This post is part of a social shopper marketing insight campaign with Pollinate Media Group® and All You Magazine, but all my opinions are my own. #pmedia #lifeforless http://my-disclosur.es/OBsstV

A delicious baked ham using just a few simple ingredients … perfect for your Easter table or just because. 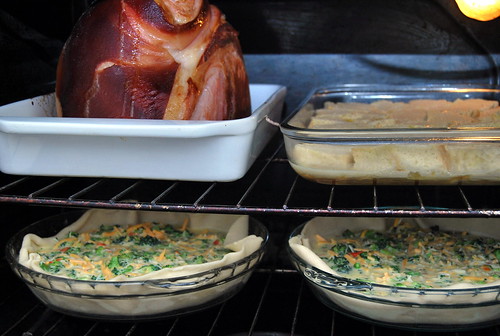 I’ve made a large baked ham several times over the past few months.

It gives me leftovers, and, thereby, a few nights off from cooking.

And you can get creative with the leftovers, so you don’t have to be faced with baked ham. Four. Nights. In. A. Row. (Think: ham salad, frittatas, omelets, in fried rice…)

Most of the time, I don’t use a recipe. I either just bake it right out of the package. Or I concoct some sort of throw-together glaze without a second thought on measurements.

Because, honestly, it’s hard to screw up.

Truth be told, the kids weren’t wild about ham the last time we had it. They’re fickle little creatures. They can looooove something one day, and if I make it a few weeks later, they swear it’s the most disgusting thing ever.

This time, I changed it up a bit and went with a recipe. As with all ham glazes, this one called for just a few basic ingredients, you baste the ham with it and let it do its thing. I liked the combination of the sweetness from the peach preserves (a natural complement to ham) combined with the sharp tang of Dijon mustard. Teensy bit of molasses flavoring from the dark brown sugar. Perfection. The ham came beautifully cooked, with a glaze that was a nice balance of sweet, but not too sweet. 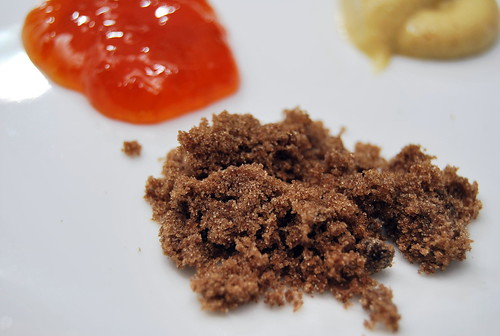 Your leftover ham would be awesome in this ham salad recipe, an old favorite of ours. It is delicious on pumpernickel, as shown below, and even just on buttery crackers with a slice of thin Cheddar. The kids love it in between two slices of wheat bread, or with crackers for smearing. 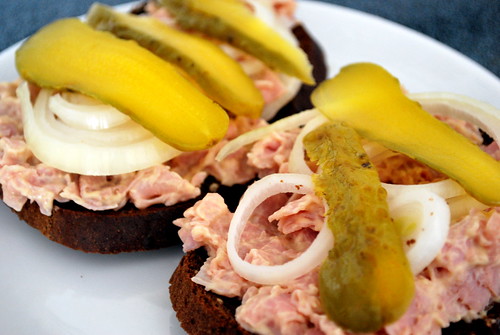 The recipe comes from the newest issue of All You magazine. Love this magazine, but I don’t buy it that often because it was only sold at Wal-Mart, and that’s not a store I go to regularly. Now, however, you can find All You at your local Target (and even Safeway, Kroger, Meijer, and Dollar General). My favorite thing about the magazine is that it’s packed with coupons. Using just a handful of them more than defrays the cost of the magazine. The issues are loaded with crafts, DIYs, and recipes, and I like that the recipes are fun twists on basic meals … nothing that is going to send you all over looking for special ingredients. You can find a $1 off coupon right here (while supplies last). 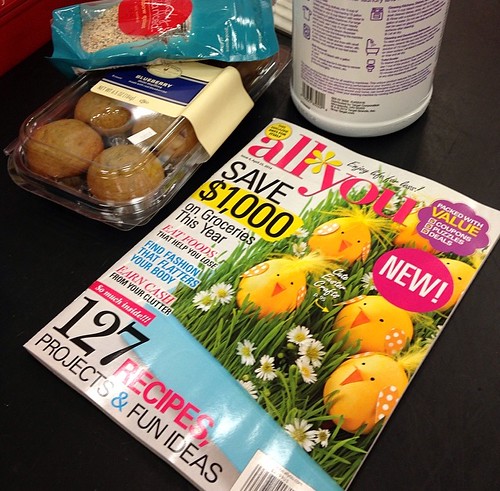 If you fill out the box below, you can enter the giveaway to win a $50 gift card to Target! Pollinate Media Group will select the winner at the end of the contest. You have until April 28th to enter. Good luck!

Peach Jam Glazed Ham
Recipe courtesy of All You magazine

Pleace ham on large platter and bring to room temperature. Preheat oven to 325. Remove skin and all but a 1/4-inch-thick layer of fat from ham; set ham fat side up in center of a large roasting pan.

In a small bowl, whisk together the preserves, mustard, sugar, and vanilla. Brush half of peach preserve mixtures over ham. Cover loosely with foil and bake for about 30 minutes, or until juices start to gather in bottom of pan.

Transfer ham to a large cutting board. Cover with foil and let rest for 15 minutes. Cut ham in thin slices against the grain and serve.

*Weekend photos in review will be up Monday night.