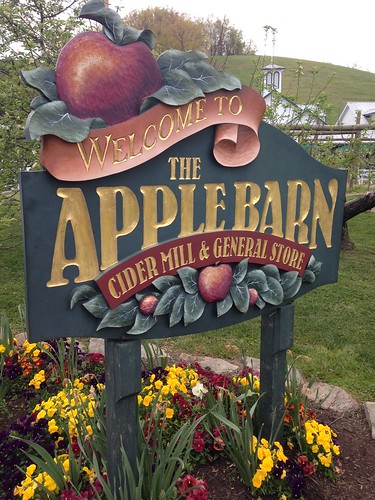 During our wanderings in Tennessee, I kept seeing signs for the Applewood Restaurant in Pigeon Forge. Although we left the great state of Tennessee with a few “must stop food visits” uncompleted, we did manage to squeeze in a meal at the Applewood. And thank goodness for that. 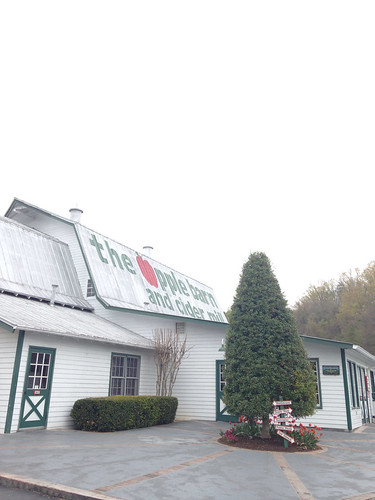 Most of our breakfasts were kind of on the fly. Grabbing something quick here and there, and taking full advantage of the hotel’s free continental breakfasts. We didn’t want to waste time with getting our day started.

But we ended up saving the best for last.

The Applewood Restaurant and adjacent candy and general store was right around the corner from the hotel we stayed at in Pigeon Forge. So on the last day, we headed over there right after we checked out.

The menu is expansive, with each item sounding more delicious than the next. It’s the kind of menu that you need to close right after you make a decision, lest you change your mind.

As soon as our waiter greeted us, he brought over a basket of fresh apple muffins, apple fritters, and apple butter. On the house.

Madeline demolished all the muffins, and the basket was happily replenished. She didn’t care for the fritters, but I did and took care of those. And the apple butter? Amazeballs. So good that I hunted it down in the general store and brought home a few jars.

Having Tennessee smoked ham had been on my “must eat” list for the week, so that was a given as part of our order. Madeline went with waffles, and Nick chose French toast. We also added biscuits, since we had been on a Southern biscuit kick for most of the week. And I had an egg white veggie stuffed omelet. Trying to be virtuous enough to balance out the apple fritters and apple butter.

Our waiter was full of Southern hospitality and the service was perfectly paced. Our food arrived pretty quickly, despite the restaurant being fairly full, especially for a weekday. 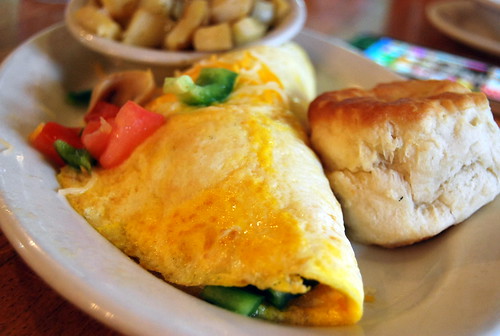 The omelet was light and fluffy, with the vegetables still retaining a slightly bit of crispness. The ham, with accompanying red eye gravy, was everything I thought it would be and more. Definitely a bit on the salty side (yes please!), with a bit of a chew, as compared to ham in the Northeast, it was delicious. They sell the Tennessee smoked ham in the adjoining general store, along with bacon and other food items, but unfortunately I did the math and it would have been unrefrigerated for too long to be safe for me to bring it home. But believe me, if there was a way, I would have been all over it. 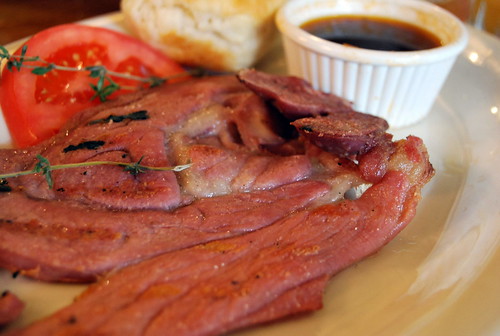 The kids’ portions of waffles and French toast were massive, but they still managed to make a decent size dent in their food. The French toast slices were nice and thick, and topped with fresh strawberries. The waffles were nicely crisped on the outside. I loved the homemade sausage, although it had a bit of a kick and was too much for her. 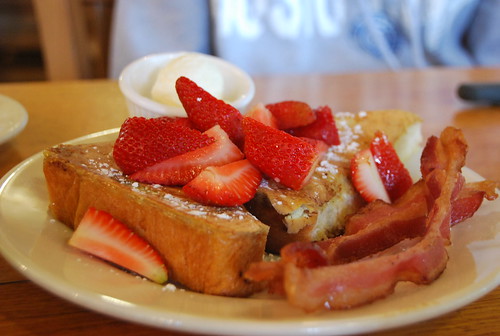 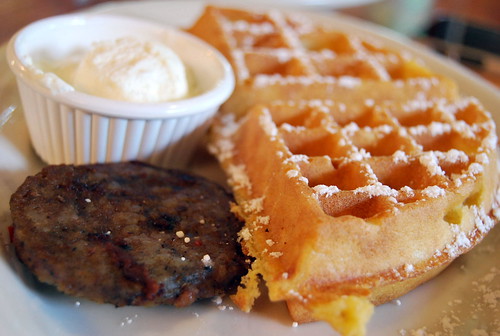 I swear we nearly had to roll ourselves out of there.

In the best possible way. 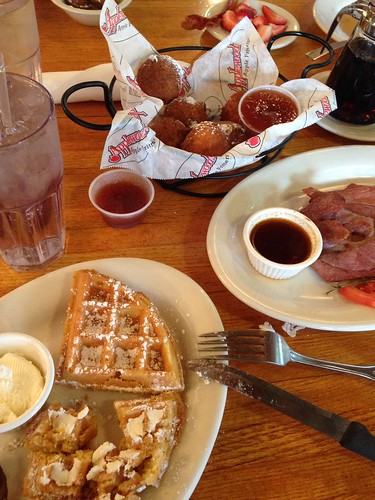 It’s a cute restaurant, with a bunch of separate rooms for diners, and the general store next door is massive. We ended up buying a few jars of the apple butter to bring home, along with a muffin mix so we could enjoy the apple muffins at home (the recipe was not given out, and not included in their cookbooks, I tried). 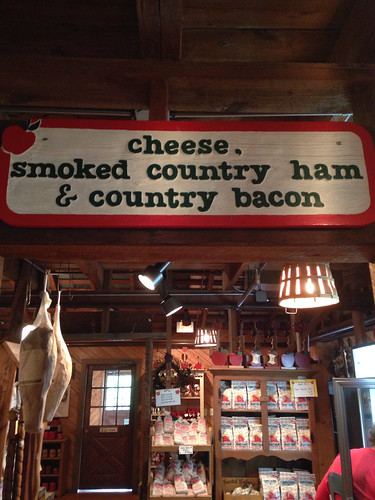 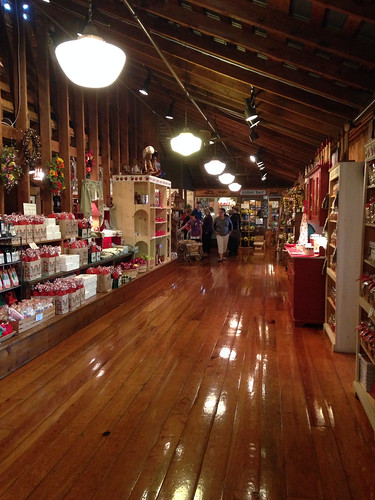 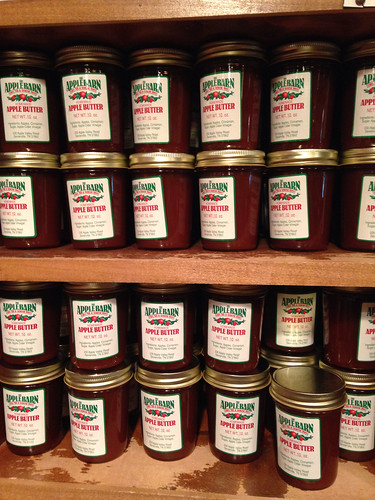 If you happen to find yourself in the area, the Apple Barn is a definite must-visit. 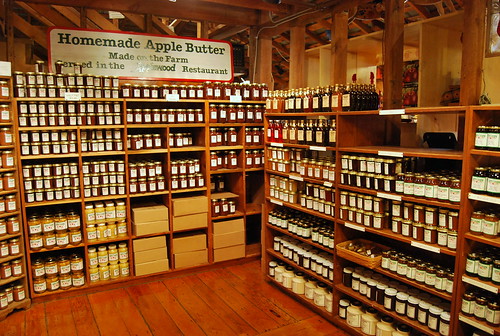 Starting with the most delicious apple butter known to mankind.

PS Two of our items made our “favorite Tennessee eats” list, which can be found right here.

Hungry for more Tennessee?
The Ripley’s Aquarium of the Smokey’s was a fun, night time visit in downtown Gatlinburg.
Our visit to RainForest Adventures was fun, with questionable vending machine prizes.
The kids loved riding The Great Smoky Mountain Wheel, and it gave us awesome views from the top (gulp).
Jack’s Bar-B-Que in Nashville was a highlight and not-to-be-missed.
Our favorite Tennessee eats can be found here.
And lastly, some highlights from our week-long adventure.