And by little, I mean driving through eight states with over thirty-three hours clocked behind the wheel. 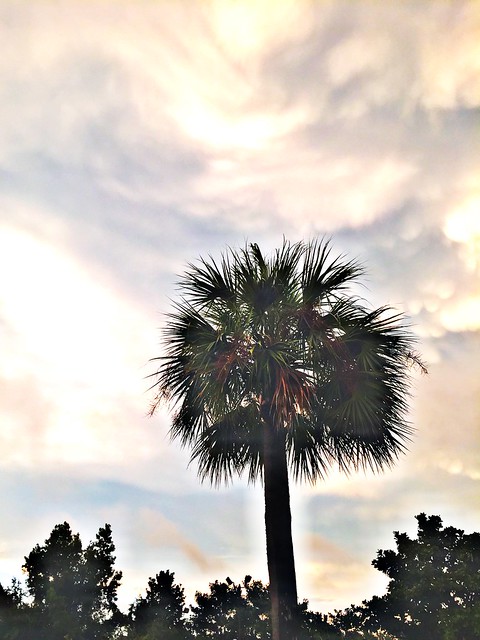 It was awesome and nerve-wracking all at once. 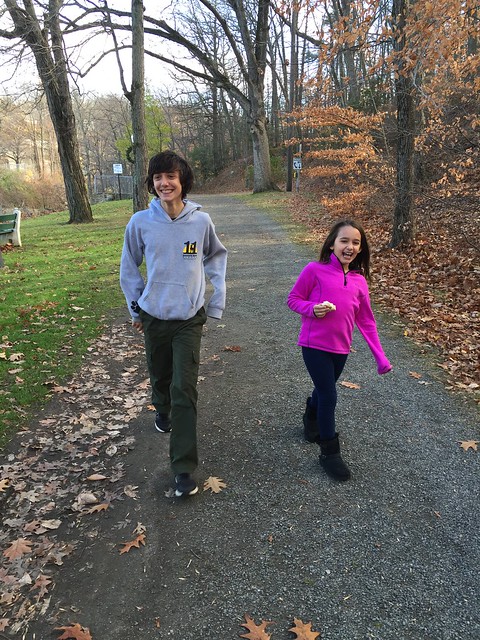 There is no one I would rather road-trip than with these two. They were truly wonderful the entire trip, even working on keeping me awake as we did the return trip in one fell swoop, breezing through DC at 2 am.

With this holiday season signaling road trips for many families, I thought I would take a few minutes to highlight some sanity savers for surviving a long journey in the car.

When you stop, multi-task. Every time we stopped, I chose our spots carefully, making sure the rest area was clean, first and foremost, but one that we could also grab a quick bite to eat, use the restroom, and get gas all in one stop. There were a few rest areas that had a Starbucks and a huge gas station/Travel Mart, so that made it very efficient. Both in our trip down to Miami, and back, we were slightly under the gun with deadlines, so although I didn’t want to add any more pressure to my task, I wanted to make sure our stops counted.

Bring things along to keep everyone occupied. Everyone brought fully charged devices (iPads, phones, iTouches, and the like), books, coloring books and crayons, and more. I also printed out a few different versions of Travel Bingo that I found online. One was for restaurants you’ll find, one was the traditional license plate game, another for road signs. It was a great thing to whip out when boredom set in, which, surprisingly, wasn’t often.

Netflix and Amazon Prime. Many months ago, my kids convinced me to get a Netflix monthly membership. Netflix is SO much more than it used to be. When I was married, it was all about DVDs and updating your movie list and getting movies in the mail to watch, returning them, and getting more. This ain’t yo mama’s Netflix. NOW, it’s all about instant access to movies and tv shows right on your tablet, which was awesome. For only $8.99, we can stream whatever we want, and although I don’t want the kids glued to a screen more than necessary, it is a lifesaver for long bouts in the car. If you have Amazon Prime, it can also provide similar benefits as you can download and watch many movies and television shows for free.

Stock up on snacks. When we stopped for food, it was often a meal. For snacks, no stopping. A few days before we hit the road, we stopped at the grocery store and everyone picked a few of their favorite healthy snacks, and one not-so-healthy snack. And then I rounded our selections out with bottles of water and juice. Munchies strike, for sure, but pulling over to just grab a quick snack means losing about a half an hour of driving time, which I wasn’t keen on doing. Stopping only for meals, and bringing snacks and drinks with us was a definite time saver.

Read up on what states you’ll be going through. When I made the decision to make this drive, I didn’t want to just breeze through all eightstates without making some sort of connection with them. I had a short little fact sheet on each state, so we could learn a little about it as we traveled through. If you know me, you KNOW we also stopped at every “Welcome to…” state sign we passed (and some are definitely easier to capture than others!), and we also tried to stop in at any of the state Travel Centers that we could. It was a great way to get a little bit of history on the state (some even had historical displays, and real orange juice taste testing in Florida), pick up a brochure or road map, and clean restrooms to boot! 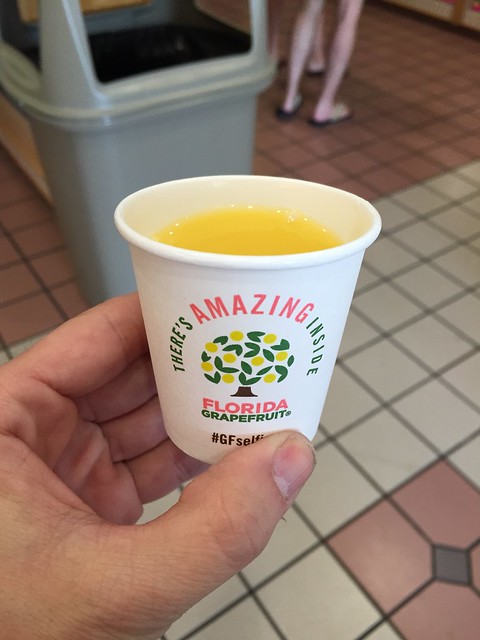 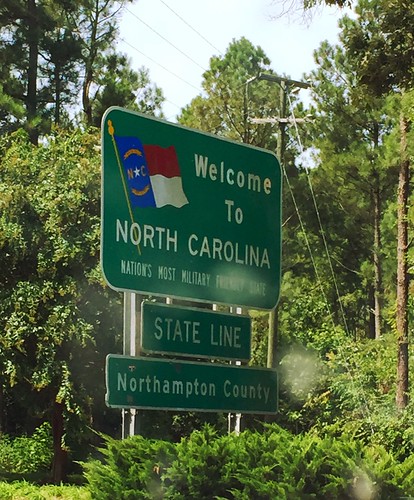 Appreciate the journey. Besides saving some money, part of the fun of a road trip is the journey itself. We took in the landscaping and the sights along the way, pulling over to capture a moment when we felt moved to do so (like the double rainbow that welcomed us to Georgia!). That’s one of the perks of a road trip – stop when you want to! 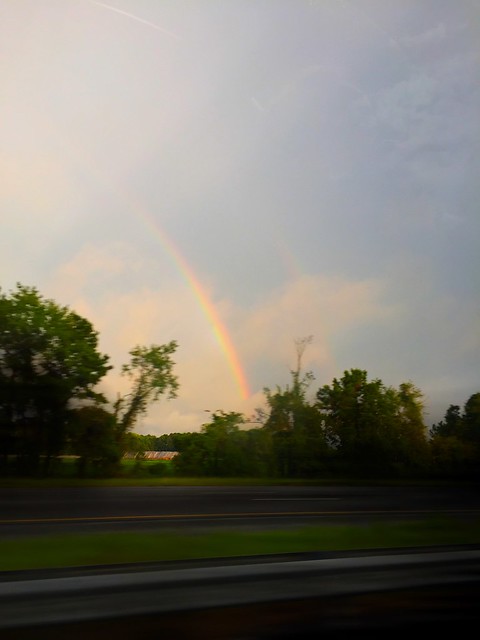 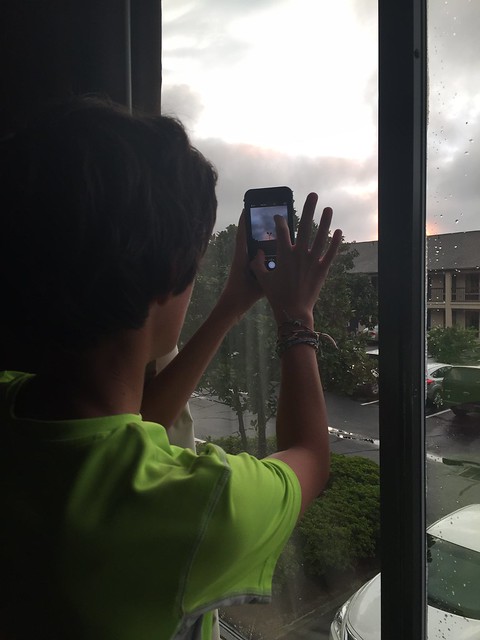 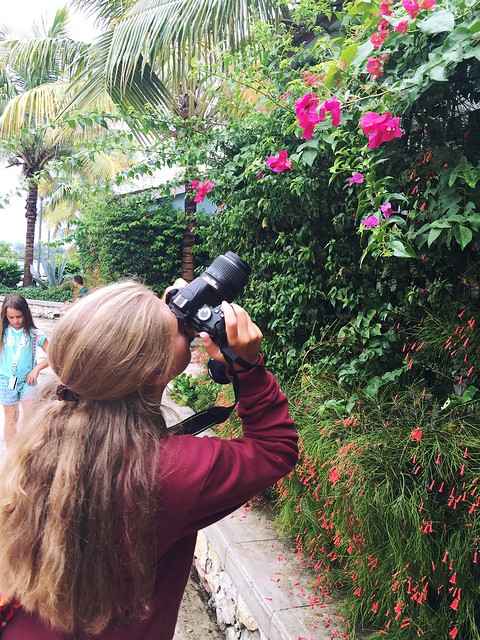 Have fun. Despite the monotonous nature of driving long stretches of highway with seemingly no end in sight, you can still have fun. I *knew* my kids would get a kick out of South of the Border, so I made sure to build in a few hours so that we could spend some time there. South of the Border deserves its very own post, coming soon. Even if it adds a bit of extra time to the duration of the trip, adding in some fun sights along the way will break the day up for everyone … even you. 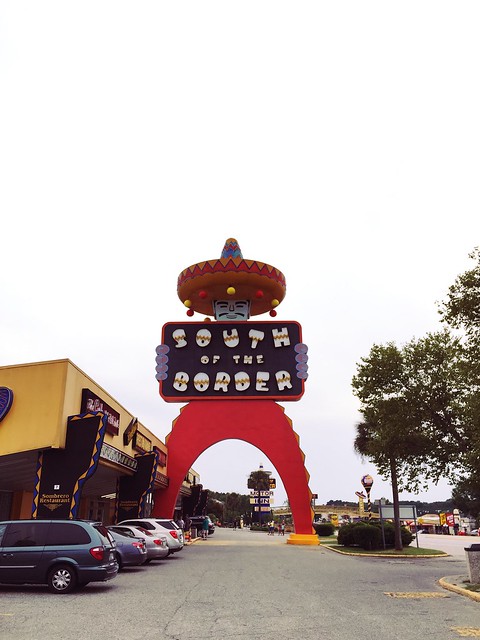 Be realistic. For our trip down to Miami, I planned it with two overnights along the way, spending nights in Virginia and Georgia. It was my first time driving such a long stretch, and I didn’t want to kill myself. I wanted to get there, but not at a breakneck pace, and that was perfect. Coming home, we woke up in Miami and hit the road right after breakfast and drove straight through, arriving at our doorstep just shy of 3 am. I knew the ONLY way I could accomplish that was by stopping every 2-3 hours. It obviously added a little bit of extra time, but it meant I could stretch my legs, get some fresh air, and grab an extra large iced coffee to fuel me through. Make sure you are realistic about your expectations and what you can truly accomplish.

Podcasts are your friend (and they’re free!). There was a period of several hours on our trek home that despite their best attempts to stay awake and keep my company, my crew was all fast asleep. Bored with the radio (and especially the static as we whizzed through states and the radio scrambled for a local station), I started listening to podcasts. The ones I listened to were mostly business and health-related (Chalene Johnson was a particular favorite), and the time in the car was both a great way for me to catch up … and to keep me engaged (read: awake) when it was dark and lonely on the road.

If podcasts are your friend, Waze is your best friend. I’ve talked about this awesome GPS app (also free) before, and after getting us from our home in New Jersey to Miami without getting lost once, I will sing its praises from the rooftop. Because it is real-time and user-generated, it is wonderful for rerouting you if there is traffic building, alerting you to an upcoming accidents, and just generally keeping you up with what’s going on along your route. Whether you’re traveling across state lines or just in your neighborhood, it is invaluable.

I have always loved road trips, and this epic one just fueled the passion even more. There’s so much out there to see and do, and it’s often just a car ride away.