I have a running list of things to do, see, eat, and visit on my phone, that way when we find ourselves with some free time and in the mood for adventuring, I have a ready list to consult and I’m not wasting time googling when we could be having fun. And that’s how we found ourselves at Rizzo’s Wildlife World a few weeks ago. My oldest was working, but my youngest was home with me and had a friend that had slept over, so I quickly scanned my list for things that they would enjoy but that her brother wouldn’t be too upset at missing. I gave the girls a couple options to choose from, and Rizzo’s was at the top of their list.

A short twenty-five minute drive from our house, it was easy to find with a huge parking lot. Ten dollar admission per person (over age 2), and we were off to explore on our own. They happened to have started a “show” a few minutes before we got there, so we quickly grabbed a seat to watch. I don’t think they do the shows on a set schedule, it seemed to be sort of as they had enough people there to form an audience, and the girls were so enthralled that we stayed for the first one and a little bit of the next one. 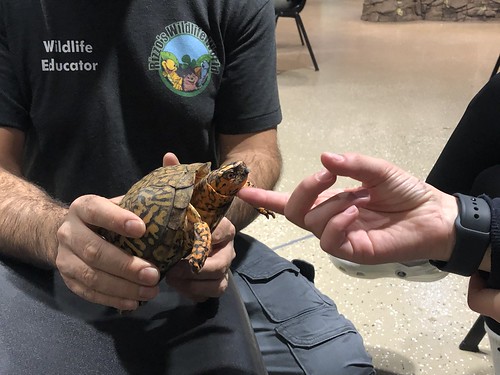 We were lucky enough that the owner was the Wildlife Educator and he is seriously hysterical, so much so that I had tears running down my face during a lot of it. He brought out different animals one by one, explained about their habits and characteristics, answered questions, and allowed the guests to touch most of them. The girls were FAR braver than I was and basically had a huge albino snake wrapped around them like it was nothing. I did TOUCH it, but I drew the line at anything else. I’ve never been a fan of snakes, and animals can pick up on your energy, so the last thing I want is a snake sensing my negative energy while it’s wrapped around my body. But the girls? They had a blast. I mean, how often do you have a snake on your lap or a lizard on your head? 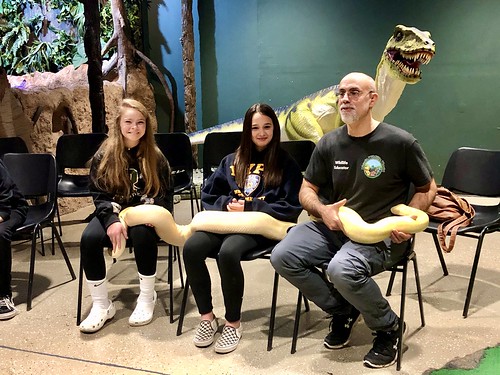 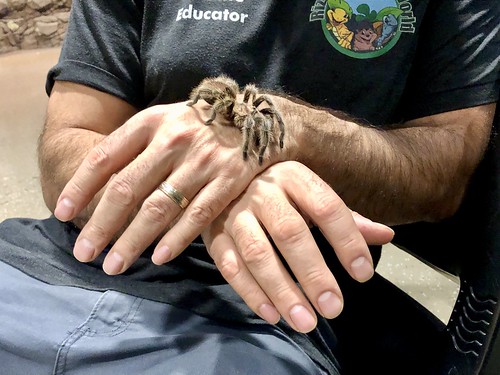