If you’re a regular reader, you know I don’t often talk about breakfast recipes. On the weekend, I rarely make breakfast. Not that we don’t have it, of course, but we usually grab a bagel while erranding, or something similar. On Sundays, The Husband and Nicholas‘ tradition is to go out to get breakfast together and let me sleep late. Can’t argue with that.

Anyways, I decided to make pancakes this morning for a change of pace. Nicholas has recently started to like them, although he is perfectly content with the box of frozen ones we have in the freezer for him on school mornings. I did a quick search on AllRecipes to come up with a few recipe possibilities. I chose the Swedish Pancakes and Oven Pancakes. Both were incredibly simple, delicious and on the table in 30 minutes. Given I had some hungry people in the house, and didn’t start cooking until 10 am, that helped a lot!

The Swedish Pancakes were exactly likes the ones I talked about when I went to IKEA on the Fourth of July. Identical. Very much like a crepe in their texture and style, they were a hit with everyone, especially with a little confectioners sugar and maple syrup drizzled over it. These will definitely be repeated. I actually bought a box of IKEA’s Swedish Pancake mix to replicate them … now I can make them very easily from scratch. And with no exotic ingredients needed, you can whip these up anytime … like crepes, they’d be great with a little Nutella. Mmmmm, yum. 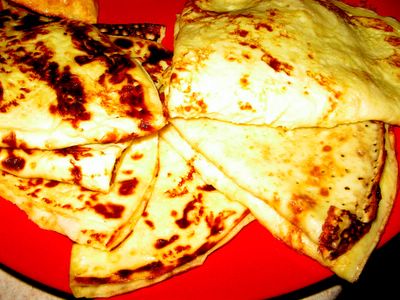 The Oven Pancake was another easy one. I made this one first and while it was in the oven, I made the Swedish Pancakes. Multi-tasking! When making it next time, I’d cut back a bit on the butter, down to 1/4 cup at least; that would be plenty. This would be great with some sauteed apples over the top. 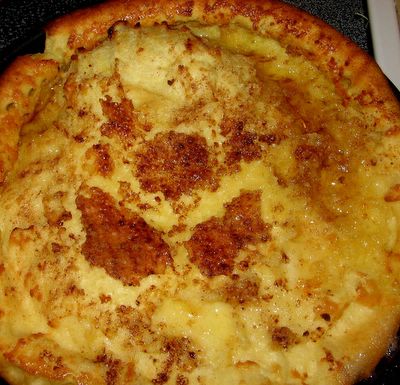 The recipe I had planned on for dinner tonight was for the grill, but since it started raining late in the afternoon, that will have to wait until tomorrow. Because our plans got thwarted so close to dinnertime, we ended up getting Chinese take-out, or as Nicholas calls it, “dinner from the chicken and rice man.”

For dessert, I was way ahead of the game, having made it yesterday afternoon, since it needs to be made a day ahead. Another new recipe, this one will be a definite keeper. It’s a European Chocolate Truffle Tart with Chocolate Ganache and truly an OMG recipe. In fact, I gave away a few pieces to friends because I knew I’d be in trouble if it all stayed here. ;)

Lastly, lest I forget the festivities of Cat Blogging Weekend, here’s a snap of Luke. He’s real hard to take a picture of because he doesn’t sit still for more than a second, but since Callie’s gotten her 15 seconds of fame already, I thought Luke was due. Check out the other participants over at Eat Stuff. 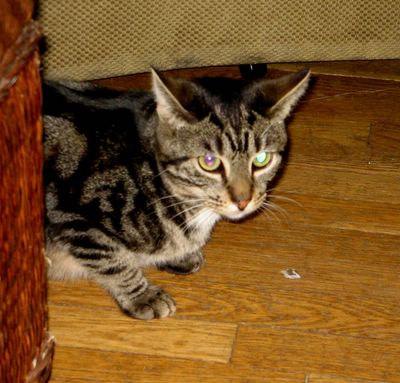 Off to watch the MTV Music Awards and spend some time with my little munchkin. Below is a picture of how he spent his afternoon. Tune in tomorrow to find out what’s hitting the grill. Until then… 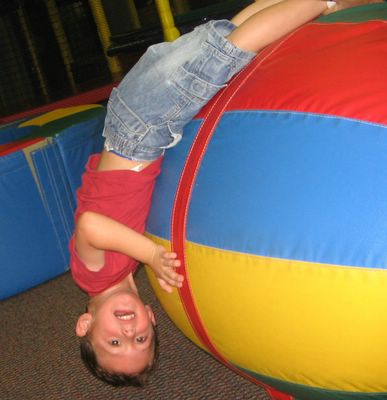 Hanging Out and don’t worry, Mom, we were holding him. 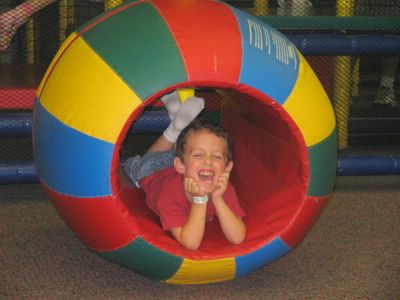 Preheat oven to 425F. In a small bowl, mix together white sugar and cinnamon; set aside. Place butter in a 9 inch cake pan and heat in the oven until melted. In a blender or food processor, whip eggs and milk. Pour in flour and beat until well combined. Pour batter into hot pan. Sprinkle on sugar and cinnamon. Bake in preheated oven for 20 to 25 minutes, or until puffed and golden. Dust with confectioners’ sugar; serve warm.

In a large bowl, beat eggs with a wire whisk. Mix in milk, flour, sugar, salt, and melted butter. Preheat a non-stick electric skillet to medium heat. Pour a thin layer of batter on skillet, and spread to edges. Cook until top surface appears dry. Cut into 2 or 4 sections, and flip with a spatula. Cook for another 2 minutes, or until golden brown. Roll each pancake up, and serve.

Preheat the oven to 350°F. Grease and line with foil an 8-inch springform pan. Melt butter in a medium-sized glass bowl in the microwave (about 1 to 2 minutes). Add the chocolate and microwave for 30 more seconds. Let sit for about 3 or 4 minutes, then add the sugar and stir until blended. When cool, stir in the beaten eggs. Pour batter into prepared pan and bake for about 30 to 35 minutes, or until a crust forms on top. Cool to room temperature then refrigerate overnight in pan. Remove cake from pan, and place cake on a wire rack over a baking sheet. Make ganache by placing the whipping cream in a large saucepan. Heat to almost boiling. Remove from burner and add chocolate chips. Let sit for about 4 to 5 minutes. Then stir to blend. Pour ganache over the cake and spread the icing over the sides. It will be a glossy icing. Carefully remove iced cake to a serving plate. Serve each slice with a dollop of whipped cream.

Cate’s Note: It would be safe to halve the ganache ingredients … there was plenty leftover.

Mix all the ingredients together thoroughly by hand or by pusling in a food processor. Adjust the seasonings as needed. COver and refrigerate until ready to spread, then bring to room temperature and thin with milk if necessary. Spread the filling in between two slices of firm white bread (I use Pepperidge Farm’s Sandwich Bread). Trim crusts and cut the sandwiches into squares, triangles or rounds.