Finally, the end of what seemed like a really long week. Funny how the shorter weeks never really seem shorter, especially at work, because we end up cramming 5 days of work into 3-1/2 days, but at least it was quiet at the office. But after a difficult visit to the PO to get a passport done, I was more than ready for today to end.

Nicholas and The Girlfriend had their Friday Night Date Night, happy as clams with their Dino Shaped Chicken Nuggets. Very discriminating tastes they have. And speaking of clams, that’s what I had … Vermicelli with White Wine Clam Sauce. Not a wow, but a simple weeknight meal (I’ll post the recipe for that one tomorrow).

Took the Pear Custard Bars into the office today and they were a hit, with the dish being nearly wiped out by lunchtime. I think I’d definitely make them again. They don’t cut quite as neatly as I’d like them to, but I’m probably a little too anal-retentive about that. They still taste pretty darn good and being a unique combination, they’re worth keeping in my file. I particularly like the pecan-studded shortbready base.

Planning a New Years’ Eve get-together with The Neighbors tomorrow night, making an earlier celebration so the kids can get involved. And let’s face it, staying up ’till midnight to see the ball drop just doesn’t have the same novelty it did 10 years ago. Guess it’s a sign we’re getting old. ;)

Planning a simple, kick back, hang out on the floor and just munch type of meal and here’s what I’ve got on tap:

Dessert and Cocktails:
The Neighbor is bringing, and I heard a rumor of Chocolate Raspberry Martinis – yum!

OK folks, all for tonight. Tune in this weekend to get the recipes for our New Years’ Eve celebration and the December New Recipe Round-Up. This weekend also brings back Weekend Dog Blogging, now in its 15th week, so if you have a cute picture of your pup you’d like to share, e-mail me the jpeg by 9 pm Sunday night and post about it on your blog. Round-up goes up Sunday night. Also, visit Kalyn’s Kitchen to participate in Weekend Herb Blogging #13 and Clare (with a reunited Kiri) at Eat Stuff for Weekend Cat Blogging #30.

I’m leaving you with a few pictures of Nicholas and Beauregard. Beau is my parents’ dog and they’ve been out of town all week, so we’ve been dogsitting. Nicholas has taken this responsibility very seriously, and I think Beau might be going home even more spoiled than he was when he came here … and I didn’t think that was possible! Until tomorrow … 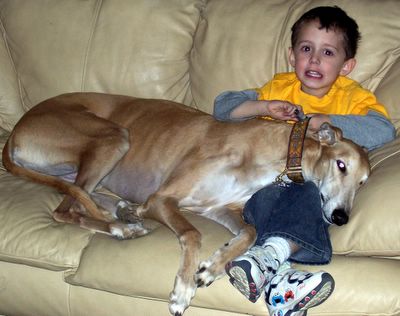 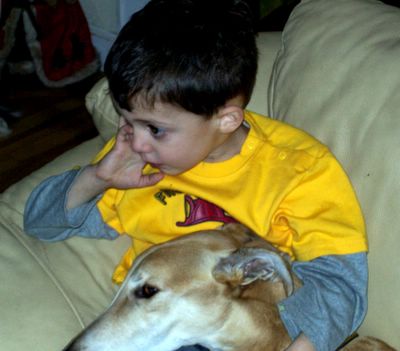 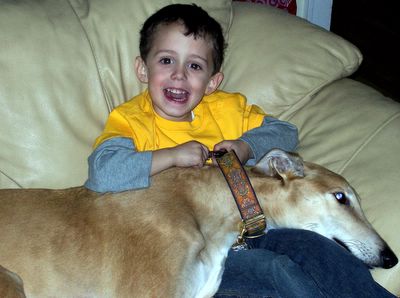 Cream butter and sugar until well mixed. Beat in flour and vanilla until creamy. Stir in nuts. Press into an 8″ pan that has been well breased. Bake at 350°F for 20 minutes or until the edges are browned. Cool completely. Cream the cream cheese with the remaining sugar, vanilla, and egg until combined. Spread mixture over cooled crust. Layer pears on top, mix cinnamon and sugar and sprinkle over pears. Bake at 375°F for 28-30 minutes. Cool and store in the refrigerator at least 2 hours before serving.