Festival season is definitely here and since the weather has finally been cooperating with us (no rain for two straight days!), we might as well take advantage of it.

Nicholas and The Husband started the morning by stopping by the Pirate Festival at the South Mountain Reservation in West Orange. It’s like the Renaissance Faire in Sterling Forest in Tuxedo, NY, just on a much smaller scale.

Nicholas got to see some pirates fighting, got a few tattoos and a nifty, shiny sword. He was a happy camper. The Pirate Festival is open every weekend in June, if you happen to be in the area. After that, they stopped at the annual Portuguese Festival in Newark. The last time The Husband and I went, it was right after we got married – 8 years ago! I opted to stay home and do gardening, but the report was that it was jam-packed. No surprise, given the perfect temperatures today. A great variety of food vendors, music and more, although it’s usually body-to-body people, there’s something for everyone. Nicholas came back with a bag of blue cotton candy for me … a guilty pleasure, and a great perk to festival season! The Husband took care of dinner tonight, the sweetie that he is, and grilled up some pork and made “black rice,” per Nicholas’ request (white rice with Cuban black beans). I had a craving for sauteed spinach, so quickly cooked some up in a pan with a little bit of extra virgin olive oil, garlic, and salt. I love plain sauteed spinach. Nicholas saw me taking the bag of spinach leaves and putting it in the pan and wanted to know what I was doing with his salad. I explained that this type of salad, if you heated it up, became spinach.

Needless to say, I couldn’t convince him to eat any of the cooked spinach, but he stole the rest of the bag from me and had it raw with a little bit of salad dressing. Crazy kid.

Alright folks, I’ll leave you with the Weekend Dog Blogging round-up. Nicholas and I went to Blockbuster and stocked up on some movies (9!!), and I promised The Husband I’d watch Jarhead with him. Until tomorrow…

A newcomer to WDB, it’s Flurry from Laura Rebecca’s Kitchen in New York. There’s a happy pup, if I ever saw one! 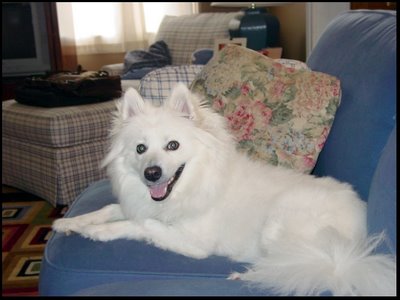 Another newcomer, it’s Puccini from Svetilen – what a cutie! 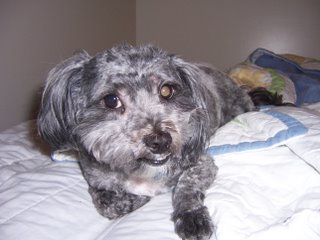 Sophie from You Gonna Eat All That? — love the tongue shots! 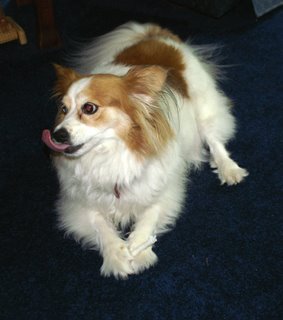 Ziggy from Soul Fusion Kitchen enjoys some gardening time with his Mom: 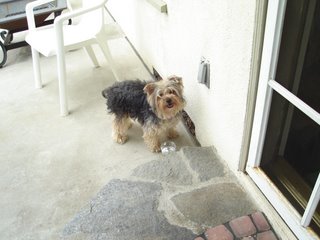 Hugo from A Self-Proclaimed Foodaholic goes back, back, waaaay back in time to when he was just a wee little pup: Simba from Up a Creek Without a PatL is tired of those silly posed-smile shots and mixes it up a bit: 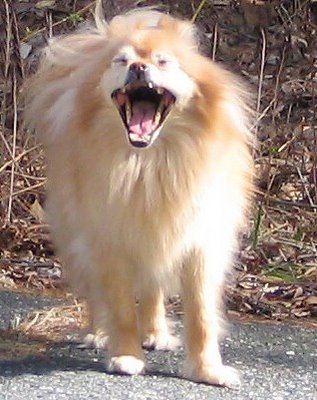 Mr. Woofy from The Kitchen Wench gets some cruel and unusual punishment. ;) This one cracked me up!

Jazz and Tara stop by from Live the Life – Vegan-Style in Northern Ireland – too cute! Letta from Something So Clever models a colorful new vest for us:

Now this is livin’ it up. Buddy from Peanut Butter Etouffe travels in style (a 65 ‘stang convertible, thank you very much) to his favorite BBQ joint. He’s got the life, for sure! 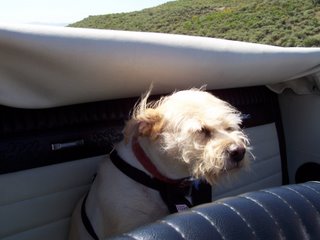 The trio from Dispensing Happiness check in: 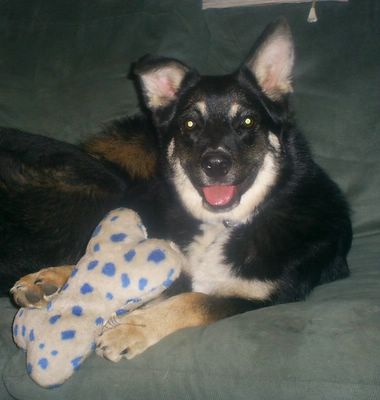 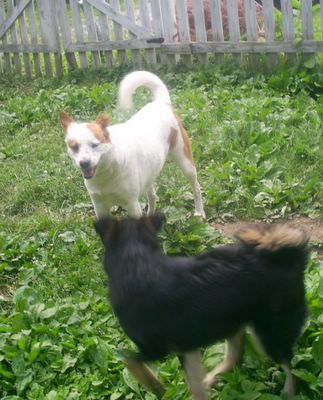 Poor Bailey from The Savory Notebook hasn’t been reunited with his family yet, but hopefully it won’t be much longer: 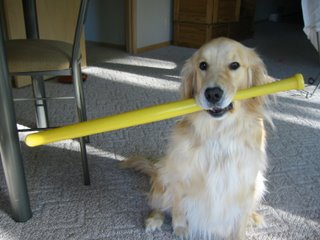 The always-on-the-job Lucky Buddy Bear from Farmgirl Fare takes a quick nap in the hay with Cary: 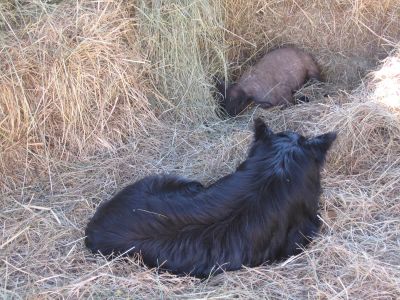 And lastly, our own dog, Eli, enjoying a car ride: Don’t forget to also join my Weekend Dog Blogging group on Flickr and post your pictures there as well.