My sister said that I needn’t bring anything to the New Years’ Day dinner yesterday, but what kind of guest would I be if I showed up empty-handed? It’s been a little while since Nicholas and I baked, so I decided to go with a cookie platter. As soon as he heard me clanging around in the kitchen yesterday morning, he came running in, dragging the stepstool behind him. “What are you making? Can I help? I want to help. Mama, what are you making?” I told him cookies and he was quite pleased with that, giggling at the name, Snickerdoodles. He loved saying that, giggling each time, saying it over and over again. Snickerdoodles. Snickerdoodles. Snickerdoodles.

So I was catching up on my Christmas magazines, and got through Better Homes and Gardens’ Christmas Cookies issue. If you still see that one on the newsstand and haven’t picked up your copy yet, do so. I ripped out so much from that one, it was in near tatters when I was done with it. We ended up making Cinnamon-Nut Spice Cookies and the aforementioned Snickerdoodles. Snickerdoodles. Snickerdoodles. Snickerdoodles. Both were quite good, but for me, the Cinnamon-Nut Spice Cookies are a new favorite. There’s a bakery that my Mom and I sometimes go to in Ridgewood and they have amazingly delicious cookies that are ridiculously overpriced (they end up being about $1/cookie, for a regular/small size). Anyway, if I add a little bit of glaze on top of the Cinnamon-Nut Spice Cookies, it is very close to one of our favorites from that bakery. And since they won’t give me the recipe or even the ingredients, the fact that I found a recipe that is very close made the magazine worth every penny of its $3.99 pricetag. A light sugary cookie with hints of cinnamon, crispy on the outside and slightly soft on the inside, they are all-around delicious. I had already finished making and baking those cookies when Nicholas found me, so I put him to work on the Snickerdoodles, molding each piece of dough into a ball. This is the first time he’s rolled dough into a ball on his own and I was amazed at how quickly he picked up on it and how well he did it. Better still, that’s one of my least favorite parts of a cookie recipe, so now I know who to call; and the Snickerdoodle recipe yielded 8 dozen cookies, so you know he got good practice!

The refrigerator could not be more full, so no way could I make something for dinner tonight without working on its contents a bit. It has turned a little chilly here in New Jersey, so it was the perfect night for soup weather. Using ingredients I had on hand already, I went with the tummy-warming Sweetnicks’ Beer and Cheddar Soup. A very easy recipe, it hit the spot, and serves as my contribution for tnight’s ARF/5-A-Day roundup.

A year ago today… Pepperoni Pie and Sunday Gravy.

Claire from Cooking is Medicine starts us off with one of our very own favorites, Spinach Cheese Squares – love them! Catherine from Albion Cooks takes the unusual combination of spaghetti and cauliflower to create a beautiful dish to kick off the new year: 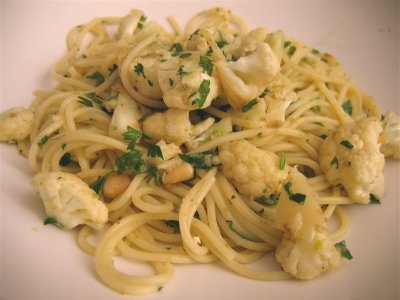 The Cookbook Junkie from Pennsylvania serves up the ultra-healthy Multi-Grain and Cherry Muffins: 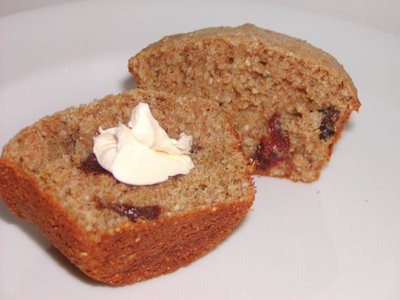 A Fridge Full of Food joins us for the first time, contributing her Deviled Egg Salad: And lastly, Cucina Bella from Connecticut dishes up some very fancy Lobster Stuffed Mushrooms. You can’t go wrong with lobster. Drop dough by rounded teaspoons 2 inches apart onto an ungreased cookie sheet (I greased mine). In a small bowl, stir together the remaining cinnamon and sugar. Sprinkle dough mounds with sugar mixture. (Why dirty a bowl? Use a ziploc bag to mix the two; I did). Bake in preheated oven for 11 to 13 minutes or until edges are firm. Let stand on cookie sheet for 1 minute. Transfer cookies to a wire rack; let cool. Makes about 48.

To Store: Layer cookies between waxed paper in an airtight storage container; cover. Store at room temperature for up to 3 days or freeze for up to 3 months.