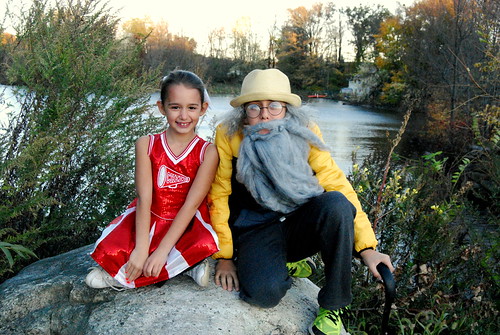 We just dropped off eight pounds of candy at a local dentist for the Halloween Candy Buy Back program, and except for the candy on my dining room table, the whirlwind festivities of Halloween Week are officially done. Ever since Snowtober of 2011, and Hurricane Sandy killing Halloween for 2012, I am kind of obsessed with doing everything we can to celebrate Halloween.

And I think we did just that. 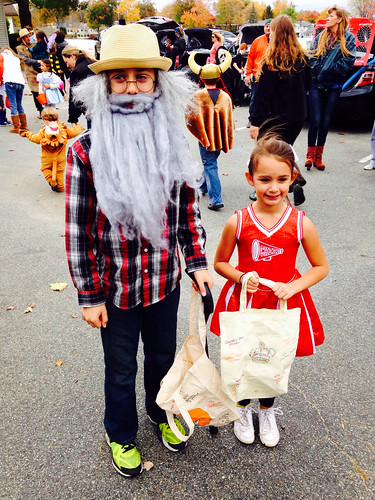 We kicked it off last Saturday with Halloween festivities at Turtle Back Zoo, and on Sunday we had a Trunk or Treat in our neighborhood, followed by Haunted Trick or Treating at night time at Waterloo Village. Then, on Tuesday, we had a Halloween party with Madeline’s Girl Scout troop. And on Thursday, we did a Halloween parade downtown which, despite having lived here for 13 years, was my first time participating in it. 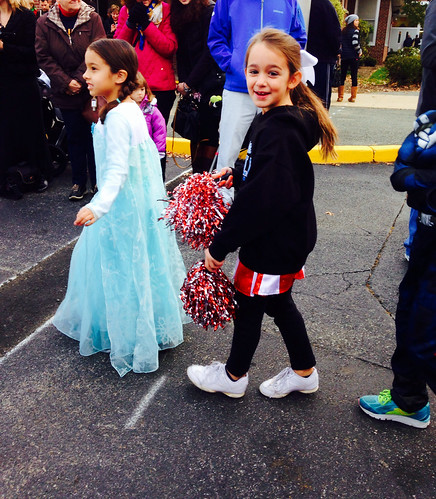 Friday was a Halloween parade at Madeline’s school, followed by her class party. The afternoon brought Trunk or Treating at her school, and then neighborhood Trick or Treating at night. 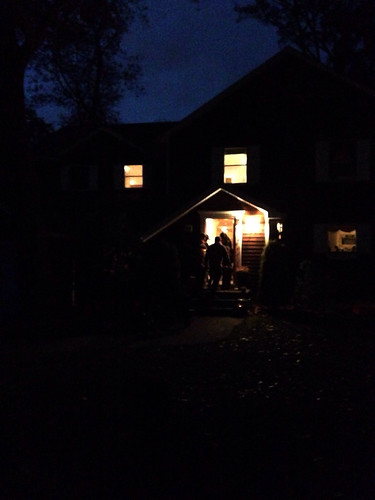 Which means the kids got FULL use out of their Halloween costumes for a ridiculous amount of times. That is kind of awesome. Madeline went as a cheerleader, which seriously blurred the lines between fantasy and reality. It really should come as no surprise since she couldn’t love cheer more. We happened to stumble upon the costume while out picking up something in September, and a friend made her a cheer hair bow to match. Nick went as an old man, an idea that I loved. It reminded me of costumes that we used to choose as kids … home spun, pulling together a little of this and that, and ransacking our closets to use what we had. It was great… and perfect for him. When we were out, he would hobble along with a cane, and he was so convincing that a restaurant owner even thought he was a real old man. Which thrilled him to no end.

As you can imagine, we ended up with a MASSIVE amount of candy. The kids picked out a few favorites, and the rest we donated to a local dentist participating in the Halloween Candy Buy Back program. You can find a local dentist that participates here, and all the candy donated gets sent to the troops. 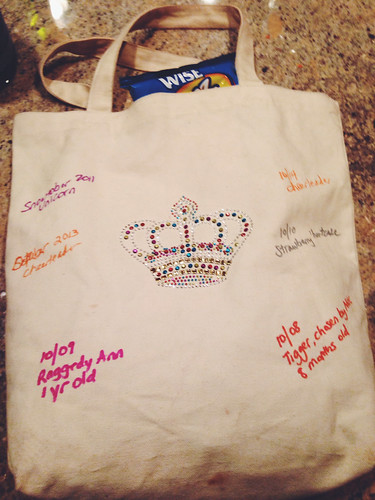 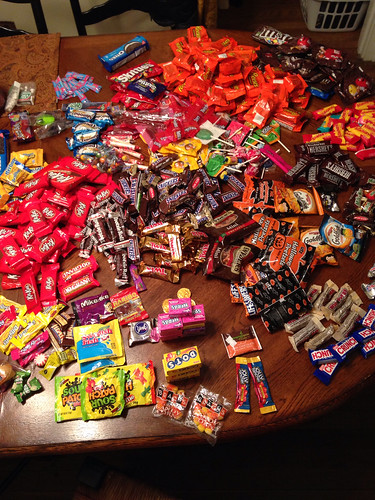 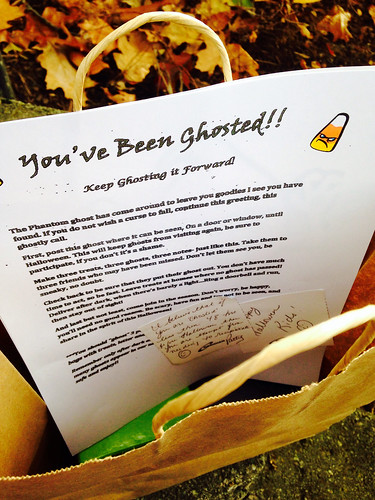 If you’re looking for recipes to use up some of your Halloween excess, you might try:
Halloween Peanut Butter and Toffee Candy Bark from Bon Appetit magazine (2010)
Loaded M&M Cookie Bars from Averie Cooks
Jenny from Picky Palate has a great collection of recipes to use Halloween candy right here
Hungry Girl has many slightly less sinful recipes for your candy here

And lastly … a trip down memory lane. Every year (with the exception of 2012/Hurricane Sandy), we take a Halloween picture on this rock in our neighborhood, and this year was no exception. I love seeing the different costumes, how the kids are changing, and even how different the trees are from year to year. I don’t love that they’re growing up … too fast. 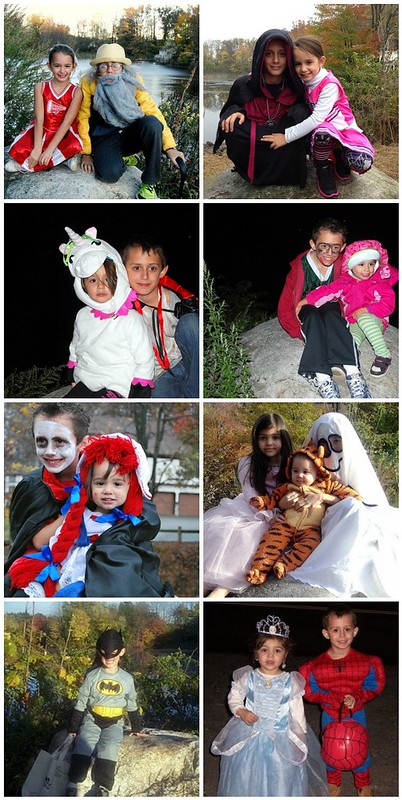 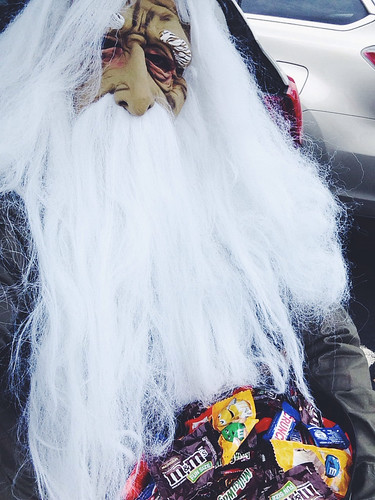 *my costume this year*