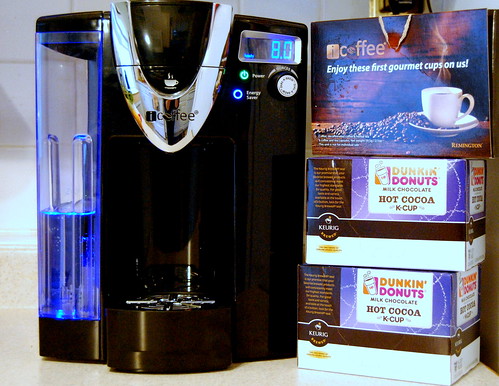 To say I’m a late adopter to coffee would be an understatement. To be honest (or #tbh if you’re a tween), I didn’t really have my first cup of hot coffee until 2011 (at age 40!) when I was in Seattle on a trip to Starbucks Coffee College. Although I still don’t care for hot drinks, I was most definitely seduced by the taste of coffee then more than ever. I had always liked coffee ice cream up until then, so the coffee flavor and I were golden. It is simply a hot drink aversion.

Back then I was dating Mystic and he was addicted to iced coffee. And during our relationship, he got me hooked on it something fierce. I had given up Diet Coke then and iced coffee quickly and neatly filled that void.

I think that’s a good thing.

Not that I actually buy it for them, but if I don’t keep an eye on my cup, they have been known to swipe it.

Because I am admittedly late to the coffee arena, it means that my home is generally not prepped to give you a cup of coffee if you visit. I make a cold-brew for my own iced coffee, so I always have a pitcher of that available (a post on that process is coming soon). But if you want hot coffee?

Well, you would have been out of luck.

When The Ex and I were married, we had an espresso machine, and, as my mom says, he made the best Cuban coffee ever.

That machine and the best Cuban coffee went with him.

And so I now have started a relationship with the iCoffee Opus.

Similar to its counterparts, it allows you to make one coffee at a time. Whatever kind you want.

Which is pretty perfect for when we have company over.

Or the kids want hot chocolate.

Or if I want to try a flavor without a whole-pot commitment. 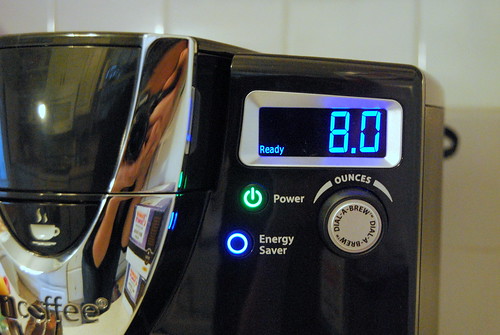 The machine itself is pretty sleek looking and very simple to operate, which is awesome because I have a thing against reading directions or manuals. I want to just take it out of the box, set it up intuitively, and begin using it right away. It turns out my 12-year-old is pretty much the same way, and he had this set up and making hot chocolate in minutes.

The machine operates with a SpinBrew technology, which sprays water all inside the pod to thoroughly mix up the grounds and really get in there, which is said to provide a smoother taste. You will have to be the judge of that, because I’m not a coffee snob. I am particular, for sure, but my interests lie in cost (at $140, it is significantly less expensive than its competitors), ease of operation, what it looks like, and, when you come right down to it, if it fulfills my needs.

You can use any K-cups or non-branded cups in this machine. You can also use fresh grounds and put them into a little cup that comes with the machine.

So the machine isn’t snobby either.

Which is exactly how it’s earned a permanent spot on our kitchen counter.

For more details on the taste of the cup of coffee that the Opus produces, you might want to check out this recent study that the Ohio State University Sensory Science Group did, comparing the taste of brewed Starbucks coffee in the Opus versus the Keurig.

It doesn’t have all the bells and whistles, necessarily, that some of its counterparts do, and honestly, I find that to be a positive thing. Less to deal with, and less to potentially go wrong or need maintenance. It’s like buying a car that has those fancy windshield wipers for the headlights.

As this particular brewer was just released last month, it’s slowly making its way to the marketplace. You can check here to locate a store that sells it, and Bed, Bath & Beyond is definitely one of them.

It might not be as good as my ex-husband’s cup of Cuban coffee, but it’s shaping up to be the next best thing.

And it just might be the perfect gift idea for someone special on your Christmas list … or yourself. I won’t tell.

*I was provided with an iCoffee Opus for review, but all opinions, as always, are all mine.