Fresh conch on the island of the Bahamas? I think that’s a yes. Always a yes. 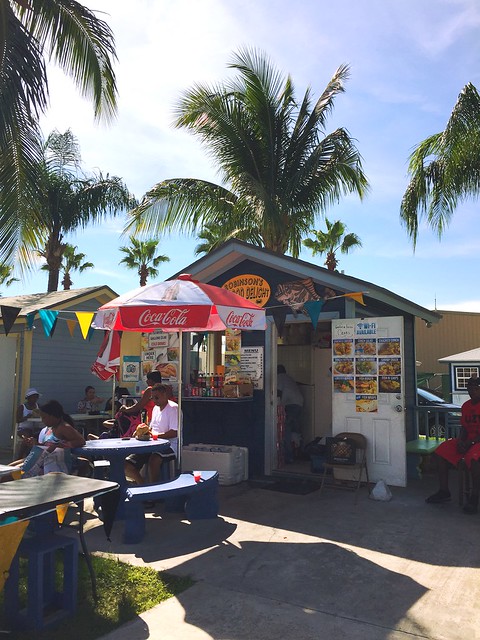 When it comes to exploring local cuisine, whether we’re near or far, I try to find out what is local and popular to that area so we can try something new, and really immerse ourselves. Because, really, isn’t that one of the highlights of traveling?

Which means that when I saw a conch stand on a trip to the Bahamas, we stopped. I have never tried conch, and neither have the kids, and a little seafood shack set up on the shore with live music seemed like the perfect place to do it.

When I say Robinson’s Seafood Delight is a shack, it really is. A tiny little place, with a picnic table or two in front, conch is what they specialize in, and there’s definitely no room for anything else.

Despite the small footprint of the shack, it cracked me up to find that they had WiFi. That’s a smart entrepreneur right there, selling his password to WiFi-craving tourists for $3.50 a clip. Not only do they have WiFi, they also have a pretty good following on their Trip Advisor page, and are, not really surprisingly, consistently lauded as one of the best eats in the Bahamas.

Which means only one thing > looks can be deceiving. Never having had conch before, and with kids that were feeling decidedly unadventurous since they don’t eat any seafood of any kind, we went with one order of conch fritters and split it amongst us. All the menu items are made to order, and it was ready in about ten minutes. In addition to conch, they also serve a few other seafood items as well, like grouper and lobster. 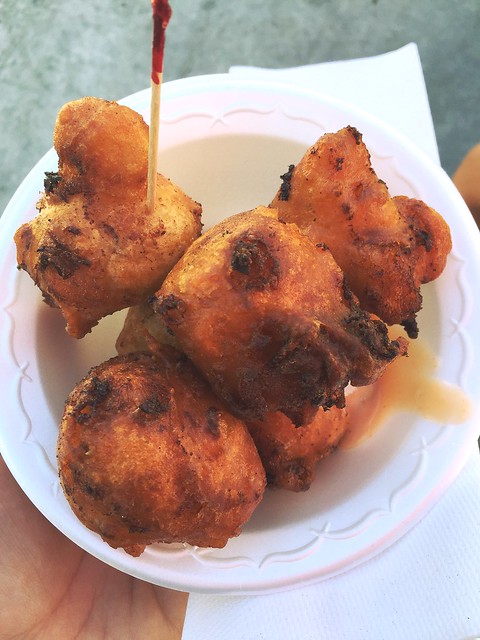 It was super hot when we got it, which is not a big surprise since it was fresh from the fryer, so as we waited for it to cool, we kept ourselves entertained by watching a street performer. He was awesome, but quickly got upstaged by a six year old that jumped in to do the Nae Nae with him. The kid was so good that the street performer actually stopped his routine to watch and record him.

Now for the conch. The batter reminded me a bit of a hush puppy coating, and it was nice and crispy, and we drizzled a little bit of their special homemade sauce over it before digging in. The shack has a great variety of sauces, depending on how mild or hot you want it, as well as fresh lime juice. The conch meat itself reminded me a bit of a clam, but slightly more dense and chewy, and, to be quite honest, didn’t have a ton of flavor on its own. It was a tasty little snack that was the perfect way to try some local food before heading on our way, and a great bite for those that don’t particularly like seafood since it doesn’t have an overwhelming fishy taste or smell. 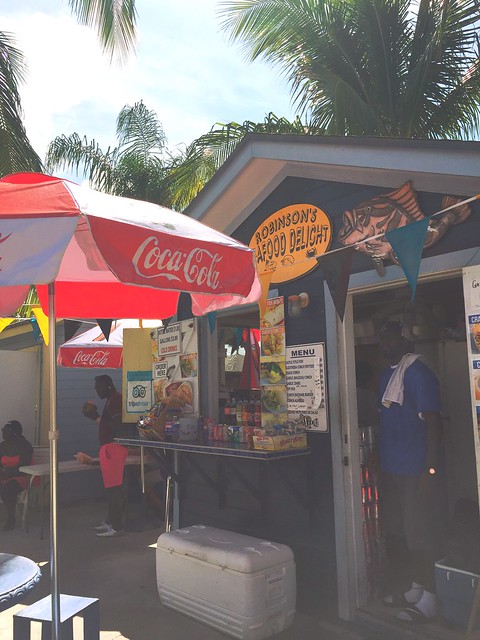 If you happen to find yourself on the shores of the Bahamas, seek out Robinson’s. Grab yourself a cold drink, and one of their seafood menu items and relax for a bit. It’s a fun way to spend an afternoon like a local.