Moist, dense, and fudgy, this Flourless Chocolate Cake is a super simple cake designed to impress. 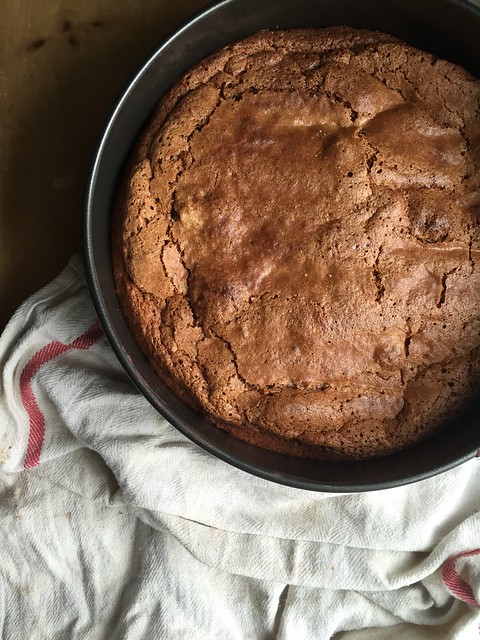 After copious amounts of cake, cupcakes, and cookies to celebrate Madeline’s birthday over the last week, you would think we would be done with sweets for a bit.

You would be wrong.

We were almost done.

On Monday, we all converged at my sister and brother-in-law’s place to celebrate her birthday, and I volunteered to bring dessert.

At that point, between all the cooking and baking I had done for Madeline’s birthday, coupled with the fact that we don’t currently have a working dishwasher, I was pretty over doing any more dishes.

Which means when I was trying to decide what to make, I wanted to keep it simple, but still have something worthy of the occasion.

I originally went with chocolate-studded brownies, but it didn’t yield enough for everyone, which means I was scrambling for a second dessert at the eleventh hour.

So much for keeping it simple.

The best laid plans and all.

I had noticed this Bon Appetit recipe for a Flourless Chocolate Cake earlier in the week, and since I had just cleaned out all our kitchen cabinets, I knew I had most of the ingredients on hand.

The recipe comes from celebrated cookbook author, Richard Sax, who has quite the library of cookbooks

, and this particular recipe is actually featured on the cover of his Classic Home Desserts: A Treasury of Heirloom and Contemporary Recipes 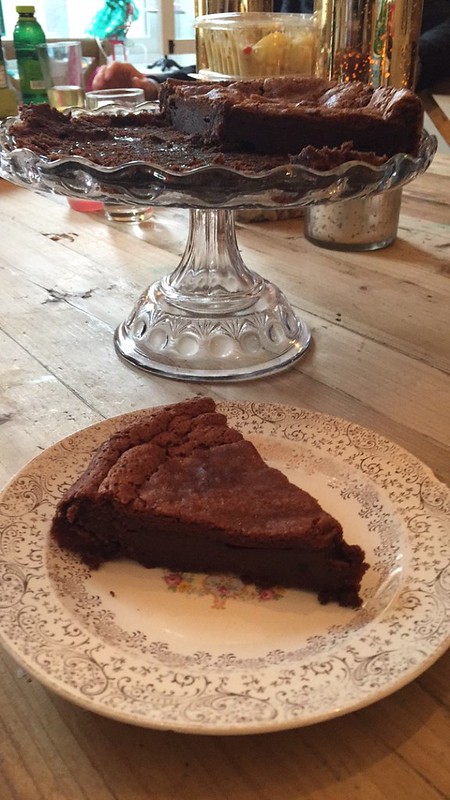 If you haven’t had flourless cake before, it is something pretty special. More dense than traditional cake made with flour, it also is extra fudgy and downright delicious.

Which made it perfect for birthday celebrations.

Bonus points for being able to slide it into the oven under thirty minutes after the decision to make it.

It’s a good recipe to keep on stand-by … for when you are having last minute guests over. For when you are in the mood for something slightly rich and very chocolatey. For when you have a double birthday weekend sandwiched around Valentine’s Day.

Topped with whipped cream, it was perfect. 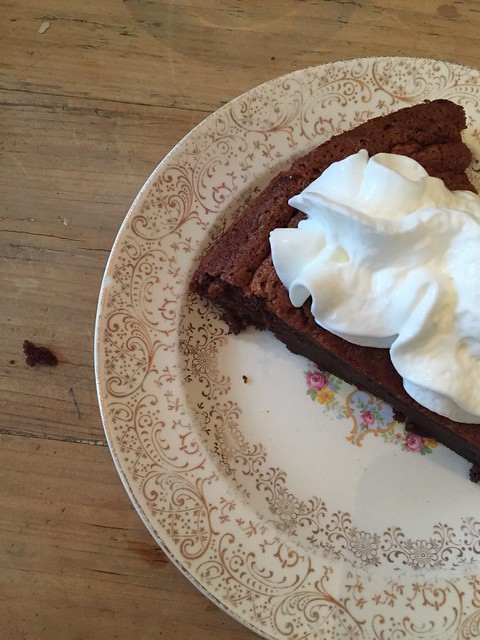