If you’re looking to get a thoroughly fun tour of Boston, hop on a duck tour! 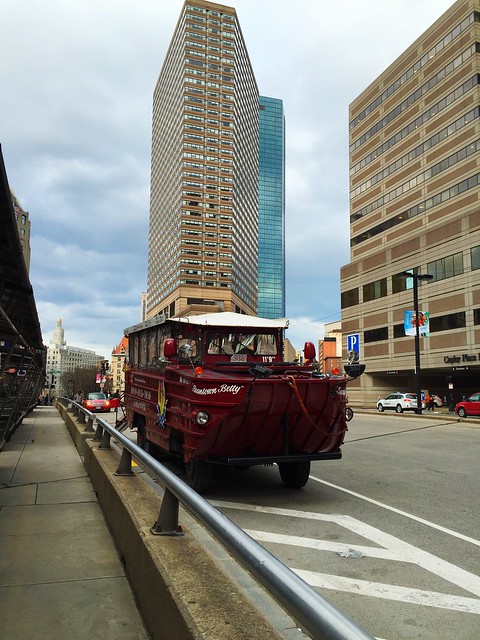 Two weeks ago, during Nick and Madeline’s Spring Break, we headed up to Boston to spend the day with Sarah and her kids. She moved to Maine two years ago, and we haven’t seen each other in forever. Boston is kind of a halfway point for us, and my kids have never been. I couldn’t think of a better reason.

My “to do” list for Boston was definitely ambitious. In fact, I think we only got through half of it. There is just so much to see and do there, such a great town that is so rich with history … we’ll just have to make a repeat visit. I used to go often when I was in my early 20s, but I’ve been remiss in taking my kids.

Doing a duck tour was definitely on our short list because we’ve never done one before (and Denise from Chez Us highly recommended it), and I thought it would be an awesome mix of both fun and educational.

Spoiler alert: it was. 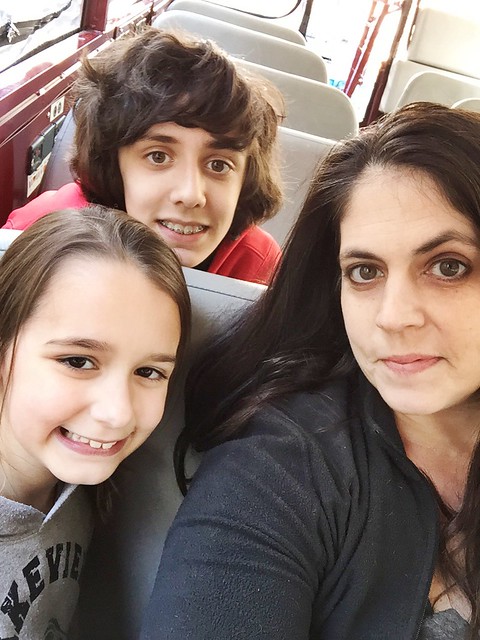 You can hop on a duck tour at three different locations in Boston, and we chose the Prudential Center location. If you know you’re going to be visiting and doing a tour, check Groupon or LivingSocial to see if they have deals on the tour tickets (LivingSocial had a current deal when we were there). You can also save a few dollars if you have a student ID (and yes, I totally whipped mine out). First word of advice: buy your tickets ahead of time. Although the tours run frequently, they ARE popular and, especially as the nicer weather is upon us, they do sell out.

We arrived, as requested, fifteen minutes before our tour was scheduled to leave and waited at their benches. MC History, our tour guide and driver (or “ConDUCKtor”), showed up, and he was every bit as fun and friendly as you would imagine. He definitely knows the city backwards and forwards and had fun little tidbits to share about different buildings, movies that were filmed there, famous people that had lived there, and historical facts. He was pretty much a walking encyclopedia of all things Boston. 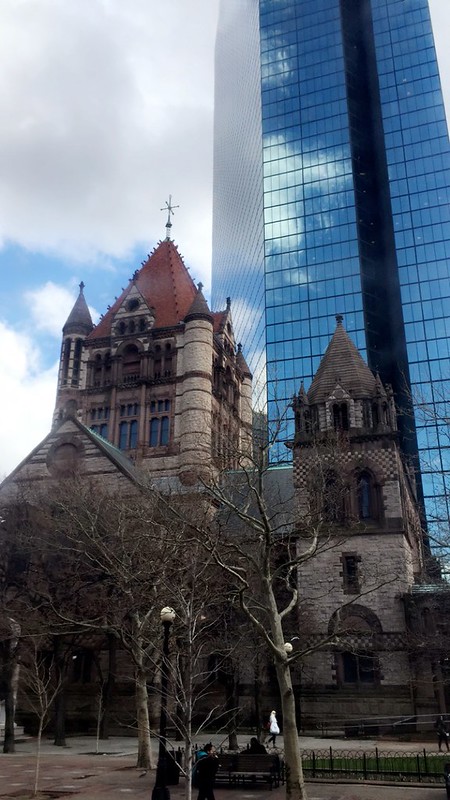 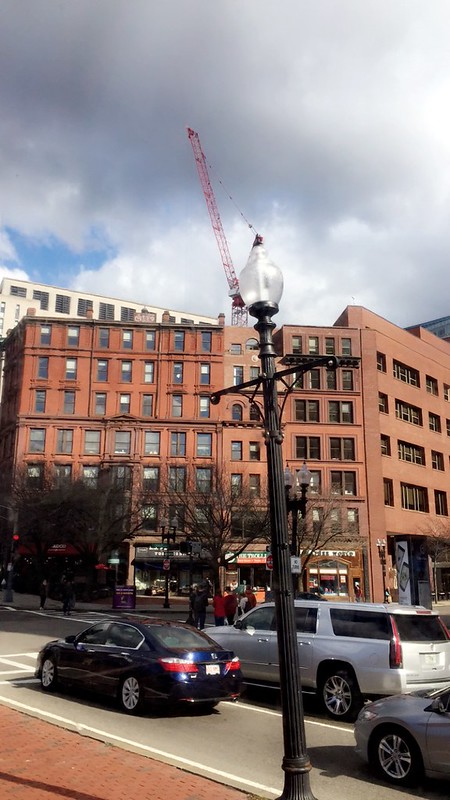 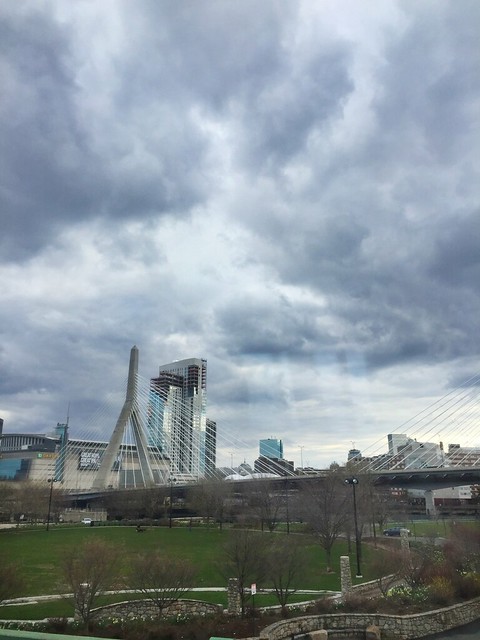 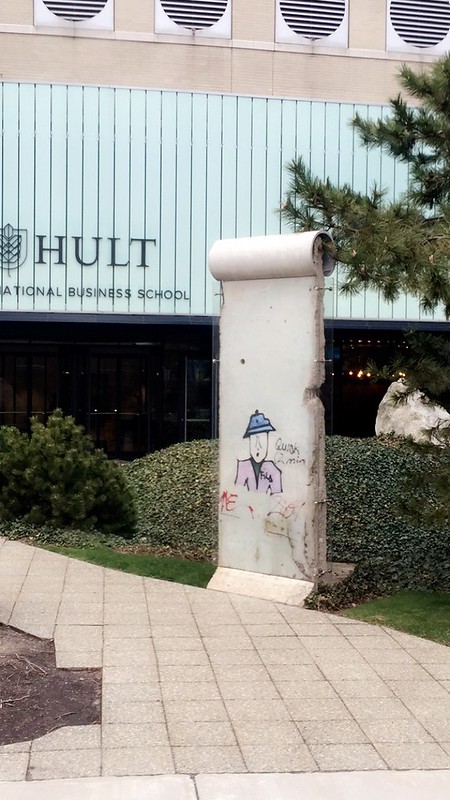 *A piece of the Berlin wall 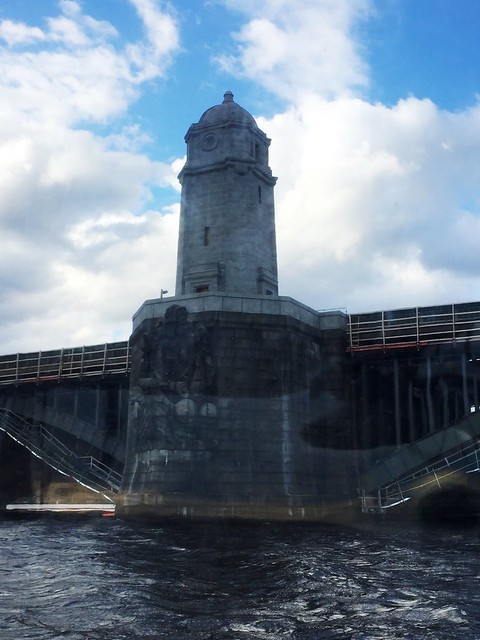 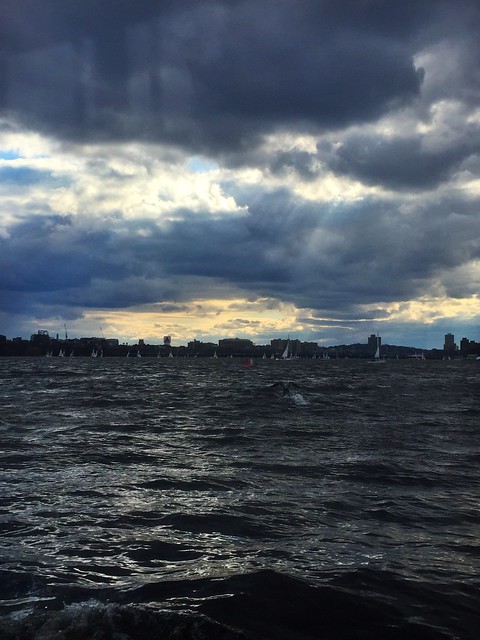 The weather in Boston when we were there was kind of crazy. There were bouts of hail (yes, HAIL!), bursts of blue skies, and sunshine, and rain. All in the same day. Just look at how different the sky looks in all these duck tour pictures! Luckily it wasn’t raining when we were on the tour, and the “ducks” are heated. The only drawback is a) I don’t think he had the heat on and b) the windshield of the “duck” pops open in a really weird but awesome way, and our guide did it quite a few times, and each time, it let in a blast of cold air. So, dress appropriately for the weather, and then bring an extra layer just in case.

The tour lasts approximately one hour and twenty minutes. An hour of it is on land throughout the different neighborhoods of Boston, and then twenty minutes of it is in water, namely the Charles River. Having never done a duck tour before, I’ve gotta be honest, Madeline and I definitely exchanged an anxious glance with each other as the truck converted into a duck and we first went into the water (especially because the guide made sure to point out the life vests!), and him telling us how cold the water was definitely didn’t help. But once we were in and got settled, it was very cool. Such a unique way to see some of the sights. 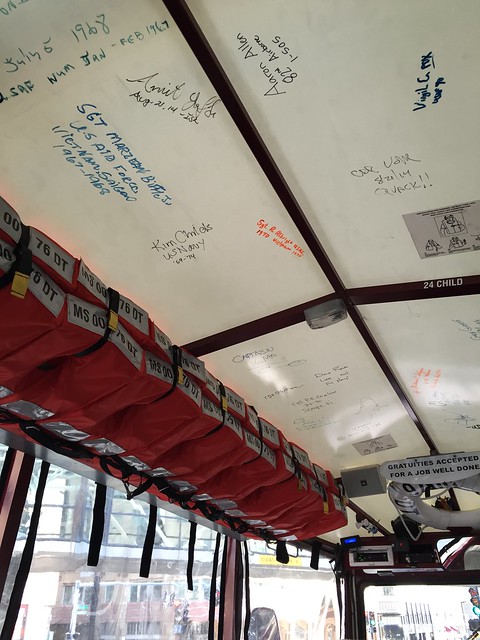 MC History let a few of the kids take control and drive the duck when we were in the water (so cool!). Maddie was the last to go up because she was a little nervous, but I gave her a nudge and said, “You will regret it later if you don’t do it.” And, of course, once she got up there, she was thrilled. 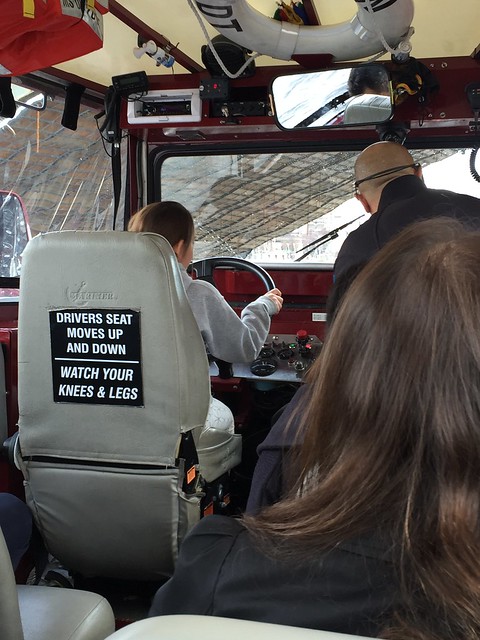 I uploaded a little video of the duck heading into the water over on my Instagram account.

If you’re looking for a fun way to see the city, it’s definitely worth doing a duck tour. You can find all the location information and tour times on their web site, and even purchase tickets ahead of time.