A unique, little well-kept secret of a museum that you should visit … because the Jersey Shore is more than just beaches. 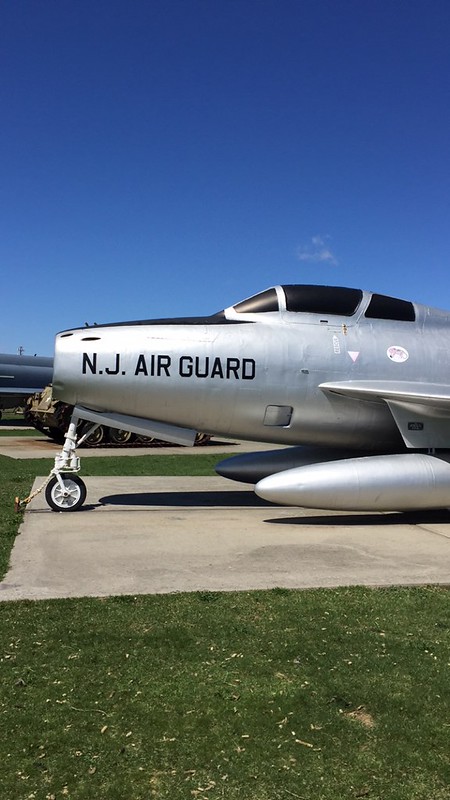 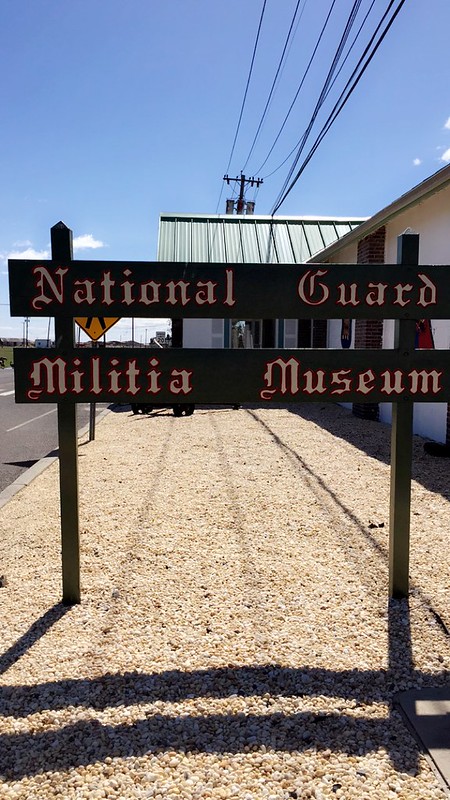 Last week, the kids were on Spring Break, and this time, we kept our adventures a little closer to home. We spent a few days down the Jersey Shore, and spent the day in Boston with Sarah and her kids. When we were down the shore, I used the Roadside America app (one of my favorite apps) to see what new and interesting things were in the area for us to discover. Our time last week was equal parts fun, history, and downtime, and our visit to the National Guard Militia Museum falls neatly in the “history” column. 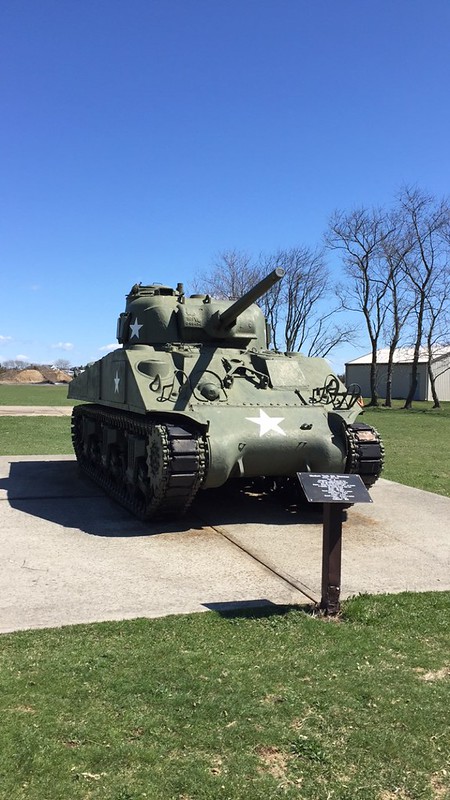 The museum is a little undiscovered treasure trove of history and has been there forever. It, unfortunately, fell victim to the ravages of Hurricane Sandy, taking in over five feet of water and sadly destroying a lot of their historical artifacts, but they have since rebuilt and welcome visitors with open arms. It was such a cool slice of historical awesomeness, I’m hoping more people read this and go check it out.

As soon as we walked in, we were immediately greeted by a friendly host, and he pointed out the different rooms we could explore on our own, in a self-guided manner, and told us to come get him when we’re done (and if we had any questions mid-tour). 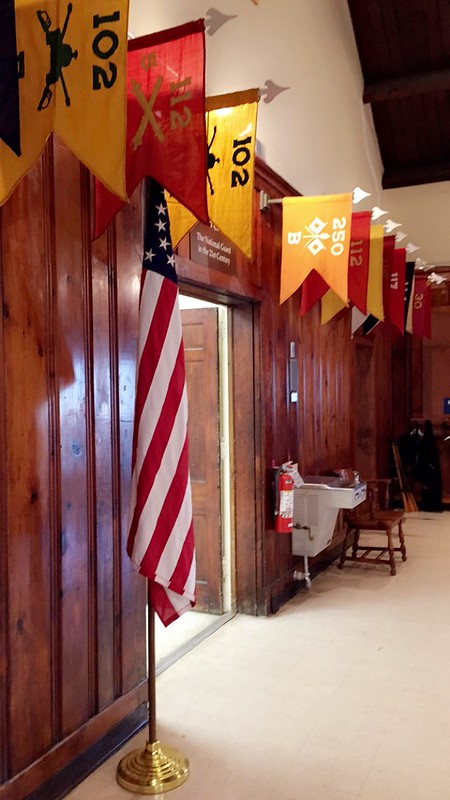 The large room when you enter starts with the story of the early settlers, and you can follow the timeline around the room, reading about the events of historical significance and see their accompanying artifacts. The story continues on through World War II in a room in the back, and the third room is more “present day” events, including 9/11, and Hurricane Katrina and Hurricane Sandy, and how New Jersey responded to those disasters. There are some wonderful videos to watch and placards to read, and it was the perfect amount of information to digest, especially if you have kids in tow. 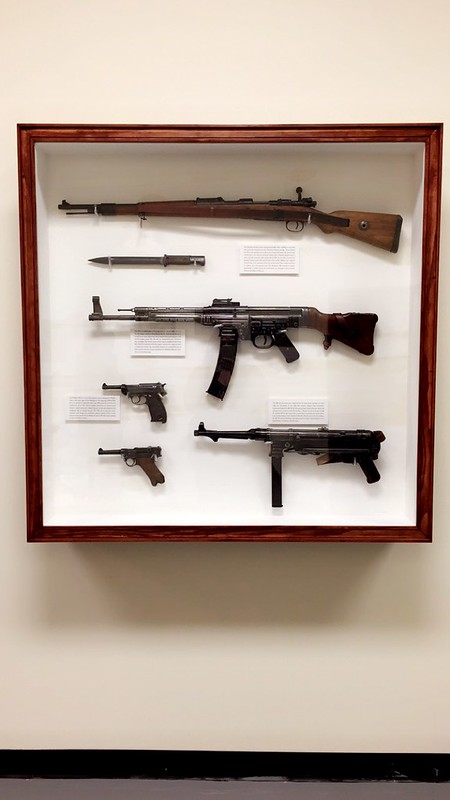 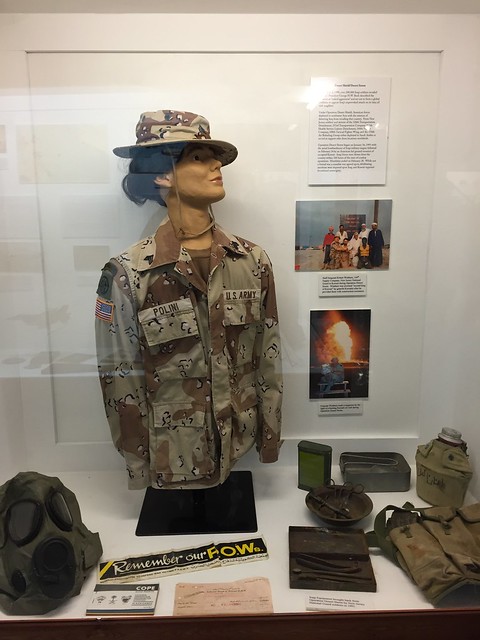 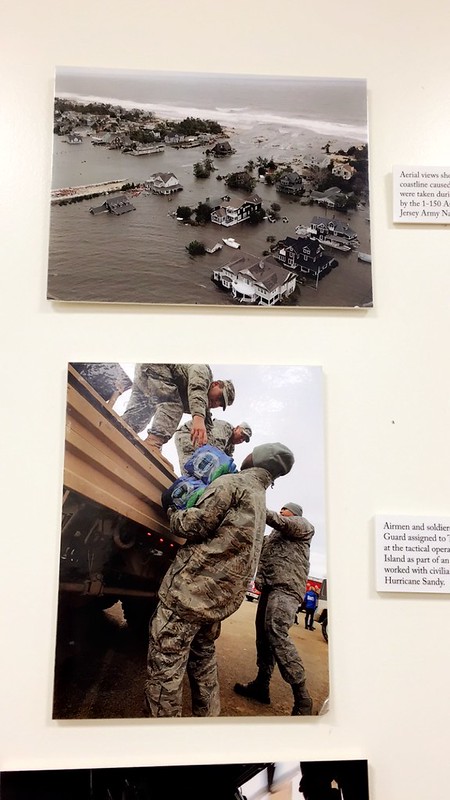 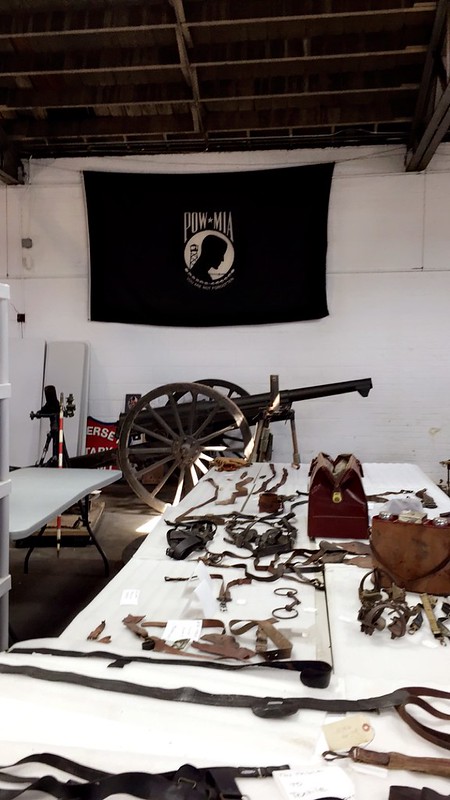 Once we were done with the three rooms, we went to go track down the guide because we were ready to check out their main attraction, and the original reason this museum popped up in the Roadside America app. 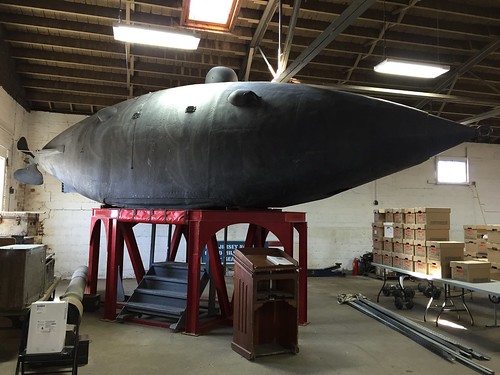 The “Intelligent Whale” is a 30 feet long, wrought iron, hand-cranked submarine that was built in Newark, New Jersey in 1863 as an experiment. It could hold up to 12 men and would take only six to power it … if you could find the right people willing to take on the job. The submarine went on many successful test runs in the Newark Bay, and the then-owner, General Nathaniel Halstead was rumored to have taken his family on many “cruises” in it up and down the Passaic River.

A year later, after some court battles over who owned the rights to the submarine, it was taken over by the American Submarine Company, who then later sold it to the United States Navy. The Navy was to pay for most of the contracted price after they could establish that the submarine would successfully function underwater missions. After a few attempts, leaking issues, and the death of the original designer, the Navy aborted their interests in the submarine and it basically sat outside the Brooklyn Naval Yard, as a bit of a curiosity, until 1965 when it moved to Washington. The submarine was then transported in 1999 from Washington to its current home in New Jersey, since that’s where the original designer was from. Besides the Intelligent Whale, there are only two other known submersibles that exist from the American Civil War era.

The Intelligent Whale is housed in a large warehouse area of the museum, and our guide took us back to see it. There is a small wooden staircase that you can walk up so you can stick your head inside the submarine and look around, and after doing so, it was really hard to imagine twelve men inside there! It is, seemingly, very cramped quarters inside, and definitely has no forms of creature comfort (I posted a tiny video of the inside on Instagram).

Once we were done, our host encouraged us to sign his Guest Book before we left, which we did, and we then explored the outside property before leaving. There are several small airplanes, a helicopter, and a tank in front of the museum that were cool to look at. The helicopter’s windows were broken, so we could also get a good peek inside. 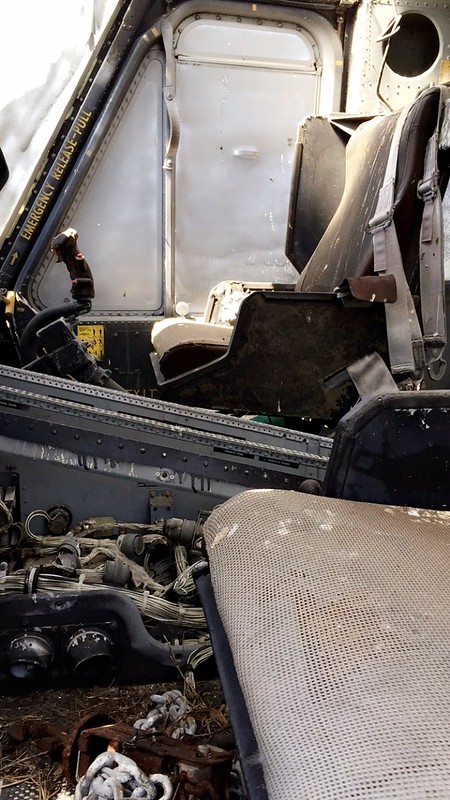 The National Guard Militia Museum is such a cool little place to visit, and it’s not every day that you can pop your head up inside a nearly two hundred year old submarine. If you happen to be looking for a New Jersey day trip or are in the area, do check it out.

And the bonus? Free admission.

*When you arrive, you do have to give your name at the Guard Booth. You just tell them you’re there to visit the museum and they’ll direct you in.

Hungry for more to do in New Jersey?
I’ve got all my New Jersey activity posts in this dedicated Pinterest board.