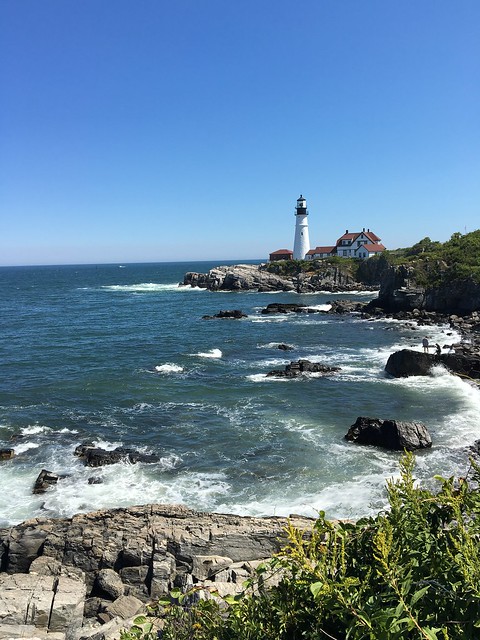 When we were talking about things we wanted to do over the summer, one of the places that my daughter, Madeline, wanted to visit was Maine. I don’t think she knew much more about it other than it’s a place her grandparents and aunt and uncle visit often, but she’s never been, and we have friends there, so a plan for a little getaway quickly came together.

Since my fellow blogger and friend, Sarah, has lived in Maine for two years now, she put together a short list of fun things we could do together during our visit, and as soon as I saw a lighthouse on the list, that was a no brainer. Because Madeline loves lighthouses. 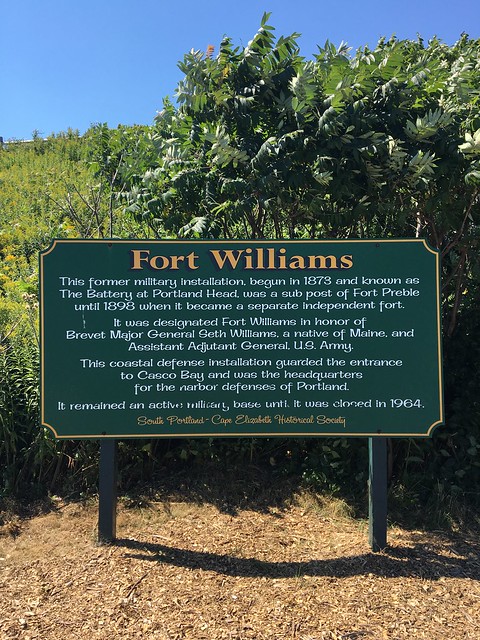 Fort Williams is a former US Army fort that was operational for nearly 100 years, ending in 1964. This is a great resource if you want more background on its military usage. Once it officially closed, it was reestablished as Fort Williams Park and, true to form with most lighthouse properties, the area is gorgeous.

Like, I could sit there all day and take pictures and just listen to the crashing waves against the wall.

And that’s exactly how we spent a few hours there. 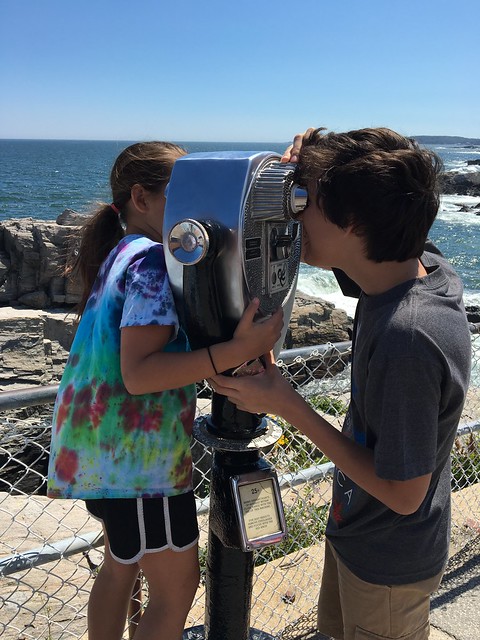 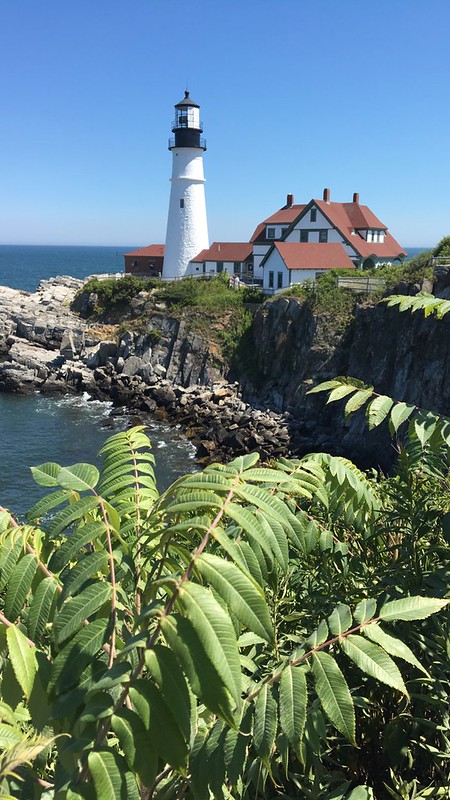 Anytime we’re in a new area, whether we’re in our home state or otherwise, I always check the Roadside America app for unusual things to check out, and this rock and moment in history was one of the things mentioned: 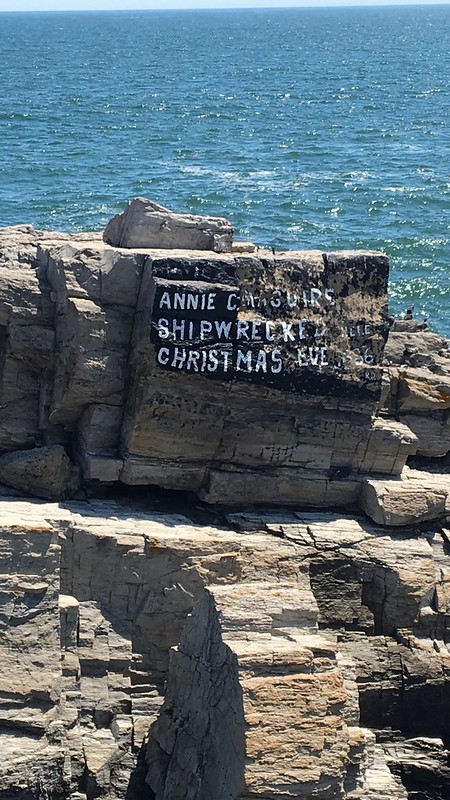 And more than just folklore, this is the story behind the inscription on the rock, “Late on Christmas Eve in 1886, the three masted bark Annie C. Maguire struck the ledge at Portland Head. Keeper Joshua Strout, his son, wife, and volunteers rigged an ordinary ladder as a gangplank between the shore and the ledge the ship was heeled against. Captain O’Neil, the ship’s master, his wife, two mates, and the nine man crew clambered onto the ledge and then to safety . The cause of the wreck is puzzling since visibility was not a problem. Members of the crew reported they “plainly saw Portland Light before the disaster and are unable to account for same.'” 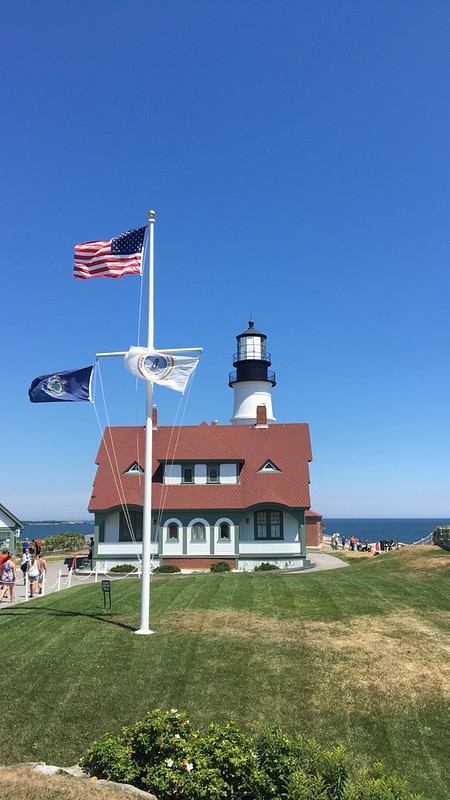 There are a few different hiking trails, with each one marked as to its distance and how steep it is. We walked one of the trails and found this one area where you could walk down a steep, slippery cliff to the bottom where there were tons of people and rock formations, and you could walk right into the water. There was even a wedding going on down there. Given the steep incline, we seriously debated going down, but just as I hemmed and hawed when we visit the Quechee Gorge in Vermont, I didn’t want to have a moment of regret and went with YOLO, and once I did, it took Sarah a few more minutes and she followed. The kids? They were already down there … they don’t quite weigh the pros and cons of dangerous inclines the way us moms do!

But, of course, once we were down there, it was totally worth it. For the view, the calmness, everything. And going back up was way easier. 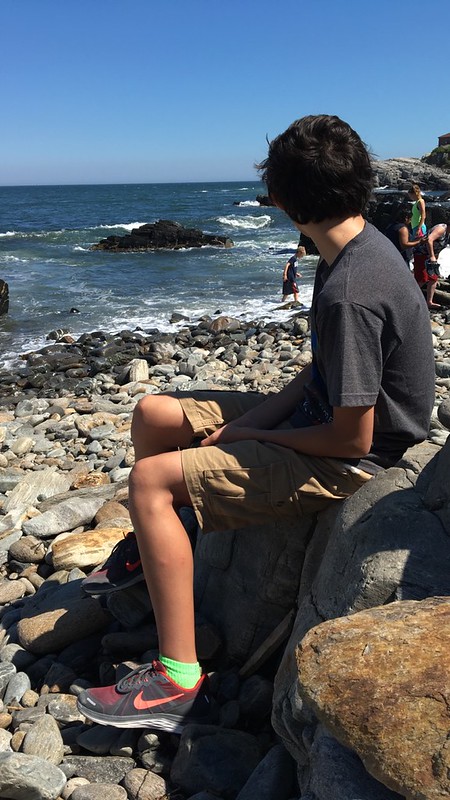 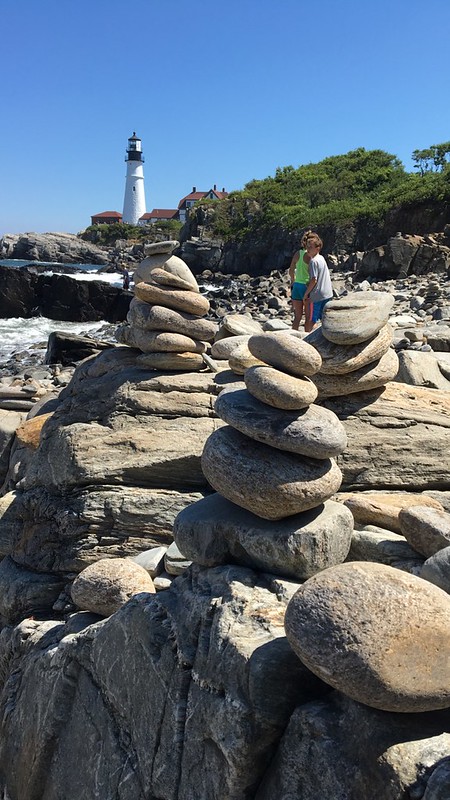 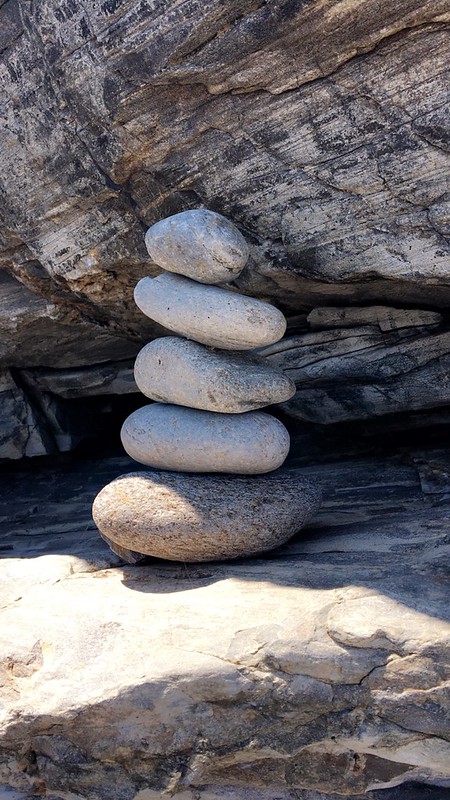 There is no admission fee to enter the property or tour the grounds, and there is plenty of free parking. There is a cute little gift shop, telescopes you can use for a few coins, and a little cafe/shack where you can grab ice cream or a cold drink. 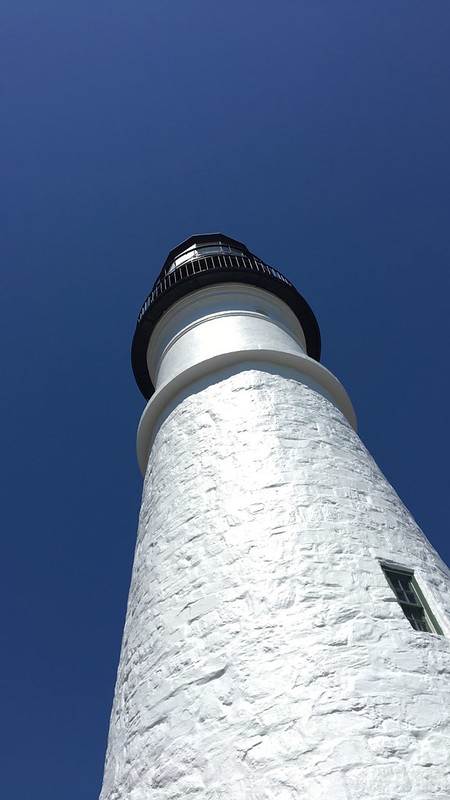 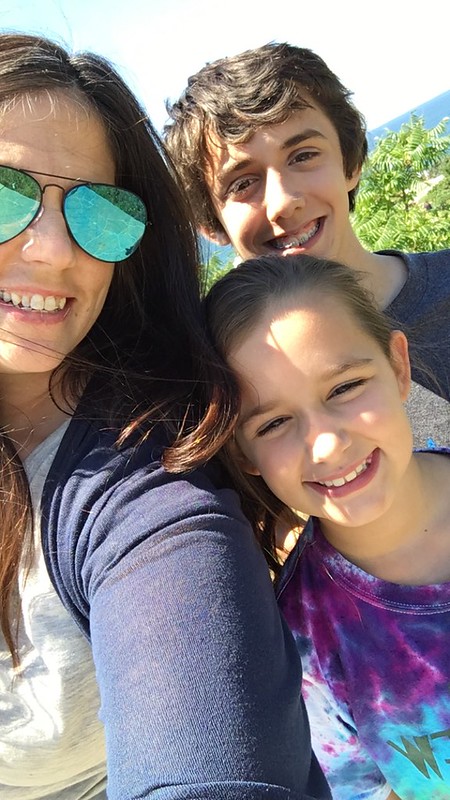 If you happen to be planning a visit to Maine, Cape Elizabeth and the Portland Head Light/Fort Williams Park is well worth a visit (and it’s open sunrise to sunset).