Adventuring all over the great state of New Jersey, there are treasures and hidden mysteries down every road. Let’s visit the Gingerbread Castle in Hamburg. 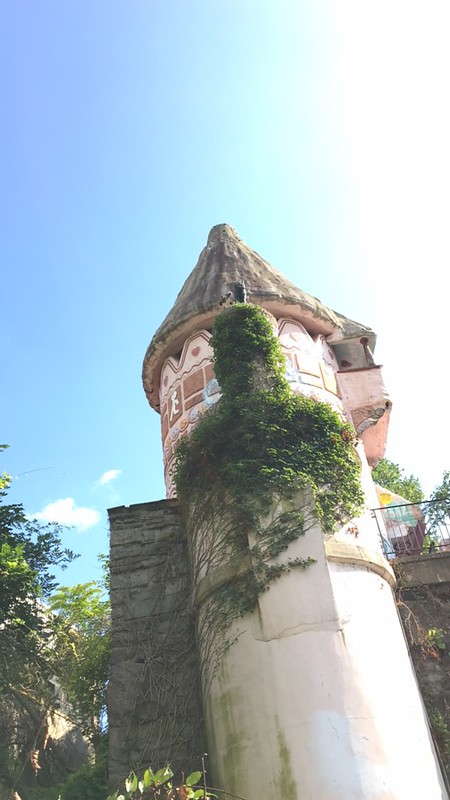 When my sister and I were kids, our family often took Sunday adventures together, and we took turns choosing where we would go or what we would do. I loved those days, and try to do the same with my kids as well. We go monthly, and while we don’t necessarily take turns on choosing our adventure, I always try to do something that I know they will enjoy.

Both of my kids like exploring, and Nick particularly is always down for finding an abandoned property or graffiti, and we have found over the past few years that New Jersey has no shortage of abandoned properties. In August, we discovered an old amusement park in Hamburg, which is about a thirty minute, mostly scenic, drive from us. 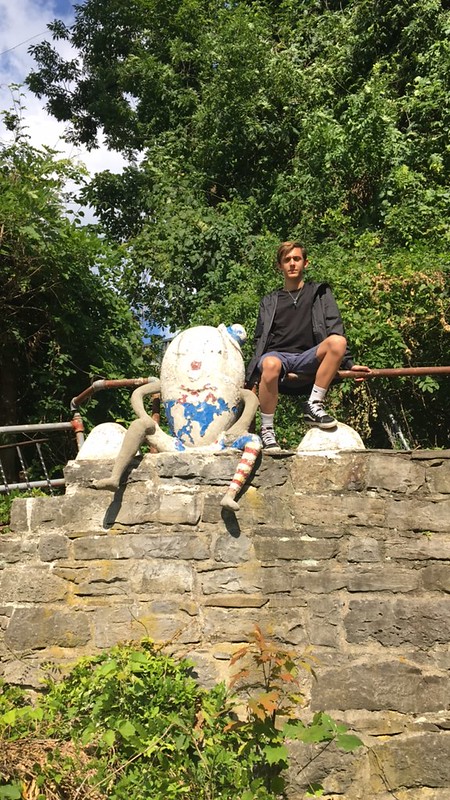 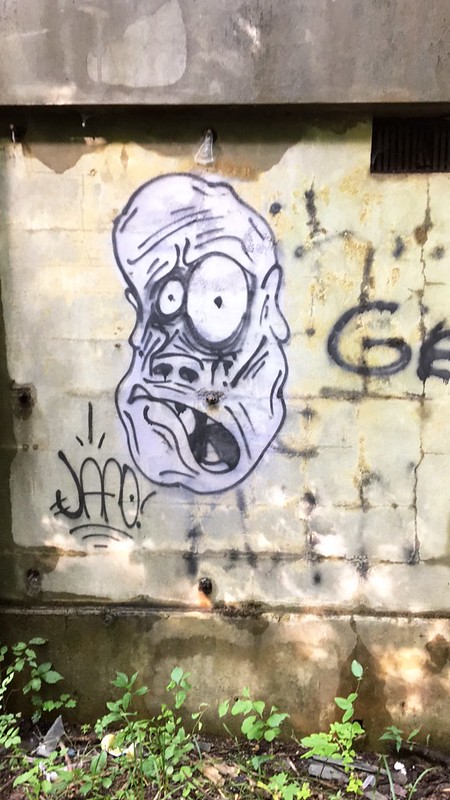 This property operated as an amusement park for about 50 years, and it finally shut down in the 1970s, which is likely why I had never heard of it before. In the 1990s, it reopened as a Halloween attraction, but a fire ended up closing that down. In 2003, a husband and wife purchased the property and hoped to restore it. When that proved more costly than they anticipated, even after securing grants, they tried to sell it on eBay. That wasn’t successful, and it was eventually sold at a Sheriff’s sale in 2007 for $680,000 (that’s quite a hefty sum for property that is in such disrepair!). In 2008, it was listed as being owned by a property developer who vowed not to knock it down. Unfortunately he hasn’t done much else to it either. 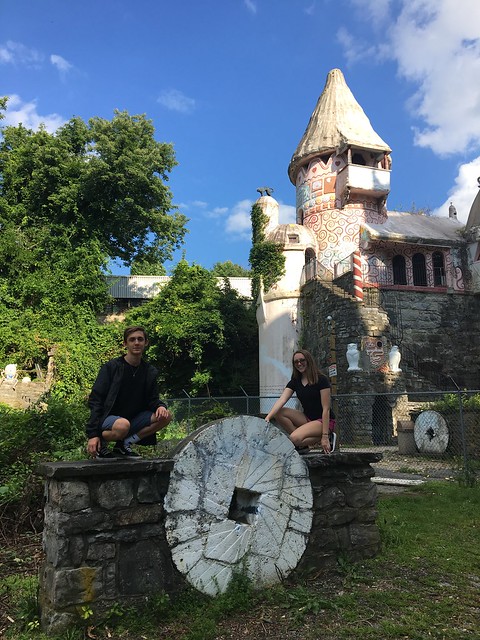 (You can see some of the original pictures of the amusement park in its heyday here, as well as more history)

After reading the above linked article, I was on high alert when we visited, since it was clear that although the property is abandoned, it’s also clear that the area is regularly patrolled and I didn’t want to get caught trespassing. 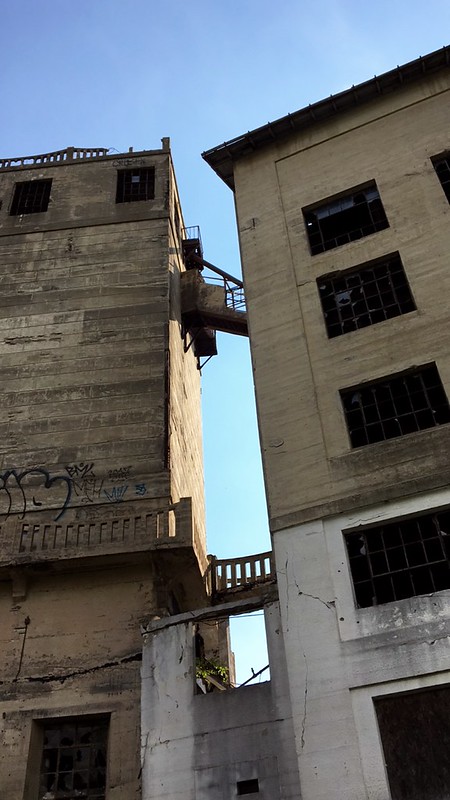 So we poked around, didn’t stay too long, and kept a look-out. 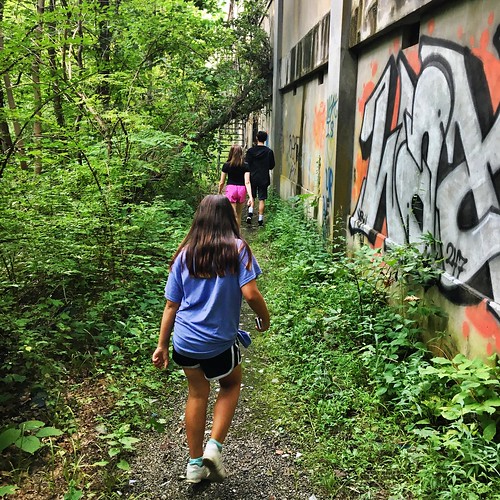 We explored around the main gingerbread castle area and, of course, took the requisite pictures, and we also checked out the adjoining mill property. Although there are parts of the amusement park that are definitely closed off for public access, we found a way in. 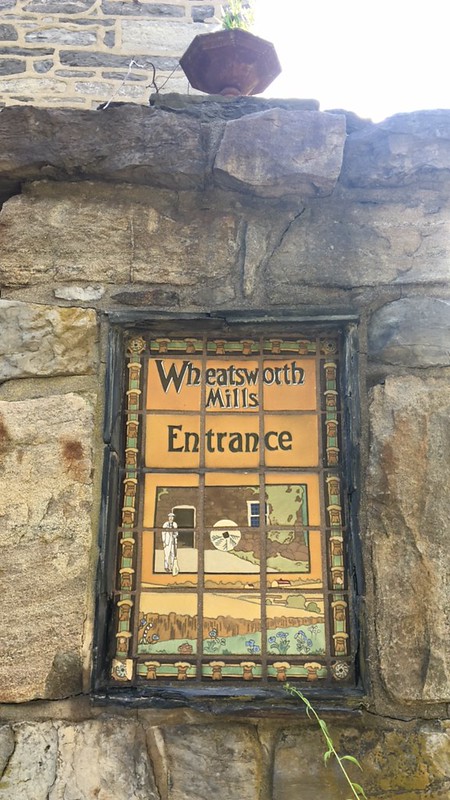 And that’s about all I’m going to say about that. ;) 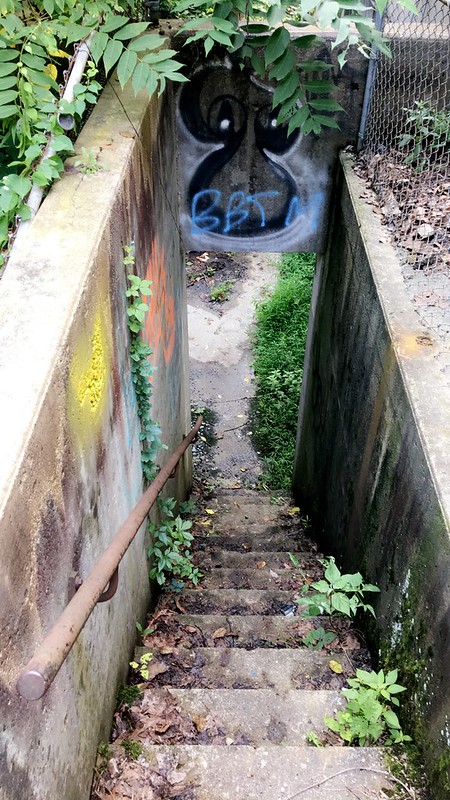 There’s that fine line between being curious and getting in trouble, and after about a half hour, I pulled the Mom card and said we needed to get out of there. The kids totally would have gone further in had I let them, but tbh, I was getting a little freaked out that we would run into a group of squatters or the police, neither of which was how I wanted to spent my Sunday afternoon. 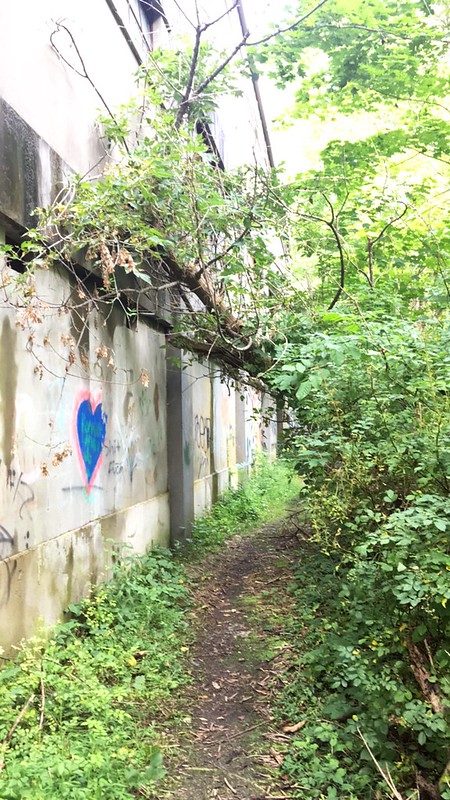 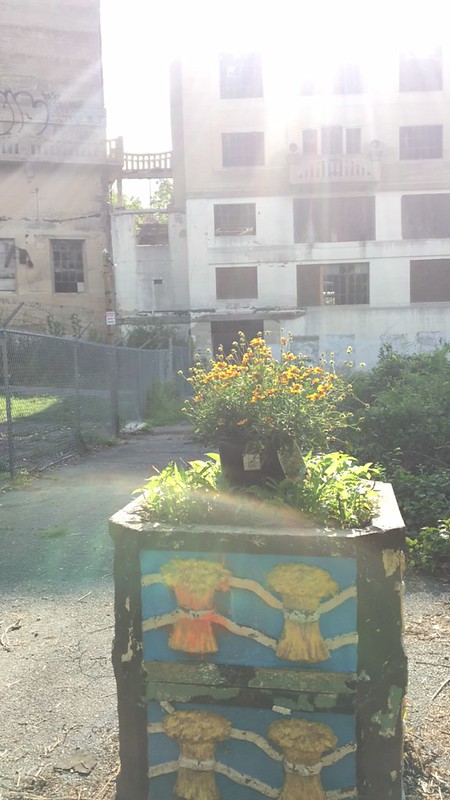 It’s a shame to see the property in such a sad state, and for so long, and its future certainly seems dismal. But if you happen to be in the area, it’s a pretty cool look back into the way it used to be.