How can you visit Hershey, PA and not visit ALL THE CANDY STORES? That was exactly our thought as we walked into Grove’s Candies recently. 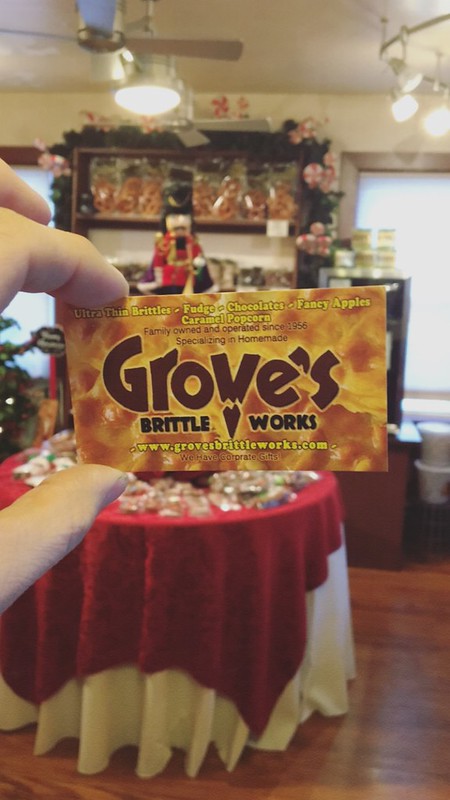 We spent two days in Hershey during Christmas break, and although I have been going to Hershey since I was a kid, during this trip, we did things that I (and my kids) have never done before, which made it exponentially more awesome. I just momentarily fell down the blogging rabbit hole … we used to go to Hershey semi-annually, but it seems we actually haven’t been since 2011! I promised Madeline we would go back this year when the weather warms up a bit. Although the theme park was open last week when we were there, the wind was making the cold weather almost unbearable.

Focusing on enjoying other attractions in Hershey is exactly how we found ourselves walking into Grove’s one afternoon last week. My friend had spied the brochure at the hotel we were staying at, and it was around the corner from another stop we made in the area, so, of course, we had to go. 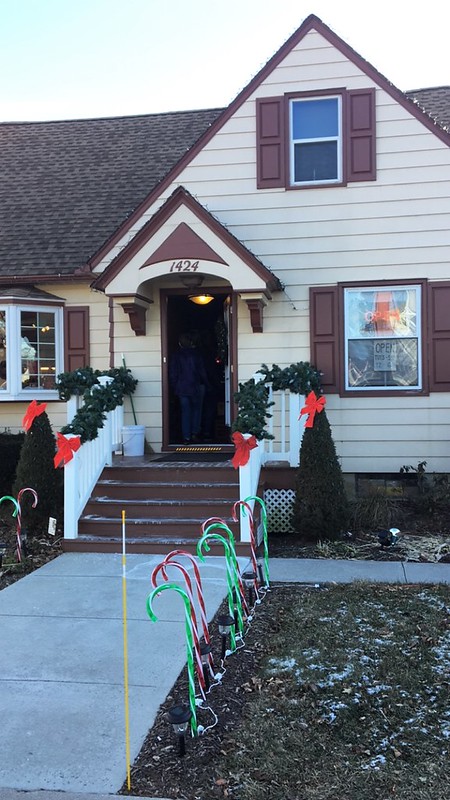 It was easy to find, and is the bottom level of a small house right on East Chocolate Avenue (on street parking). As soon as we opened the door, we were greeted by a very friendly and talkative elderly woman who welcomed us right in. She was definitely up for visitors and was excited to explain every single candy item they make in the store. She has been making candy for over sixty years, and everything is made by her family and another family. 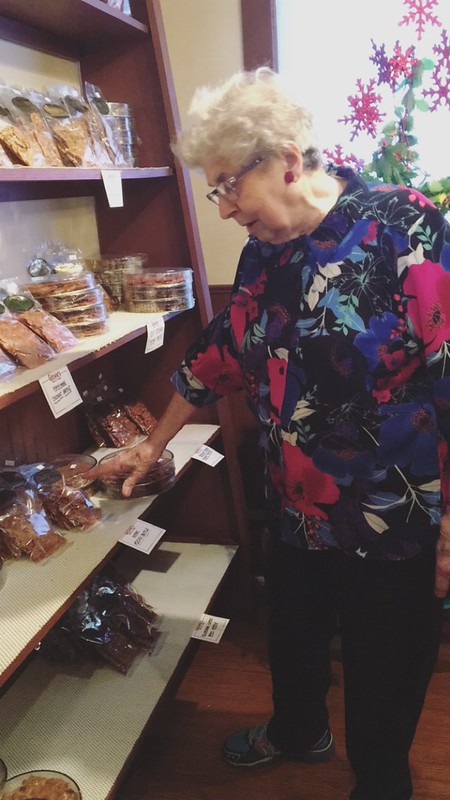 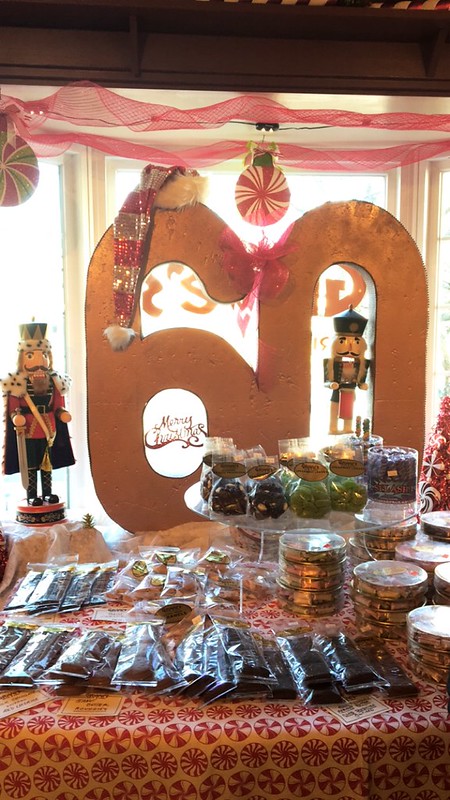 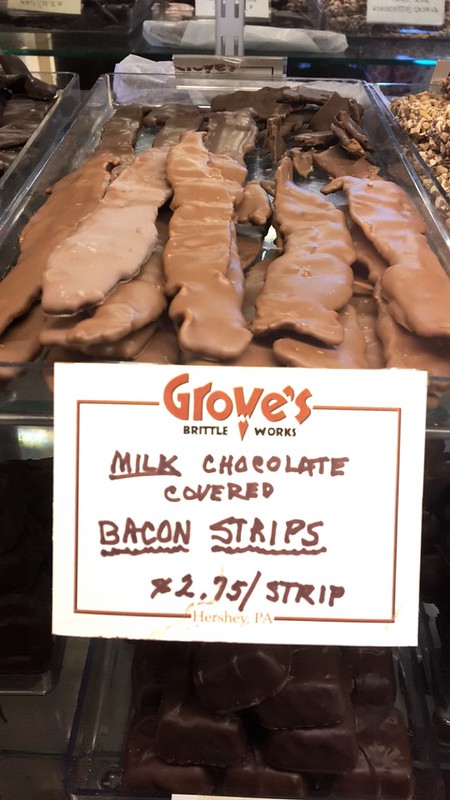 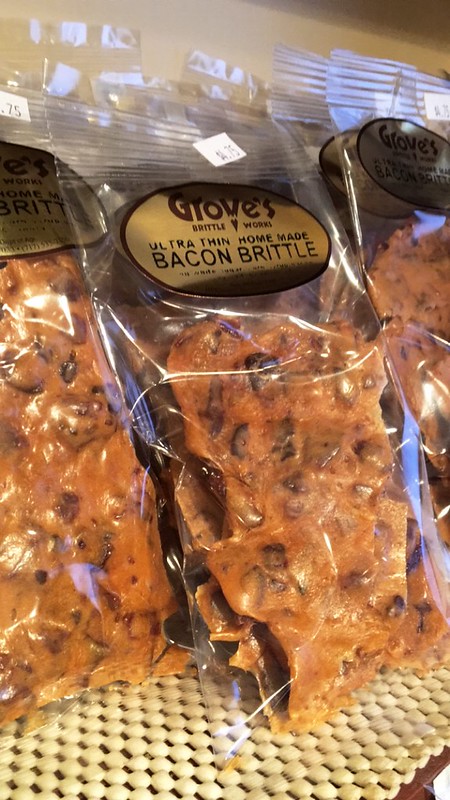 With sweet treasures tucked into every corner of the two front rooms, it would be hard to NOT find something you like. While they are known for their many different varieties of brittle, they have many other kinds of candy as well, including everything from massive jaw breakers and cherry cordials to gummy bears and chocolate covered pickles. Yes, chocolate covered pickles. And, of course, I totally had to try it. It was an odd little bite. When you eat chocolate covered bacon, the flavors kind of blend together to make one unique bite, but with the pickle, it was different, and tasted just like you poured melted chocolate on top of a pickle. I don’t think it’s something that I would seek out again, but when in Rome … or Hershey … you try it. 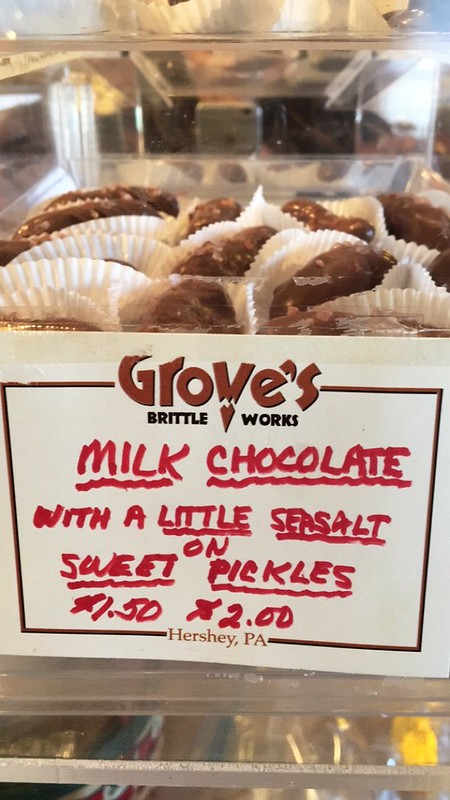 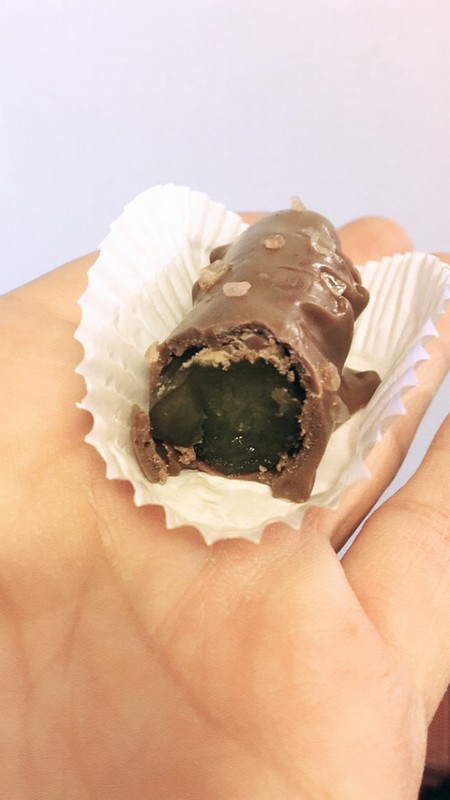 What I really DID love were the brittle samples the shopkeeper gave us. One taste and it’s not hard to see why that’s their claim to fame. I walked around with a package of the bacon brittle with the intention of buying it, but I let my resolve win and ended up not succumbing to temptation, as hard as that was – next time! 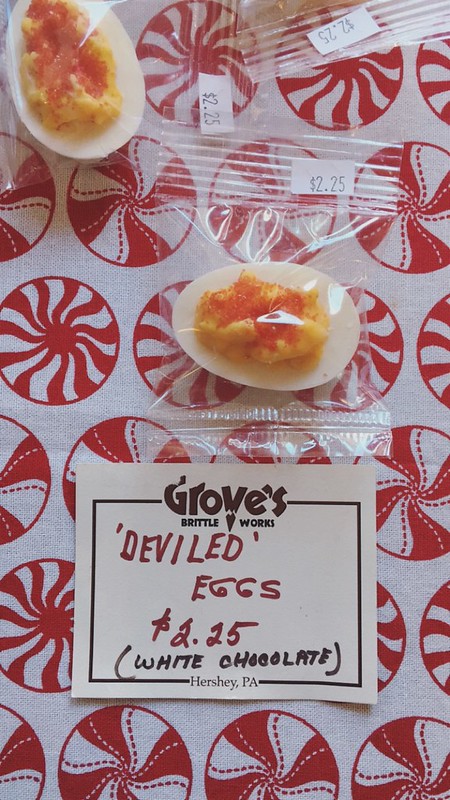 If you find yourself in the Hershey area, do pop in to Grove’s Candies and check it out. The prices were very inexpensive, and everything we sampled was seriously divine, especially the thin brittle. If I didn’t just start another round of Whole30, I totally would have caved and bought way more than a jawbreaker for Madeline, the chocolate covered pickle, and dog bones for Herschel. 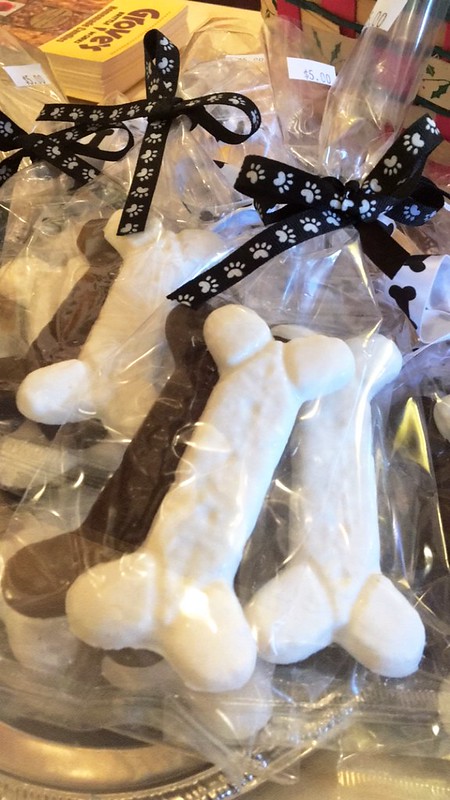 Hungry for more in the Hershey area?
Fenicci’s was a fun and casual restaurant we’ve visited before.
Roadside America is a good stop when you need to break up a road trip.
Madeline’s first visit to Hershey!
And my Pinterest board dedicated to Pennsylvania visits.