When you’re visiting Niagara Falls, you want to dive deep into all things Falls-related, and that’s exactly what we did. Let’s Journey Behind the Falls. 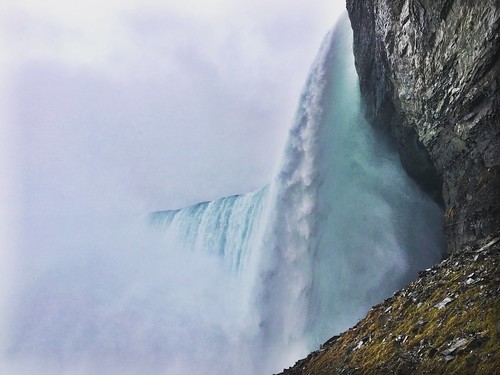 In the interest of getting all the Canada photos off my phone, and because Spring Break season is coming up and readers may be venturing to Niagara Falls, I figured I would continue some of my blog posts from our visit last Spring.

There are several different touristy things you can do when you’re visiting Niagara Falls, and I really debated about which ones we should do. I, along with the rest of the world, am obsessed with the Falls itself, so I wanted to get up close and personal. But … within reason.

The Maid of the Mist, the boat that actually takes you out on the water, was tempting. But I’m not gonna lie, seeing it tossed around a bit on the rough water made me think of the little boats of survivors that jumped from the Titanic. And the people coming off the Maid of the Mist were WET. See the below photo. 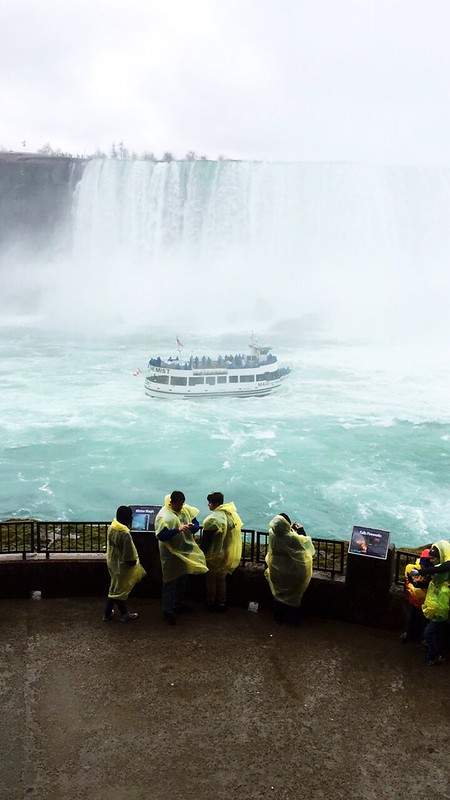 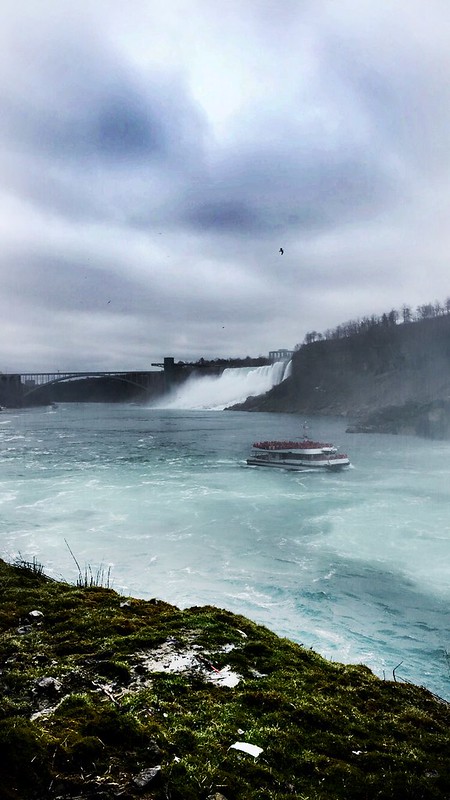 So we did the next best thing and signed up for the Journey Behind the Falls excursion instead, which was perfect.

It was walking distance, even in the chilly rainy weather, from our hotel, so we hit the streets. 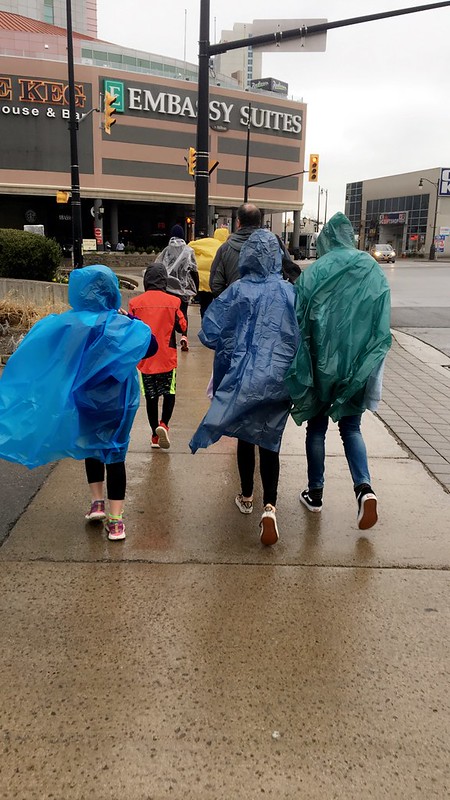 When you get there, there’s a little tram lift thing that will bring you down to the Welcome Center area. The cost for the tram down to the bottom landing is separate from the cost of the Journey Behind the Falls; it was about fifteen bucks for four of us (kids are free, and my teenager is no longer a “kid.”). A tad pricey for a two or three minute ride to the bottom of a small hill, but you know how it is with tourist attractions. Oh! Just found the photo – it’s technically called a Falls Incline Railway. Now that’s a mouthful. 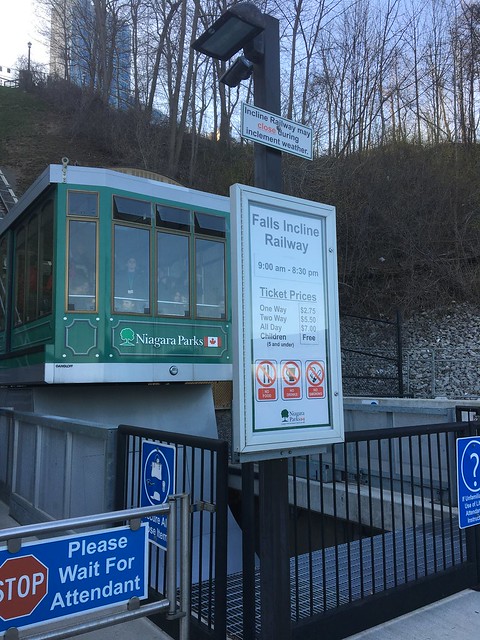 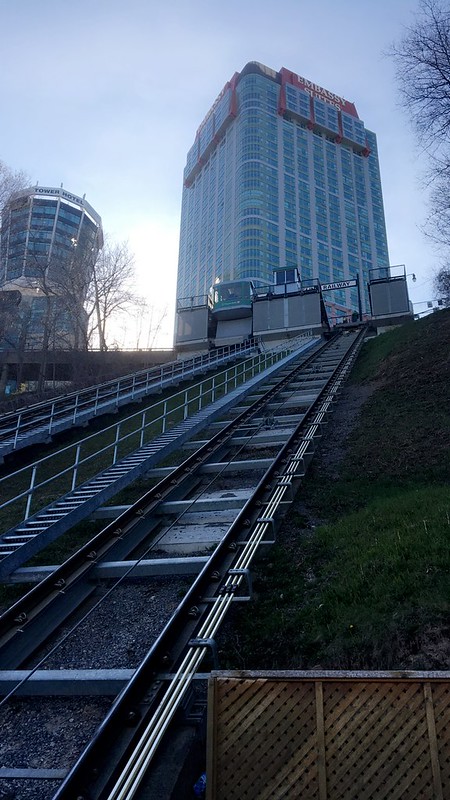 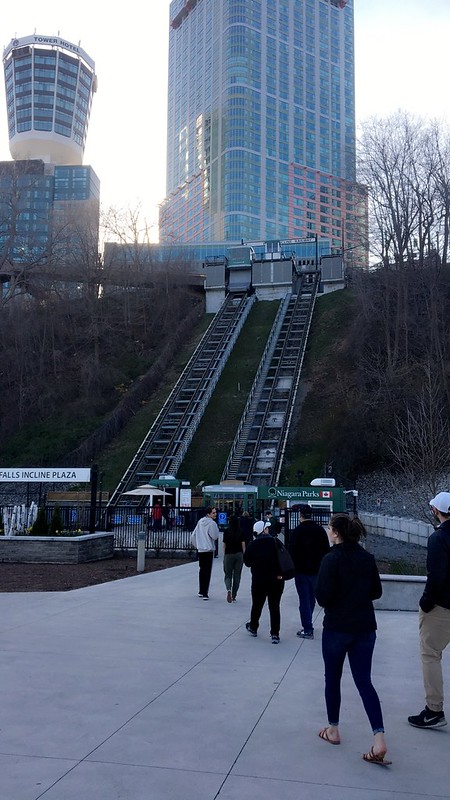 We bought rain ponchos earlier in the day, which I would totally suggest. Your admission ticket also includes a free throwaway poncho (the yellow ones featured in the photos below), but they are very thin, and we actually wore both and *still* managed to get a bit wet.The whole tour was self-guided, with many placards with historical details throughout, and it was just so freaking cool.

I was definitely the one lagging in our group, but I was so ensconced in taking it all in, I didn’t want to miss a thing. I could have totally stayed there for hours. There are various tunnels you can walk through and little openings you could poke your head out to see the Falls, and hearing the rush and noise of the water was amazing. 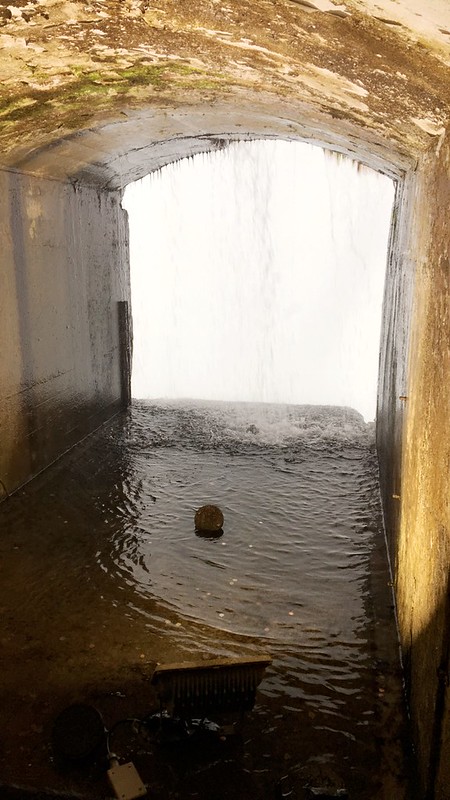 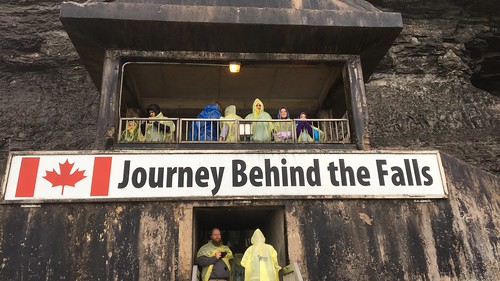 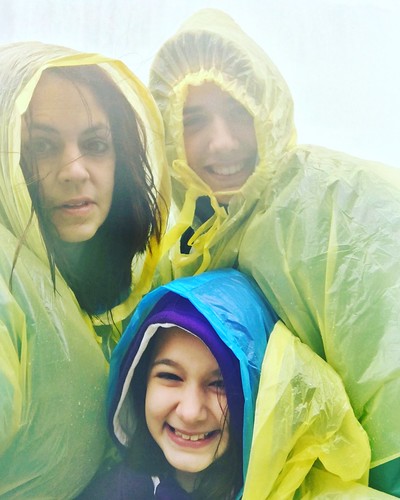 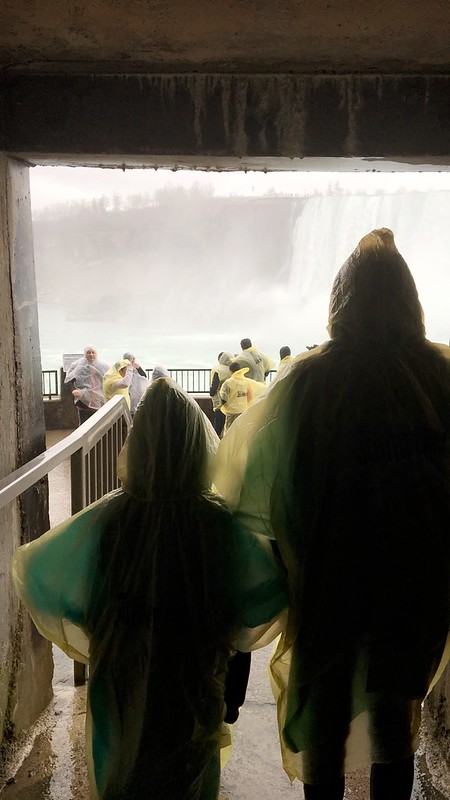 There are also two observation decks that are bigger, an upper and a lower one, where you could walk out and get some really great views.

A friend of ours was on the bottom landing, while we were on the top, and grabbed this photo of us taking the above selfie. Love it! 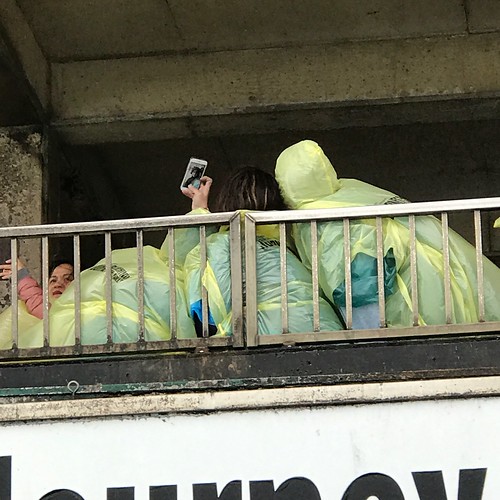 Sigh. This was not even a year ago, and Nick already looks so much different now. 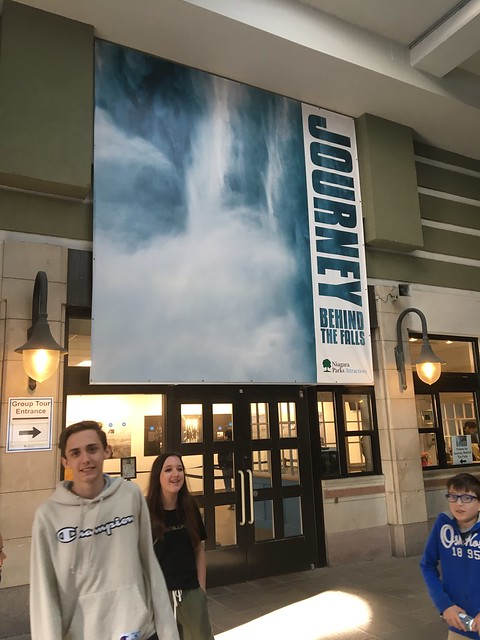 If you plan on doing a few excursions, there are some package deals where you can save a few bucks, but if you only plan on doing one, this one gets my vote.

Hungry for more Niagara Falls adventures?
Do not leave the area without having dinner in the clouds at the Skylon Tower.
A recap on our visit to Canada.
Bird Kingdom was a fun way to spend a rainy afternoon.
Our first (and definitely legit) taste of poutine.