Making our way through the East Coast’s amusement parks one rip roarin’ ride at a time, let’s visit Busch Gardens in Williamsburg, Virginia! 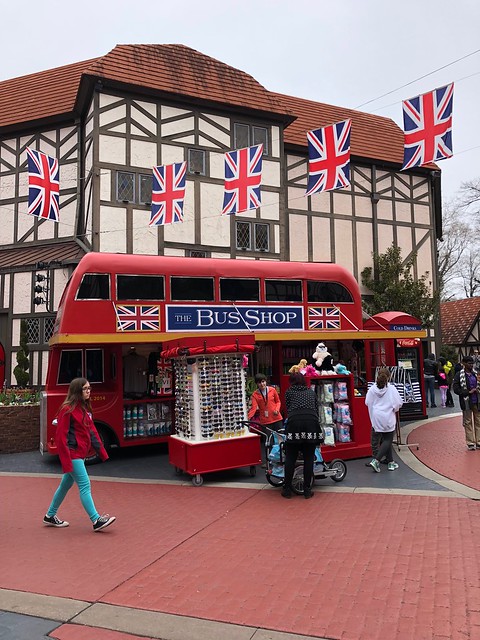 Busch Gardens is one of my fond memories from childhood vacations. I have no idea how old I was when we went, but I don’t think my sister was born yet, so that would put me at 9 or younger. I distinctly remember Busch Gardens and Colonial Williamsburg, and taking a visit to these destinations has been on my list for the past five years. It kept falling lower on the list because of the long six plus hour drive to get there, but this year, we finally got it done.

Interestingly enough, during our time in Virginia last week, we met a few other families that were actually there for the same reason. It was a vacation from their childhood that they wanted to share with their own kids. 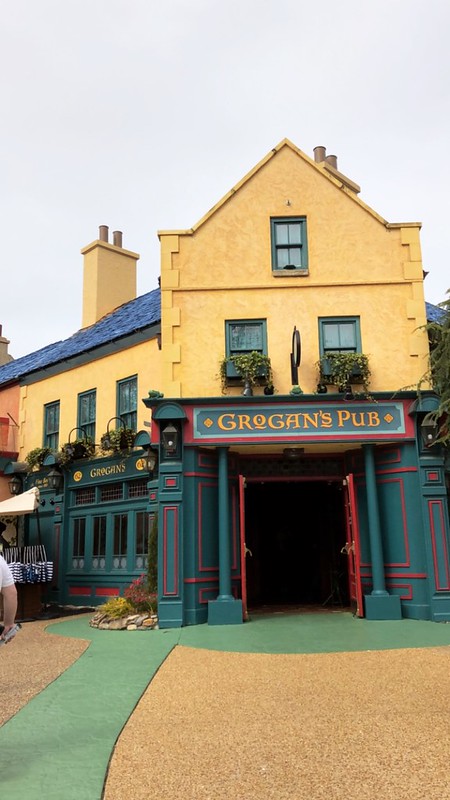 Busch Gardens graciously comped me two admission tickets, which was quite generous given the entrance tickets for four years old and older are $90 a person! Eeek! 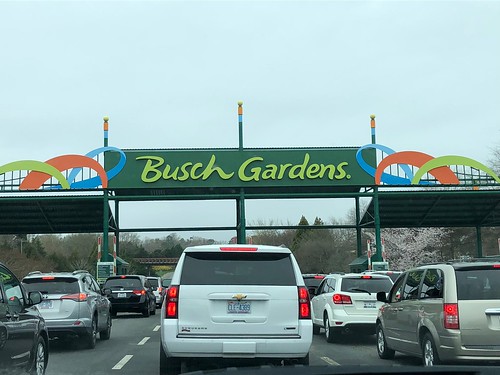 Unfortunately, while it was our Spring Break last week, it also appeared that everyone else was on Spring Break too! The traffic started about two miles before the highway exit for Busch Gardens. At first I just thought that it was late morning rush hour traffic. Unfortunately I was wrong. From that two mile mark to when we actually parked our car in the far-flung-Scotland parking lot, it was over an hour. It was so bad that the parking lot ticket agents were comping everyone’s parking, which was a nice savings of $20. 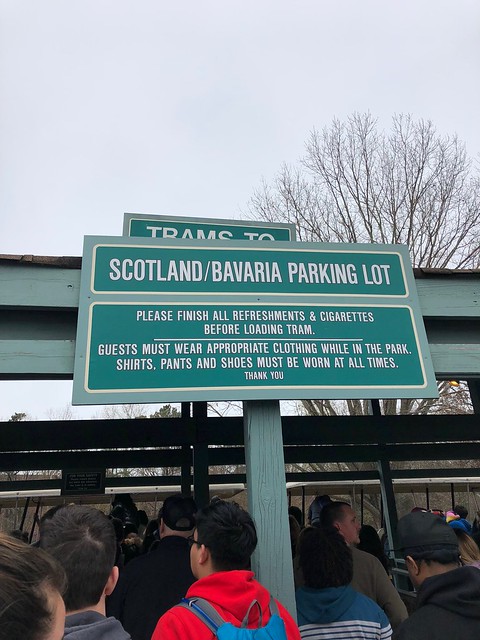 Given the weather was grey skies and a threat of rain and a cool fifty degrees, we weren’t expecting it to be as busy as it was, Spring Break or not. Apparently the employees thought the same because we heard several of them talking about the very unexpected 25,000 guests that were there that day!

Because we ended up actually entering the park so late, we actually stopped for food as soon as we got in. Probably not the best idea, because everyone else does the same. Busch Gardens is set up with different countries, and the first country is England. If we had walked a smidge farther, just into the next country, the wait for food probably wouldn’t have been quite so bad, but hindsight and all that being what it was, we stopped at the first place we saw.

Wanting to experience things, ahem, properly, because we were in England, I opted for the fish and chips, while my kids got chicken fingers, and salad. I actually ended up getting the kids meal for myself (pictures on the top left in the below photo), because it was three dollars cheaper and looked like plenty of food for lunch, and it was. The food was cooked to order, which was awesome in terms of freshness, but not so much in terms of the wait. It was about forty-five minutes before I had our tray with food, and luckily I stationed my kids outside on table duty since there are only a handful of tables to grab from to sit and eat. The pricing is akin to any other amusement park, lunch was around $34. 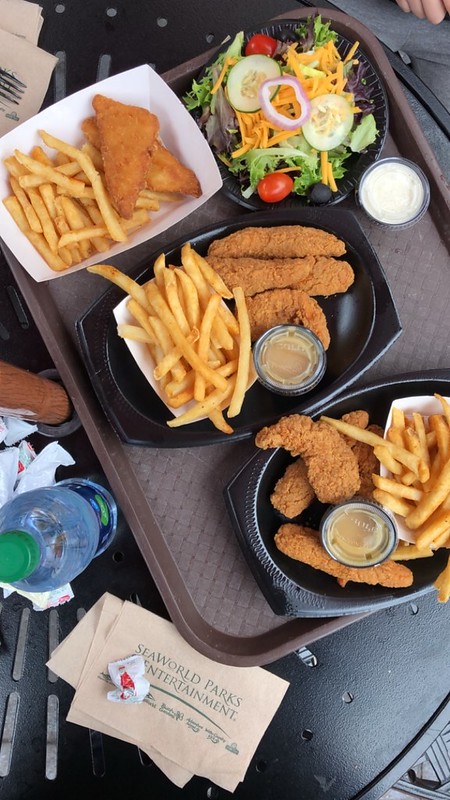 Once satiated we started scouring the nearby gift shops and rides. We actually ended up hopping on the train ride first, because it’s a good way to get a quick overview of the park and scope things out. It goes through four countries and makes a full circle, so you can either get off at a different country or take a round trip (we did the latter). 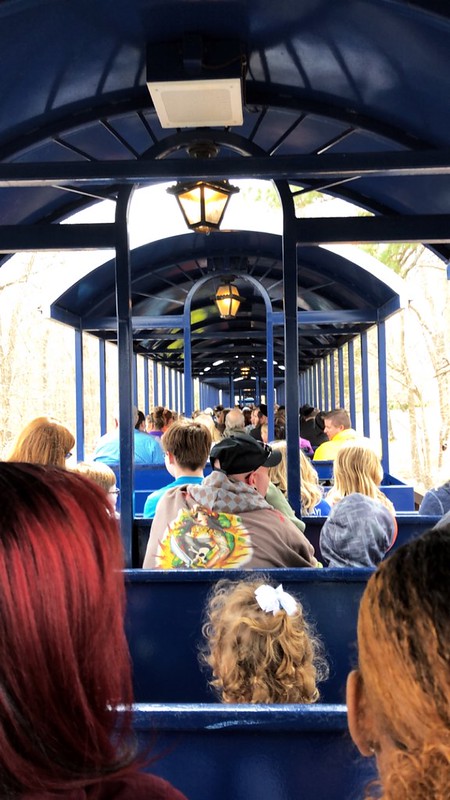 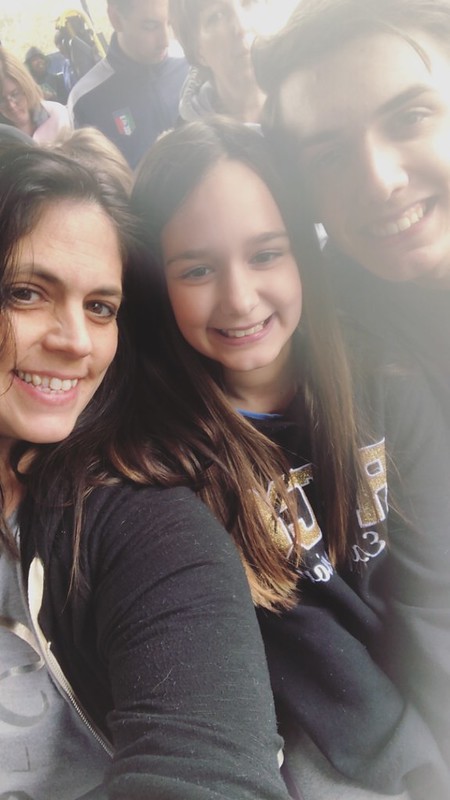 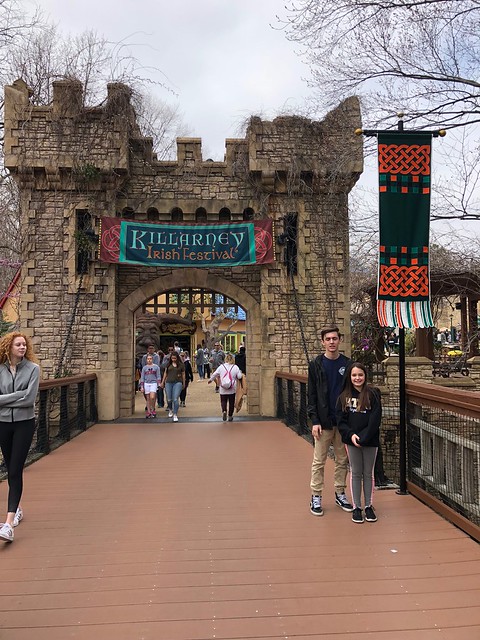 As a side note, we didn’t see any paper maps near the entrance, nor did the ticket staff hand us one when we went through, so we were kind of winging it through stumbling and finding things.

My teenager, for the past five years, has been a total adrenaline junkie. Higher, faster, better. Out of nowhere, my ten year old has now joined in. I think it’s partly because she adores him and just wants to hang out with him and make him happy, and partly because, well, she’s becoming an adrenaline junkie in her own right. 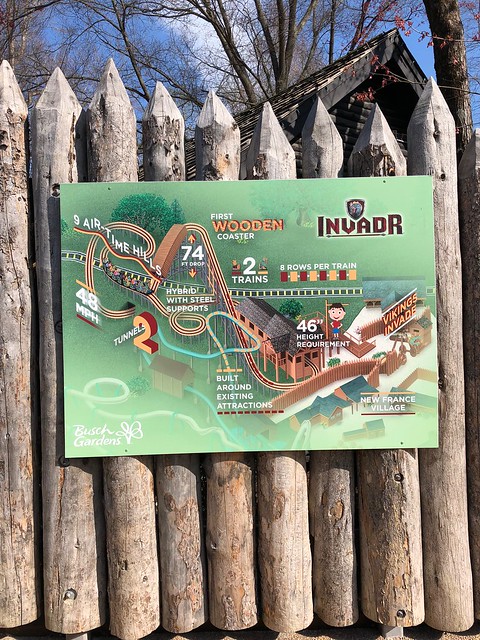 Which means the next real ride we did was a roller coaster. One that goes crazy fast and high and that I would never set foot on myself. But she (and he, of course) did and loved it, and we went from that one to another. The roller coaster lines were between 45-90 minutes depending on which one it was. 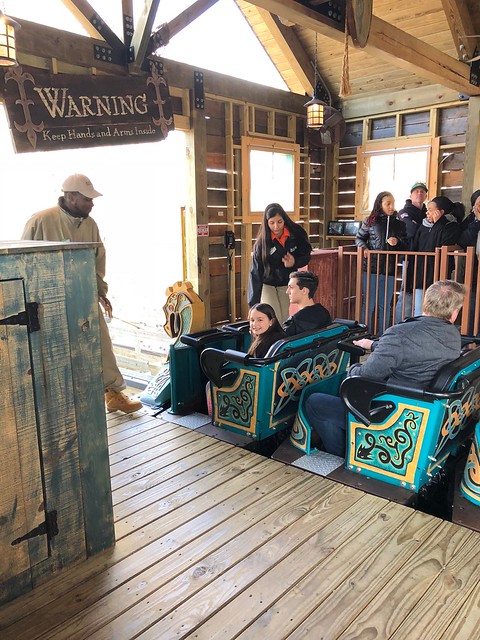 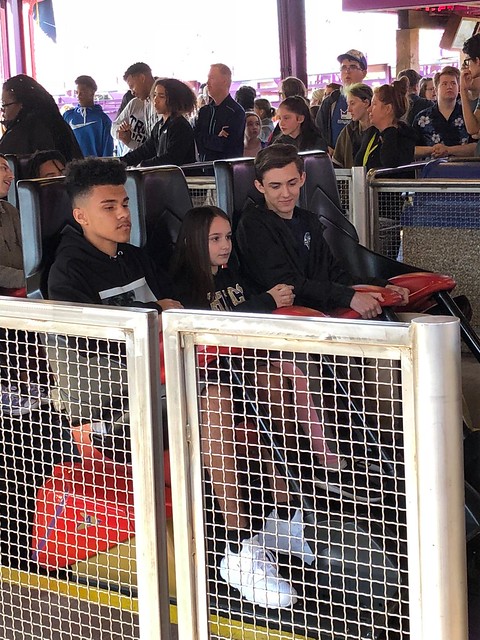 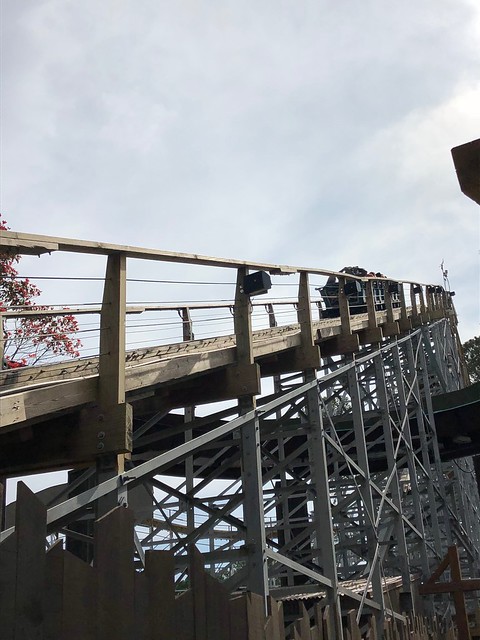 We took another train to skip ahead to another country, and honestly, by this time, we had been at the park for about five hours and the kids were ready to leave.

Not quite as much as we hoped to have done, but the volume of the crowds that day were a definite deterrent, so we hope to plan another trip there to experience it even more completely; but they did love what we were able to do. The park is seriously gorgeous and really well maintained, right up there with Hershey Park and Disneyworld.

Three smashed pennies to add to our collection! 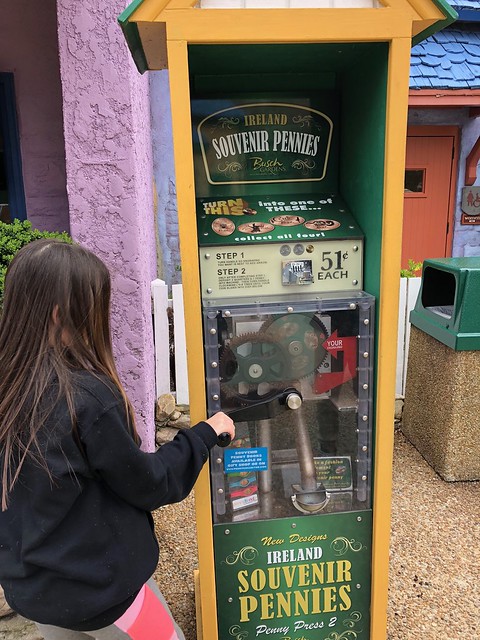 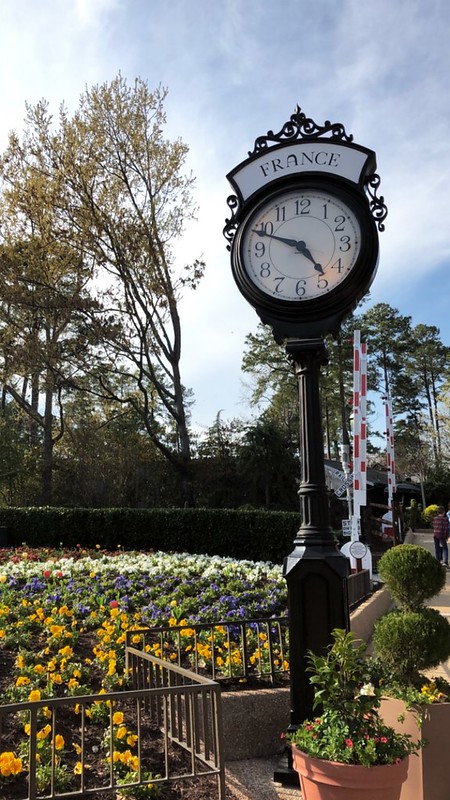 If you happen to be breezing through Virginia, or are looking for a fun, family-friendly getaway, add Busch Gardens to your list. It’s the stuff that childhood vacation memories are made from.