Can homemade cinnamon rolls be “quick and easy” to make? Turns out, the answer is YES! 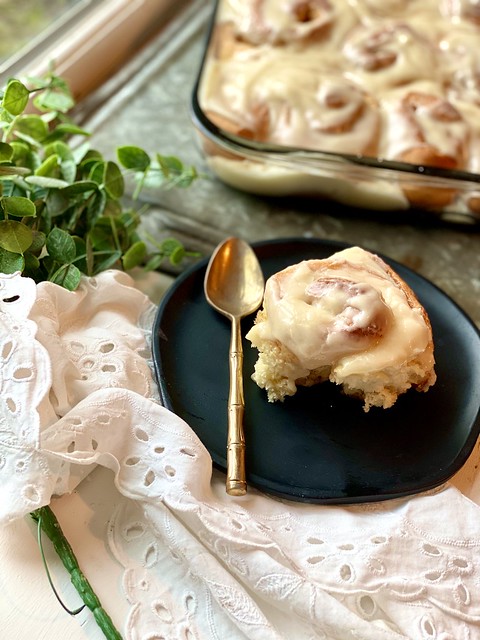 When my oldest was in the 12-14 year range, he hung out at the mall a lot, and more often than not, he would scarf down a cinnamon roll from Cinnabon while he was there. Although he doesn’t really have a sweet tooth, that was one of his few indulgences.

His days of aimlessly wandering the mall are mostly long gone, but the occasional craving for a cinnamon roll still pops up, so when I spied a recipe for homemade cinnamon rolls, I was intrigued.

Baking many different breads (along with gardening) has been a sort of therapy for me over the past few months. Basically after years of passing by any recipe that had yeast in it, I am now making all the recipes that have yeast in it. When the world seems so heavy and upside down, the idea of putting a few simple ingredients into a bowl and letting it do its thing is about all the energy I can muster.

True to its promise, these cinnamon rolls were very simple to make. Although they have to be left alone to rise for a bit, you can make them when you wake up and still be enjoying a leisurely breakfast.

One last note: I usually get really put off by recipes that are LONG, but don’t let that deter you. It may be long, but it’s still simple, and the result are soft pillowy bits of deliciousness slathered in cream cheese frosting. 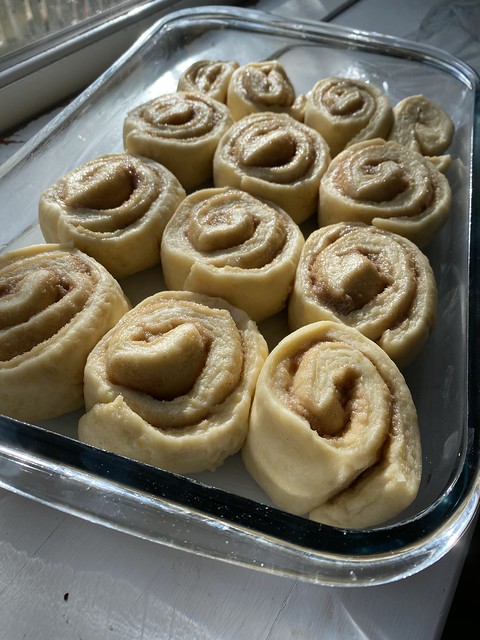 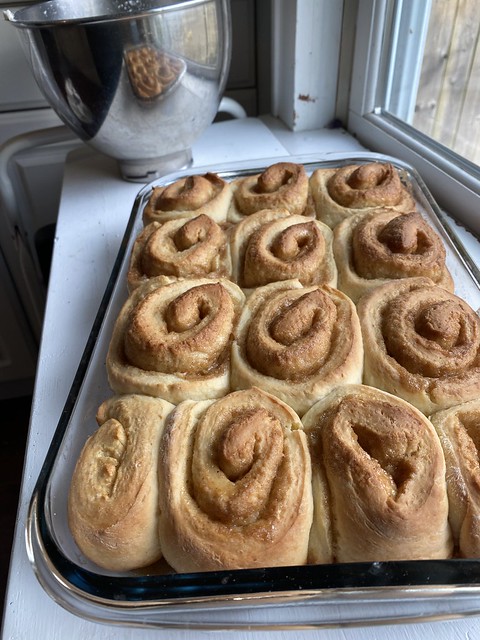 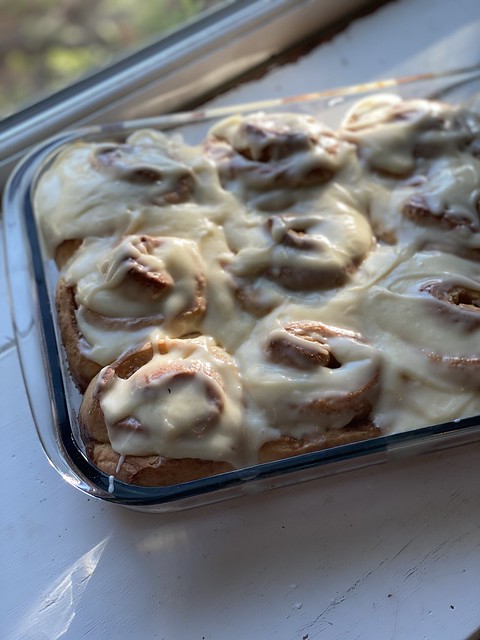 Instructions
PREPARE THE BREAD DOUGH
To make the bread dough, we need to add our ingredients (milk, egg, sugar, salt, butter, yeast and flour) into a bowl and mix everything together until you get a shaggy mass of dough. For the proper blending of all the ingredients, we need to keep all our ingredients at room temperature. Yeast always love a sweet and warm environment to bloom up.So it will be good if we use slightly warm milk. Knead the dough for 4-5 minutes or until you get a soft and hydrated dough. If you follow the measurements in grams, then your dough will be of consistency, but if you are using cup measurements, the texture of the dough may differ slightly as cup measurements are not accurate. So we should know the consistency of our dough. It should be soft and well hydrated dough. The final dough will not be sticky but still tacky to the touch. Flatten the surface of dough a bit and Let the dough sit on the counter for 5 minutes. Don’t forget to cover it with a bowl to make sure the dough will not get dry. This is not for proofing the dough, but this will prevent the tendency of the dough to rebound back while rolling.

DIVIDE AND SHAPE THE DOUGH
Roll the dough into a rectangle of approximately 17-18 inches in length and 14-15 inches in breadth and 1/4 th of an inch thickness. Smear the butter evenly on the sheet of dough, and then sprinkle the cinnamon sugar and spread it evenly. Roll the dough into a long cylinder of 17-18 inches in length. Divide the rolls into 12 equal pieces. Place the rolls on a well greased baking dish or a baking dish lined witha parchment paper. Cover the tray with a plastic film.

PROOF THE ROLLS
Let the rolls proof for 60 minutes or until they puff up nicely.