Super moist chocolate layer cake that is simple to make and full of fudgy goodness. 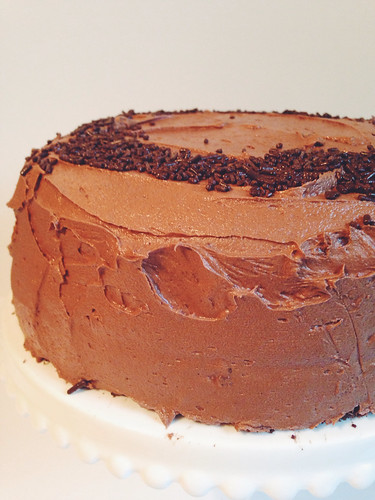 Chocolate cake is not a hard sell.

Two layers of fudgy cake, separated by a thin layer of frosting.

And then the entire thing is smeared with chocolate buttercream.

My resident chocoholic was clamoring to lick the bowl when I was done.

And I don’t blame her.

I mean, unless you don’t like chocolate, I don’t need to write three paragraphs of text to tell you how good this was.

Or that you should make it.

It’s not like we’re talking about green beans here.

But just in case that’s not enough…

END_OF_DOCUMENT_TOKEN_TO_BE_REPLACED