A hearty, nutritious stew with all natural ingredients that your pups will love you for. 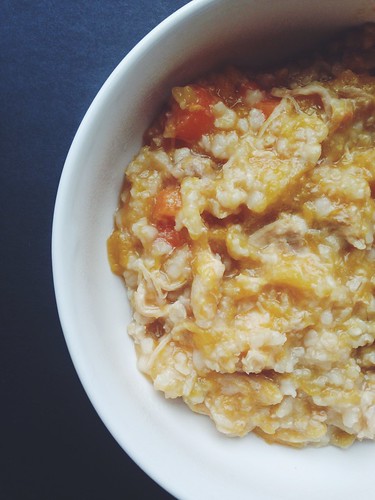 I probably cook for our dogs once a month, sometimes more often. Everything from just boiled chicken (shredding the cooked chicken to mix in with their dry food and saving the “chicken water” as another mix-in) and peanut butter and bacon dog treats, to full-on stews. I do it for a variety of reasons, but most recently it has been because Merry hasn’t been feeling well the past six weeks or so. At the last vet visit, the doctor reported that she had lost a bit of weight; luckily, though, she hadn’t lost her appetite.

We have done a battery of tests and tried different medicines over the past month and a half in an effort to figure out what is wrong with her. I knew something wasn’t right, and just didn’t know what … until yesterday.

The short version is that we have found out that she has huge masses in her lungs. While it is good that we finally have a clear answer, unfortunately it couldn’t be worse news. The vet is hedging on her being with us for another 1-3 months, and sometime during that time we will likely have to make a very tough call and let her go. The kids are understandably upset, they do love her so, but because there is nothing final happening now, they are not having to deal with the true finality yet. Although Merry is a pain in the arse sometimes, she is our pain in the arse. She was our first official foster, and has been with us for only a year and a half. The rough guesstimate on her age is six, and well, that’s so young for her to be dealing with something like this. So we have pain medication to help keep any breathing struggles at bay and from now until whenever, we will spoil her rotten.

Her continued appetite is a good sign. Case in point, she downed six chicken nuggets on the way to the vet yesterday.

And we make stew.

Although this recipe was specifically written for dogs, it doesn’t have anything weird in it and is totally human-friendly too. I chopped, chopped, chopped for what seemed like a half hour on Sunday morning. Then I threw everything in the crock pot and headed out to do a few quick errands with the kids. By the time we arrived home a few hours later, I had forgotten all about it.

Until we walked in the door and smelled it.

These are some lucky dogs. Lung masses notwithstanding.

And as I scooped some in a bowl to take a picture, I was sorely missing being able to eat butternut squash. Soon enough.

The stew is full of good things for pups, and it made a nice quantity. With one batch, I have enough for the week for our two dogs, and my parents’ dog, mixing a little bit in with their dry dog food every night for dinner.

Food is love. And in this limbo stage while Merry is still with us, we’re going to give her as much as we possibly can.

Place the squash, celery, and carrots in a large slow cooker. Top with the chicken, broth, and rice. Cover and cook on high until rice is tender and chicken is cooked through, 4 to 5 hours. (Leftovers can be refrigerated for up to 4 days or frozen for up to 3 months).