Since I was putting away some of our Christmas decorations this past weekend, I thought it was a good opportunity to snap some shots of a few of my favorite new additions. If you’ve been visiting Sweetnicks for awhile, you know one of our holiday traditions is my food-and-drink themed Christmas tree. I started it in 2009, with a little tabletop tree in our kitchen, and it has grown bit by bit since then. Two years ago, I upgraded to a six foot tall, skinny tree that was relocated to our dining room. I hate to say it, but that new, bigger tree is already looking pretty full, but I think we can squeeze at least another year or two out of it.

Now that we’re five years in, I’m a little more particular about what ornaments we add to the tree.

Because we have a LOT of cupcakes.

And here we go. 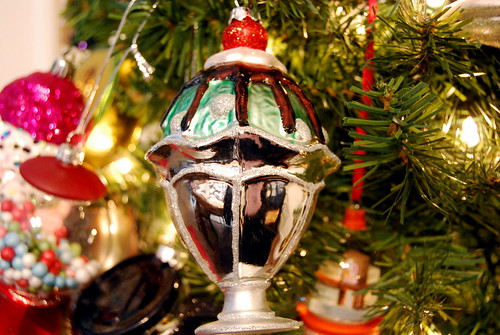 I love this Mint Chocolate Chip Ice Cream Sundae. I got it at the end of the holiday season in 2013 from Macy’s, and mint chocolate chip just happens to be Nick’s favorite ice cream. Peeking behind it, you can see a glimpse of a gumball machine ornament, a new find this year from Target. 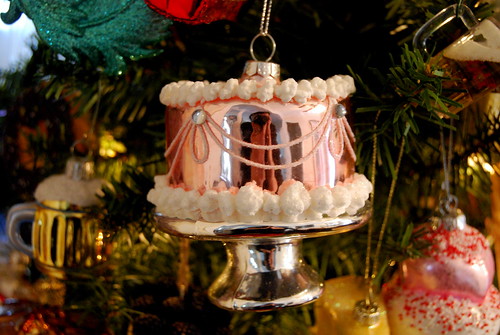 Oh how I love this ornament. Also bought after Christmas from Macy’s a year ago, but it hadn’t appeared on our tree yet. You wouldn’t believe the amount of trouble this ornament caused me. The first time I bought it, I got it home and it was broken. Went back, found another one at Macy’s and as I was holding it up, it came undone from the spring and fell to the floor and broke. Found another one, got in line to pay and as I’m holding it, it fell and broke. By then, onto the fourth ornament, I was bound and determined to get the stinkin’ thing home – it was too gorgeous not to! Thankfully I did, and it miraculously survived a whole year in a storage box. 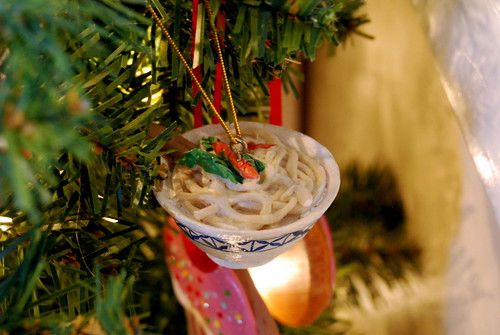 This little ceramic noodle bowl (and one other similar one) was an early season find at Cost Plus World Market. I was first introduced to that amazing store on a trip to Seattle in 2011. FINALLY, they have opened one up in New Jersey. They had a few food ornaments (two for $5!) that I grabbed when I first saw them. 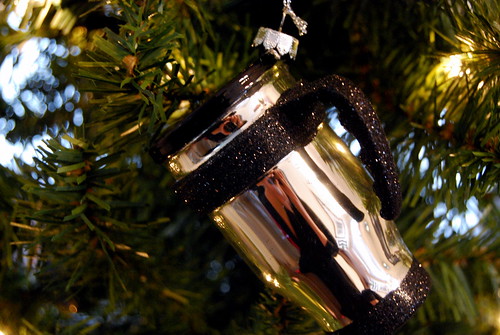 Coffee mug from Target this year. 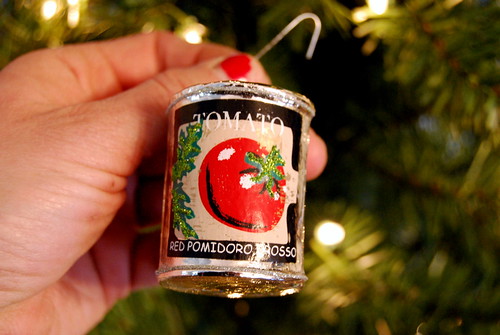 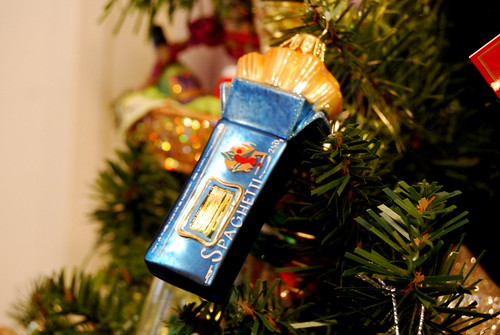 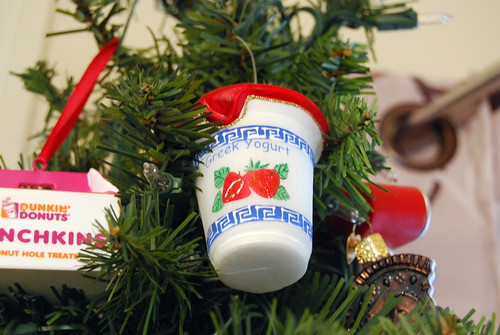 At the end of the 2013 holiday season, Sur la Table had an amazing blowout sale and I seriously took advantage. I added this tomato can, a box of spaghetti, the Greek yogurt, and um, a few more. Love their ornaments, but can’t afford them until the deep discounts start. 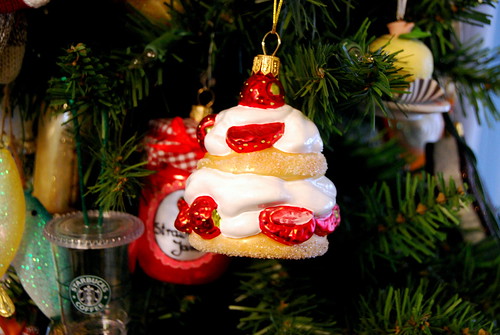 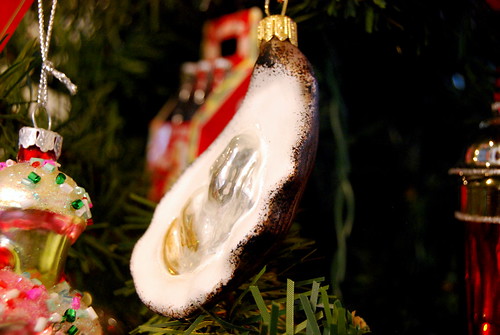 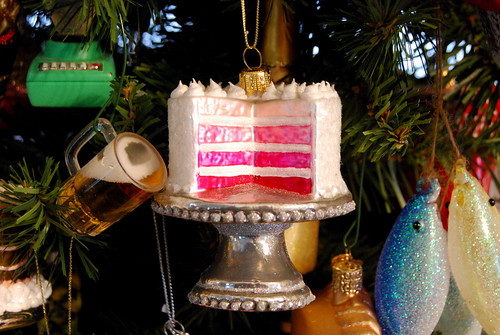 Those three also all come from Sur la Table, but this past year. A dear friend patiently sat in the store and texted me pictures of all the ornaments (and, thankfully, they were on sale). I narrowed my choices down to four. I love raw oysters, so that one was not only beautiful, but perfect. And the pink layered cake reminded me of our favorite rainbow cake, and, of course, PINK. And the strawberry shortcake one was a fun addition. Not pictured is a gorgeous cinnamon roll ornament, which is perfect for Nick. He looooves cinnamon rolls.

Another friend tracked down the uber-cute gingerbread man from Shake Shack, my mom found several more ornaments at Kohl’s this year (she always has the best luck there!), and my sister snagged a bacon ornament from an airport of all places – I love that everyone has their eyes open for me. It’s like a fun community project!

But as much as I love the tree and twinkly lights, everything is now all tucked away until the next time. 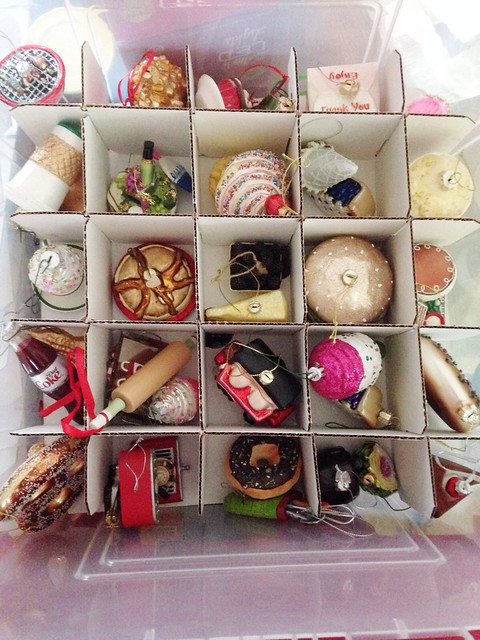