This post is sponsored by HP. Despite that, all thoughts and opinions are totally mine.

Today marks my first full week on Whole30, and I will be the first to admit, it hasn’t all been smooth sailing.

After you’re past it, you have a different perspective.

Because Day Four was rough.

As I mentioned, it’s basically like clean eating, which I know and love, kicked up a notch.

Because it also means no gluten, grains, dairy, or sugar.

And on Day Four, that sugar detox was legit.

I think I believe them.

And aside from the sugar in my coffee and an addiction to sugarless gum, I consume very little sugar.

Which means this would have been way harder for someone with a sweet tooth.

But I’m here to tell you, it’s ok on the other side.

Of course I’m not done. Twenty-three days to go. But I think I’m coming into an easier week.

So I thought I would share Four of the Best Things I’ve Eaten While Doing Whole30. 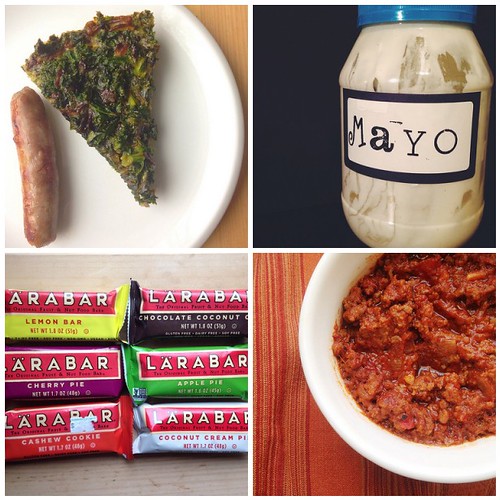 Egg and Kale Breakfast Quiche – This was the perfect way to start off the week, along with a side of Whole30-compliant sausages. I made it on Sunday and it gave me an hearty heat-and-eat breakfast to bring to work.

Homemade Mayonnaise – It might seem odd to choose this as one of the best things I’ve eaten all week, and it’s not the mayo itself necessarily, but the fact that making it and having it on hand (I make a weekly batch) means that I can easily have chicken salad, tuna salad, egg salad, and even deviled eggs (which I included at a birthday brunch yesterday). All those things are delicious, and ok while doing Whole30 as long as it’s homemade mayo. And honestly, warm rotisserie chicken with a smear of homemade mayo for dipping on the side is downright decadent, and makes for a ridiculously east weeknight meal (or lunch).

Lara Bars – Sometimes when you’re on the run between work and school and fill-in-the-blank, you can’t always plan ahead. And one of the biggest keys to success with Whole30 is definitely planning ahead. IMHO. You’re not allowed to eat Lara Bars as a dessert or if you need a sweet fix, because it’s defeating the whole purpose of the program and rewiring your thinking. But it IS ok if you’re stuck somewhere and can’t find something that is Whole30 to eat. It kind of makes this a godsend. Not all Lara Bar varieties are Whole30 approved; the ones that are include: Cherry Pie, Lemon Bar, Coconut Cream Pie, Apple Pie, Banana Bread, Carrot Cake, Cashew Cookie, Chocolate Coconut Chew, Key Lime Pie, Pecan Pie and Pumpkin Pie. I’ve had the Coconut Cream Pie bar and it’s awesome.

Chili – I will be posting the chili recipe later this week, and whether you’re doing Whole30 or not, it is amazeballs. Exactly what you need to warm you up with the frigid Winter temps we’ve been having lately, and you don’t feel deprived at all. Of course, with no dairy allowed, you’ll have to skip the sour cream and cheese toppings, but feel free to pile on the salsa and guacamole.

I have recently joined forces with HP and their partnership with Meghan Trainor and her current “That Bass Tour.” When I heard about HP’s new x360 laptop and that this project involved Meghan’s first major tour, it didn’t take much for me to sign on the dotted line.

And I’m a huge fan of song lyrics that drives home the importance of body acceptance.

Especially having a daughter.

In the spirit of “something four,” that leads me to share details about HP’s new x360 laptop.

It’s kind of ridiculous in the best possible way.

Throw out the image of laptops from a few years ago.

(I have very vivid memories of lugging my massive laptop on a cruise vacation in Florida a million years ago. What a chore that was.)

The HP x360 completely envelops their hashtag of #bendtherules.

Because you can totally bend the screen and keyboard and use it four different ways. 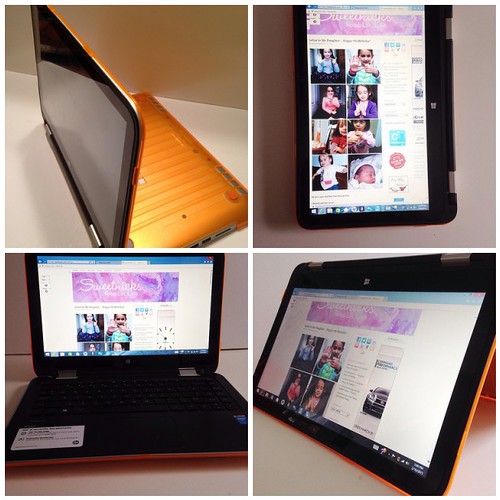 This ain’t your mama’s laptop, that’s for sure.

The folks at HP are hitting the road with pop star Meghan Trainor for her entire US tour, and they will be sharing many behind-the-scenes peeks. You can follow along at the HP Meghan Trainor That Bass Tour page right here.