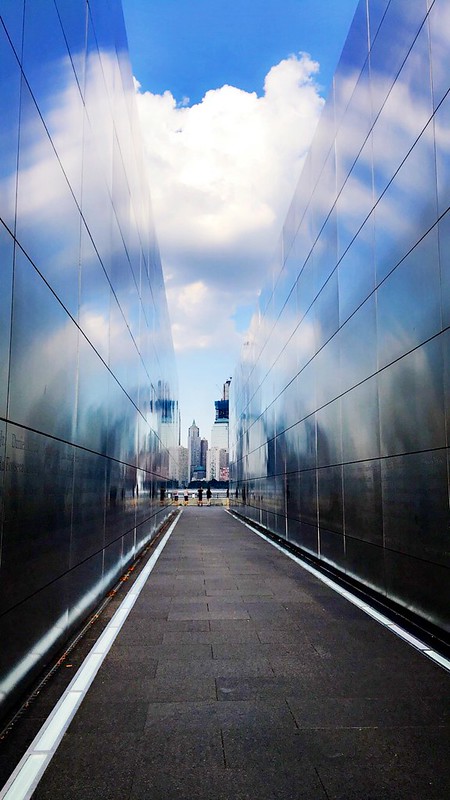 I had seen pictures of Empty Sky Memorial on Instagram over the past few years and made a mental note that I wanted to stop by and visit it with my kids. It’s different that any of the other memorials that we’ve seen, and despite the fact of the sober reminder of what it represents, it’s really beautiful. There was a design competition with 320 entries received, and this was chosen by unanimous vote from the Families and Survivors Memorial Committee, and it’s no wonder. Paying homage to victims of both the 1993 World Trade Center attack, and the September 11, 2001 attacks in New York City, Washington DC, and Pennsylvania, its goal is to “reflect the legacies of those whose lives were lost, that their unfulfilled dreams and hopes may result in a better future for society. Their unique qualities and characteristics enriched our lives immeasurably and through this memorial, their stories live on.”

The memorial features twin walls with a path that leads towards a view of Ground Zero, and the walls are exactly 1,776 tall, a nod to the year the Declaration of Independence was signed. The two thirty-foot towers are the exact width of the World Trade Center Towers, and the names of the victims are etched into the stainless steel. The name, “Empty Sky” comes from a Springsteen song of the same name where he sang about the empty sky where the towers once stood. 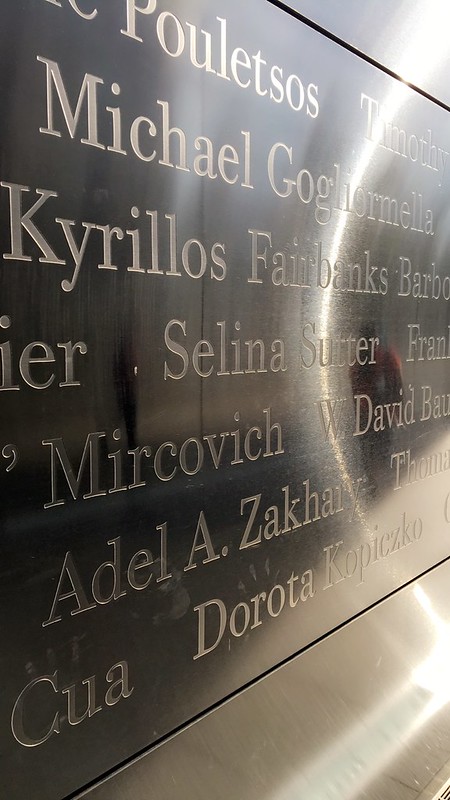 When the project idea and plans originally surfaced, there were some protests, and even a lawsuit, because some people didn’t want the memorial in this particular location because it would block the view of the Manhattan Skyline. The New Jersey State Superior Court eventually overruled the opposition and supported the state’s decision to erect the memorial here, and as you can see from the photo below, you can still see the beautiful Manhattan view. 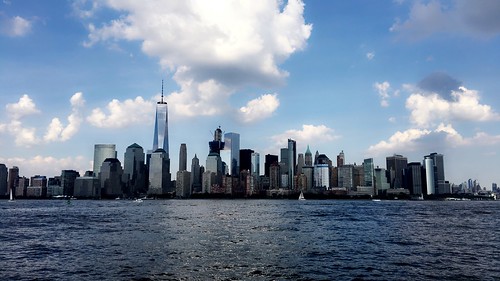 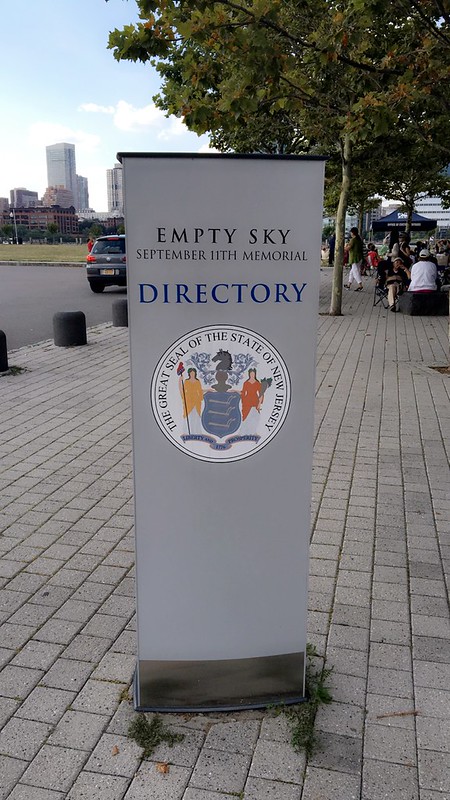 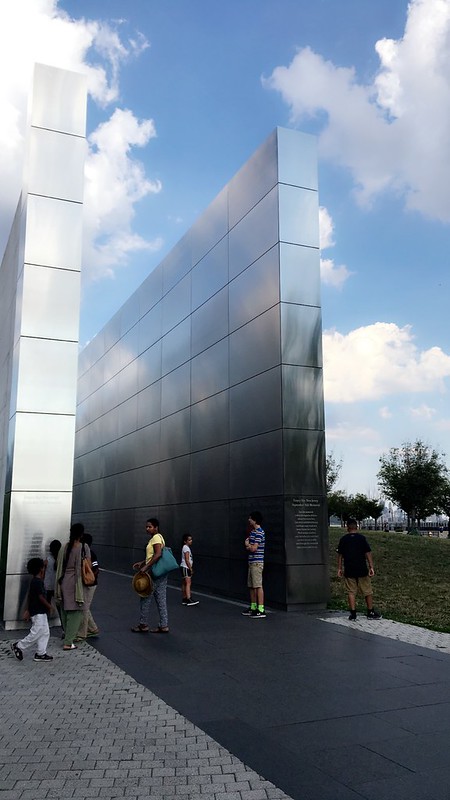 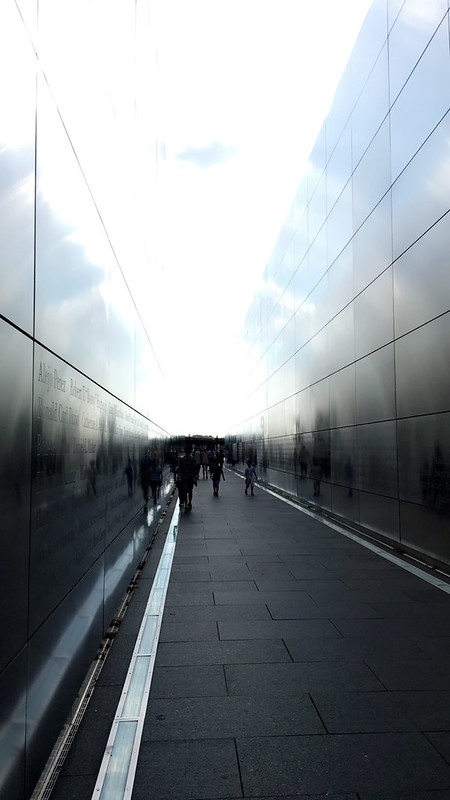 On the afternoon we visited, there was live music, kids running around, and, if I remember correctly, a food truck or two. I’m not going to lie … I wasn’t a fan of so much joy happening at a memorial site, but it was a beautiful day and people were living life. It’s just a strange dichotomy.

If you happen to be in the area, or are looking to share something like this with your family, it really is a stunning memorial and a beautiful way to memorialize that awful day and honor those that paid the ultimate sacrifice. The Harbor View 9/11 Memorial is another one in Bayonne that we accidentally stumbled on a few years ago. A completely different type of memorial, and more somber and quiet.

For other things to do in the area, you may also want to check out the Harsimus Cemetary (I haven’t seen the goats on recent visits, but it’s still an interesting cemetery to check out), and the Krispy Kreme mothership.