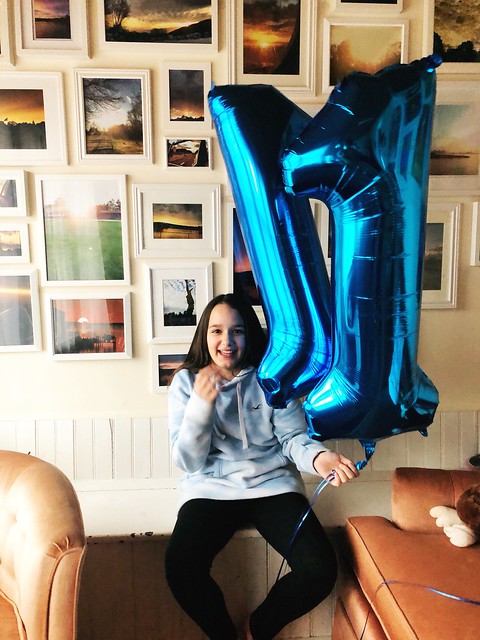 I went to go look up my last “Letter to My Daughter,” and just noticed I’m missing two years. UGH.

As for this year, I’m a few days late, but I wanted to make sure to get the words and photos here. I hope that one day when she’s older, she’ll look back on these letters with fondness and know how much I love her.

Two weeks ago, she sent me a link of a simple pearl necklace and asked me to buy six of them. She wanted to give them to five of her closest friends, so they would know how important they were to her. Giving FRIENDS a gift right before HER birthday just so completely sums up the type of person she is.

A kid with the hugest heart I know.

She continues to be the pickiest eater around, but her brother was at her age as well, so I’m clinging to the hope that she will eventually grow out of it. In the meantime, she basically eats buttered noodles, chicken fingers, chocolate croissants, Nutella toast, Nutella waffles, ham and cheese sandwiches from Panera (which is what she requested for dinner on her birthday), and tacos with just meat and cheese. 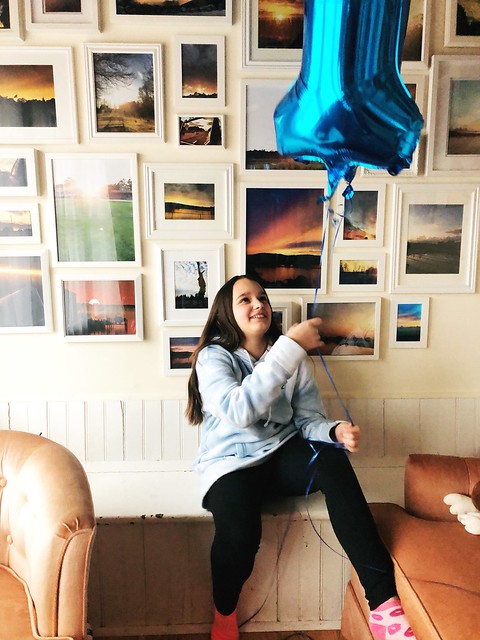 Madeline is in her second year of competitive cheer and seriously eats, sleeps, and breathes cheer. Any time she catches me complaining about the schedule (four evening practices a week and competitions every weekend), she reminds me that SHE’S the one doing all the work, and I’m just driving (and paying!). And she’s, of course, right. And given that her weekly commitment means eight hours of practice a week, that tells you just how much she loves it.

She’s in year six of Girl Scouts, and we’ve been seriously blessed with our troop. With 16 girls currently in our troop, it could give way to all sorts of drama and nonsense, especially as the girls are approaching middle school, but we have been very lucky to side-step any of that, and have a really supportive group of parents on top of it.

She loves to watch YouTube, FaceTime her friends, and spends countless hours on the trampoline practicing her stunts. She is the loyalest person on earth and has a crazy amount of compassion. Last weekend, after her competition, I came home and crawled into bed. I seriously couldn’t stay awake and didn’t know a migraine was on the way. She stayed in my bed with me for SIX HOURS just to keep me company and to make sure I was ok. She is a people pleaser and hates the thought of anyone being mad at her. Every once in awhile she gets a little snippy or loud and has a bit of a feisty temper, but she always chases it with an apology right away, because she seriously can’t bear the thought of upsetting anyone that she loves. She is a little spitfire, for sure.

She’s finishing her last year of elementary school this year, and is ready to move on to middle school. She was just elected Safety Patrol, loves to read and is a late adopter to Harry Potter but is halfway through the series. I swear, most of the time when I buy her a book at the bookstore, it’s finished before we even get home. A fact that she knows makes me crazy, since books are not cheap, but I try not to say anything because how can I fault such a voracious reader?

She adores her brother and thinks he hung the moon, and as we’re in the midst of college tours for him (!!), she’s mentioned more than a few times that she doesn’t want him to move out. Neither do I, so I was more than a little happy to see his short list of colleges are within a 3 hour radius.

She takes her cat, Jackie, in her room every night and has trained her to know that that’s where she belongs. If Maddie goes to bed and closes her door, and Jackie isn’t in there yet, she’ll scratch at the door to be let in. Maddie still adores all animals and still wants a career working with them. Since she was five years old, she has wanted to be a vet, but lately it has changed ever so slightly … only because she can’t bear the thought of putting animals down.

She’s got a busy birthday weekend planned, celebrating with family and friends, and is counting down to it, along with her Nationals competition next weekend.

She asks for so little, but gives so much, I feel lucky every day to be her mom.

Love you to the moon and back, kiddo! 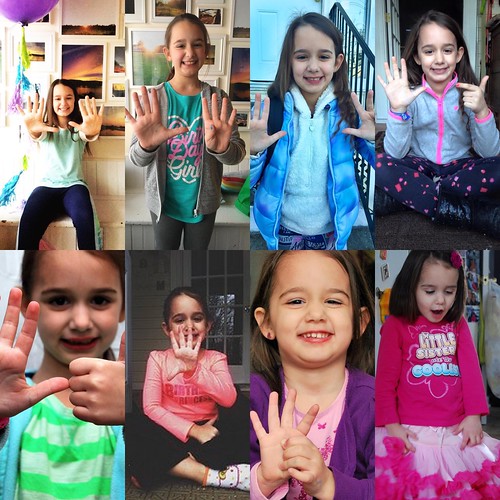